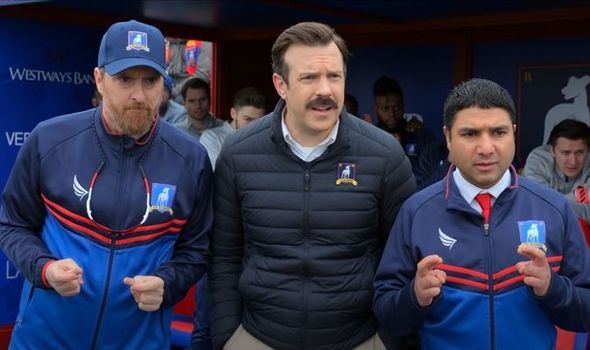 The story features Ted, a beloved American football coach, who accepts a post of a European football coach in England for the faltering Premier League team A.F.C. Richmond. However, Ted is not warmly welcomed over there, as the team is naturally wary of hiring an untested American as their instructor.

There is no official news about what will happen in Ted Lasso’s season 3, however, we can speculate about where season 3 might go. Tartt may finally turn his back on his cruel father and assist Richmond in their mission to come back to the Premier League. The 3rd season of Ted Lasso is going to be a roller coaster ride for the characters and fans as well.

Season 2 of Ted Lasso is premiering on 23 July 2022. To watch the series, the viewers will need to pay for Apple TV Plus, as the show is not available on any other provider platform. There are a total of 13 episodes of season 3 of Ted Lasso and Apple TV Plus can probably release the first three episodes on July 23 and then the remaining episodes one at a time on each Friday.

The Cast of Ted Lasso Season 3

The cast will include Jason Sudeikis, who will play one of the main characters, Coach Ted Lasso. We will also get to see Hannah Waddingham who will portray the role of Rebecca Welton, the team owner, and Brendan Hunt who will characterize Coach Beard, who is also like a right hand to Ted. We can also see Nick Mohammed, Shelley Juno Temple, Phil Dunster, Sam Obisanya, Cristo Fernandez, James Lance, Kola Bokinni, Jeremy Swift and Annette Badland. There’s no more news related to the cast of season 3 of Ted Lasso yet.

Bill Lawrence, the co-creator of the show met with comincbook.com and indicated that the drama would end with its 3rd season. He did add, though, that if the rumor is genuine, the drama could perhaps get a fourth season. The reaction and viewing figures of the 3rd season of Ted Lasso will most likely reveal the drama’s fate.

Netflix Announces its Most Viewed TV Shows of All-Time