The song was released on May 14, on the eve of the celebration of the International Family Day which is celebrated this Sunday the 15th.

Also participating in the song are Celines Días, from the Dominican Republic; Si7 Música, from the United States; Nathalí Paredes, from Peru; and Carlos and Carito, from Venezuela.

According to a press release from Paz y Bien Music, the song is launched as part of the Family Yearconvened by Pope Francis for the fifth anniversary of the publication of his apostolic exhortation Amoris laetitia, on love in the family.

The note also indicates that the video of the song was broadcast at the second meeting of family ministry agents from Latin America and the Caribbean, which took place on May 14 and was organized by the Latin American Episcopal Council (CELAM).

The lyrics and music of “Aquí está mi familia Señor” have been composed by the marriage of Venezuelan Catholic singer-songwriters Nenita Ferrer and Fernando Carreño, who make up Paz y Bien Music and who reside in Santa Marta (Colombia).

The Year of the Family called by Pope Francis began on March 19, 2021, on the Solemnity of Saint Joseph; and will conclude on June 26, 2022, when the X World Meeting of Families is held in Rome.

In a letter sent to married couples around the world in December 2021, the Holy Father reminded spouses that their children “watch you carefully and seek in you the testimony of a strong and reliable love”.

“How important it is that young people see with their own eyes the love of Christ alive and present in the love of married couples, testify with their concrete life that love forever is possible!”.

Today we celebrate San Juan Nepomuceno, martyr of the secret of confession

Mon May 16 , 2022
San Juan Nepomuceno is, without a doubt, an illustrious model of what the protection and fidelity of a priest means in the face of the sacrament of confession or sacramental seal. He is considered the first martyr of the secret of confession, that is, he preferred death rather than betray […] 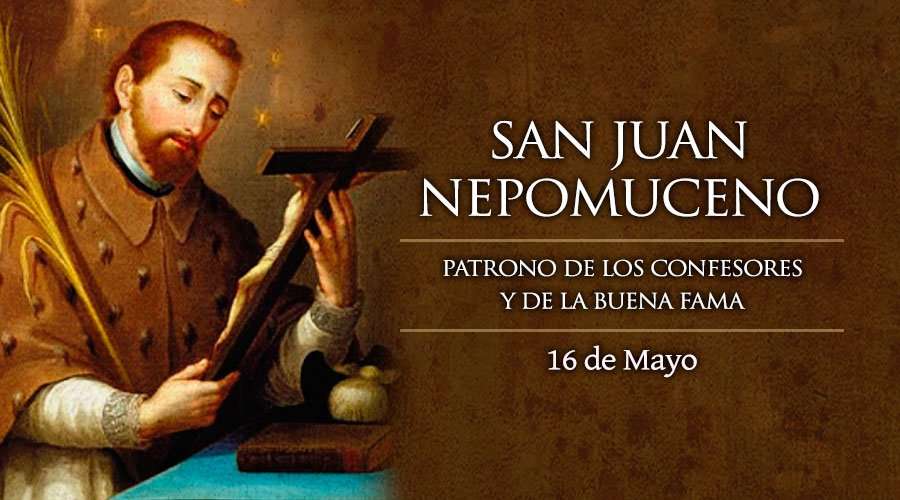