This Saturday, during his visit to the Sanctuary of Our Lady of Ta’ Pinu on the island of Gozo, in Malta, a local Catholic had the opportunity to give a testimony of his faith, assuring that Pope Francis, like a father, came to “to confirm us in the faith”.

“Dear Pope Francis, your visit to Gozo, which we tenderly call ‘the island of the three hills’, at the foot of this Marian sanctuary so dear to our people where the most beloved religious icon of our nation is venerated, takes place in a truly providential period”, said the Maltese citizen Francesco Pio Attard, during a round of testimonies that were pronounced in the atrium of the temple.

And he stressed: “As a father who cares so much about his children, you came to confirm us in the faith, that faith that the apostle Paul brought us when the ship he was traveling on sank on our shores.”

This April 2, in the atrium of the church, there were more than 2 thousand people seated and others who remained standing in the surroundings who came to listen to the words of the Holy Father.

Francesco pointed out that although Malta is a Catholic nation, it is made up of “a social fabric with many different realities”. For this reason, he considers that the faith of the Maltese people “is today confused between the religious traditions that we have inherited and the authenticity of Christian discipleship”.

“More than ever, our church is called to be prophetic, to offer an alternative to indifference, to be a companion to wounded hearts, to answer questions about life and death, to be water that quenches the thirst of the aridity of many hearts”, said Francesco addressing the Pope.

In this context, he thanked the Pontiff for his “precious teaching”, and assured that his compatriots feel “called more than ever to be missionary disciples”.

“Dear Pope Francis, etymologically the name of Gozo means joy. Our hearts today are full of joy for your presence among us. We express our gratitude to you as we did to your predecessor Saint John Paul II, who chose to visit us to confirm us in the faith of the risen Christ. We assure you of our prayers so that your mission continues to guide the path of the holy people of God”, he concluded.

Another testimony was given by Domenico and Sandi, a 29-year-old couple that has suffered many difficult moments, especially when Sandi was diagnosed with multiple sclerosis in their fourth year of marriage. They both have a daughter named Nicole.

Her husband assured that “the experience of suffering that we have lived and that we continue to live together, has not only not destroyed or distanced us, but has also united us even more, strengthening us in mutual love as a family.”

“Slowly the Lord gave me the grace to understand little by little that this was my mission: to be close to my wife and to carry the cross with her,” he said.

Jennifer Cauchi, another Catholic who was able to give her testimony of Christian life, referred to the Sanctuary of Our Lady of Ta’ Pinu as a “sweet home” from where the Virgin Mary “continues to call and give hope to the pilgrims who come to visit her: young people, old people, families, religious men and women”.

“Here everyone feels welcomed and everyone can leave their sufferings and joys at the feet of the Mother (…) Our prayer to her never ceases, so that Our Lady Ta’ Pinu continues to accompany and protect him in his mission,” he added.

The Basilica of the National Shrine of the Blessed Virgin of Ta’ Pinu became a popular pilgrimage destination for the Maltese in the late 19th century after a farmer named Karmni Grima said she heard the voice of the Virgin Mary, who called her to pray there.

The original Ta’Pinu chapel dates back to the 16th century, but it received so many pilgrims that a larger basilica shrine was built on the site between 1920 and 1931.

Today we celebrate the Fifth Sunday of Lent 2022

Sun Apr 3 , 2022
This April 3 the Catholic Church celebrates the Fifth Sunday of Lent. Today’s Gospel corresponds to the reading of John 8, 1-11. Below you can read the Gospel and the homily of the Bishop of Santa María de los Ángeles (Chile), Msgr. Felipe Bacarreza Rodríguez: Gospel of the day John […] 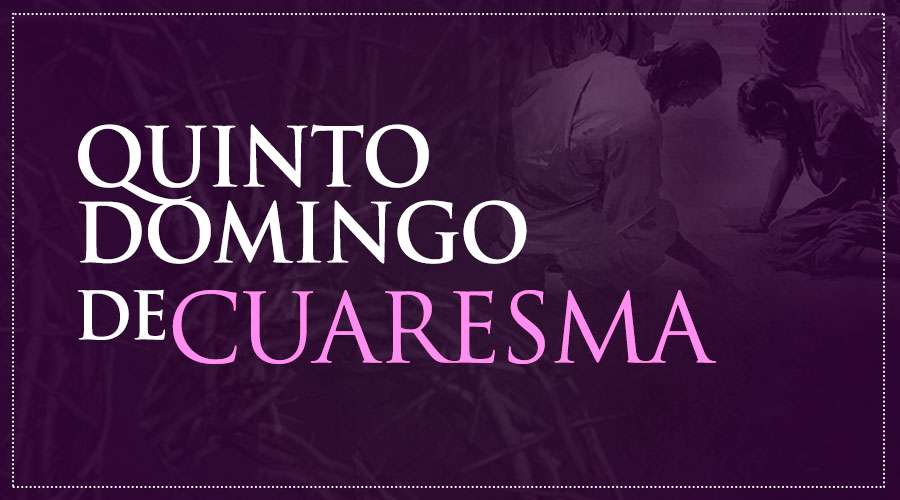