Whether in marvelous productions, there is ‘Doctor Strange’, in great sagas such as ‘Fantastic Animals: Dumbledore’s Secrets’, or in winners of the Oscar for Best International Film, the case of ‘Another Round’; Mads Mikkelsen always gets applause. Without going any further, for the aforementioned third installment of the ‘Fantastic Animals’ saga, he is receiving compliments that place him above Johnny Depp, an actor who previously played the same character that he now embodies. Of course, his success stems from an interpretive approach that has nothing to do with the ‘method’.

At least this is what is deduced from Mikkelsen’s rejection of a technique used by acclaimed stars of the movie mecca, such as Daniel Day-Lewis, Lady Gaga, Christian Bale or Jared Leto. For Mikkelsen, that thing about method actors is “nonsense”, and he expresses it so sincerely in an interview with GQ.

This actor acknowledges that he is very meticulous when it comes to developing each of his characters “but the preparation can drive you crazy. What if it’s a shitty movie? What do you think you get with that approach? Impress with what Didn’t you drop the character? You should have dropped it from the beginning! Or, how do you prepare for a serial killer? Are you going to spend two years watching one?” Faced with this severity, the journalist who signs the piece, Elle Hunt, asks him if he would like to work with one of the most notorious defenders of the method, Day-Lewis, something to which Mikkelsen responds with “I would have a great time”, and then adding that the whole thing around the technique seems “just pretentious. Daniel Day-Lewis is a great actor. But it has nothing to do with it.”

Mikkelsen further adds that in many cases method actors are applauded simply for going to extremes in approaching a character, “the media says, ‘Oh my God, he took it so seriously it must be fantastic; let’s give him an award'”, something that has nothing to do with the skills of an interpreter.

Along the same lines, Mikkelsen gets into the lack of criteria when it comes to approaching more serious issues, such as everything related to the opinions of JK Rowling, author of ‘Harry Potter’, on issues such as feminism or transsexuality . “People treat it a little flippantly, like, ‘Isn’t that a shame?’ And every time you ask somebody, you really don’t understand what they said [Rowling]. We have to be very careful and try to know what we are talking about. I have a habit of not commenting on things I know nothing about, and in fact I think that would be good for everyone.”

Sat Apr 9 , 2022
Fr. Omar Sánchez Portillo, known for his intense solidarity work in favor of the poorest and most needy in Peru, recently confirmed that he has cancer and asked for prayers. The Peruvian priest is director of the Association of the Beatitudes, which for several years has served hundreds of people, […] 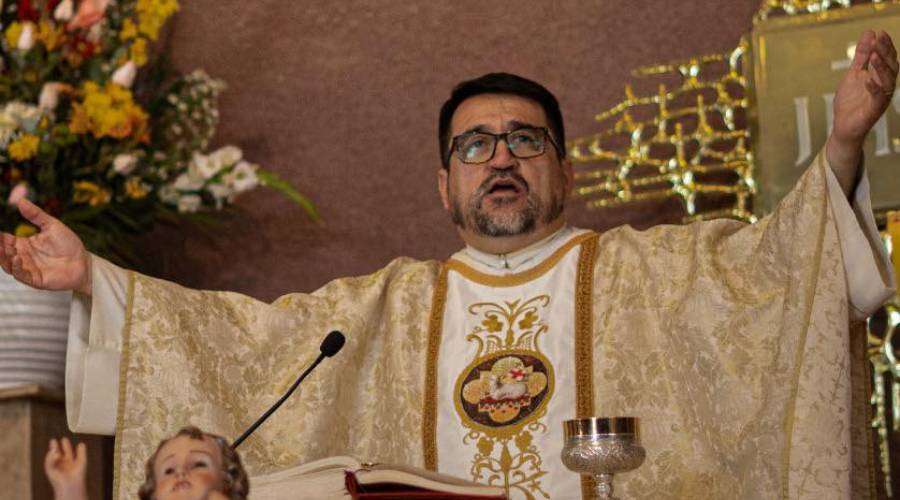