It’s almost been three years since the Love Island franchise found its way into USA, and impressed geh the audience. Love Island USA is an adaptation of the popular British reality show, Love Island. Besides USA, the franchise has marked it’s reign in several other countries such as Australia, Finland, Germany, Sweden, Poland, etc. The third season of the famous reality show just dropped on July 7 and already a lot of people have packed their bags out the villa. Will the creators renew Love Island USA Season 4? Here’s everything we know.

As a matter of fact, Love Island USA Seasons 1 & 2 were filmed in Fiji. But that was not the case with Love Island USA Season 3. All thanks to COVID-19. The fast-spreading virus in the region shifted the shooting location from Fiji to Hawaii. Henceforth, Love Island USA Season 3 is shot in Hawaii. According to sources, the contestants are registered at opulent Grand Naniloa Hotel. So far, Christian, Roxy, Lei-Yen, and Isaiah have already been sent home. Besides these people, Slade Parker was also kicked out of the villa as soon as he entered it. However, host Arielle Vandenberg had already mentioned that the third season is full of plots and twists.

Is Love Island USA Renewed for a Fourth Season?

However, nothing is official yet but some sources reveal that soon rhe franchise will release the application form for Love Island USA Season 4. They also speculate that the forms will be available on the franchise’s official website. Although such rumors are spreading all around, we can’t rely on them until they are official. Love Island USA is open for anyone who is older than 18 and not more than 35 years of age. Besides that, the creators expect the contestants to portray honesty. Moreover, the contestants should have a sense of warmth and openness of finding true love.

Each season of Love Island USA has a set of new cast. Henceforth, it is quite unpredictable at this point of time. Once the show is renewed for a fourth season, we might predict a few people based on the rumors. Here is a list of those people who joined the third season.

Love Island is all about people coming together at a resort or villa looking for love and connection. Similarly, Love Island USA Season 4 will also follow the similar plot. People from various regions will come to spend quality time at the villa and find their true connection. However, one must not ignore the set of dramas that are involved in the show as well.

How to Watch the Show?

Love Island USA premieres new episodes on every Tuesday, Wednesday, Thursday, Friday and Sunday at 9 PM exclusively on CBS. Besides that, bonus episodes drop on Paramount Plus every Monday.

Cooking with Paris Season 2 Release Date, Plot & Everything We Know Yet

Thu Aug 5 , 2021
Season 2 of the amazing show Cooking with Paris is all set to make noise with its all-new episodes on Netflix. This show is presented by Netflix and you can watch episodes one after the other when it gets released. The first season of this show is a big hit […] 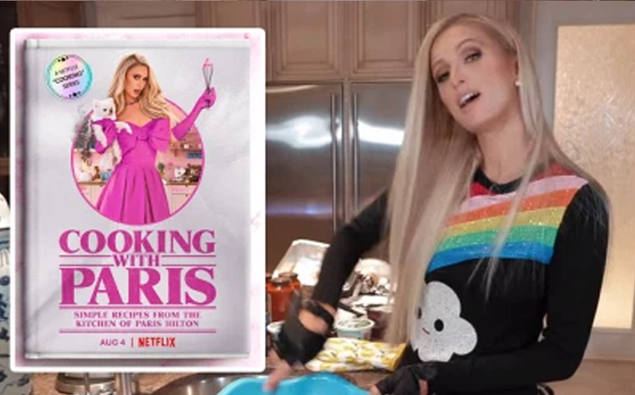