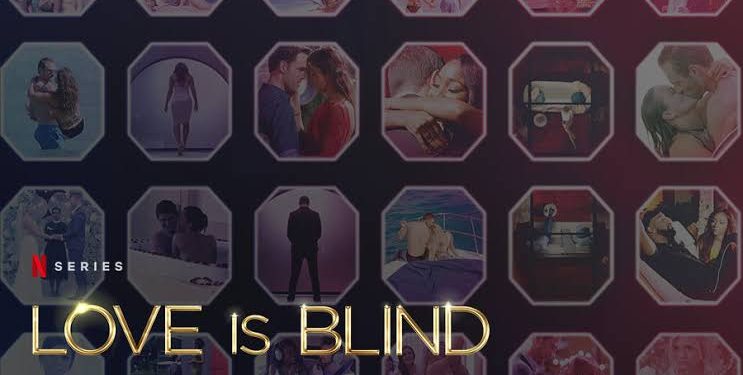 0
SHARES
52
VIEWS
Share on FacebookShare on TwitterShare on WhatsApp

The 2020 reality show Love Is Blind gathered quite a fan-following after an explosive first season. But the heart wants what it wants and we want more. Here’s all we know about Love Is Blind Season 2.

Blind dates aren’t new in the reality tv genre, but blind marriages definitely are. Love Is Blind brings together singles who try to find a good match for themselves and if things go write, they say “I do” and get married, all without seeing each other. The season finale had Amber-Barnett and Lauren-Cameron tying the knots.

Netflix shifted from Atlanta to Chicago for Season 2 to choose their cast members from. Vanessa Lachey and her husband Nick Lachey (winner of Season 5 of Masked Singer) will host the show. The cast from Season 1 won’t be returning as they’ll be familiar faces and that will go against the idea of the show, so Season 2 will have all the new faces.

Even though the show was renewed for 2 more seasons last year, the release date remains a secret after the pandemic disrupting production. We can expect it by the end of 2022 if we’re lucky. Meanwhile, the show’s spinoff “Love Is Blind: After the Altar” will debut on 28th this month.

Love Is Blind Season 2 will probably follow the same format as Season 1. 15 men and 15 women talk to each other through connected pods with a wall between them. After 10 days of pod dates, a man can ask out a woman. If she says yes, the couple (along with other couples engaged similarly) go on vacation together, meet all the people they dated, then move to the same apartment complex where they meet each other’s families and get to know each other better.

At the end, there’s the wedding day. The couples stand at the altar and decide whether to marry or break up.

Who doesn’t like watching strangers falling in love? If that love leads to marriage, it’s a bonus. This is what the show thrives on and delivers to the viewers.

Bitcoin Compass Review 2022: Is It A Scam Or Legit?