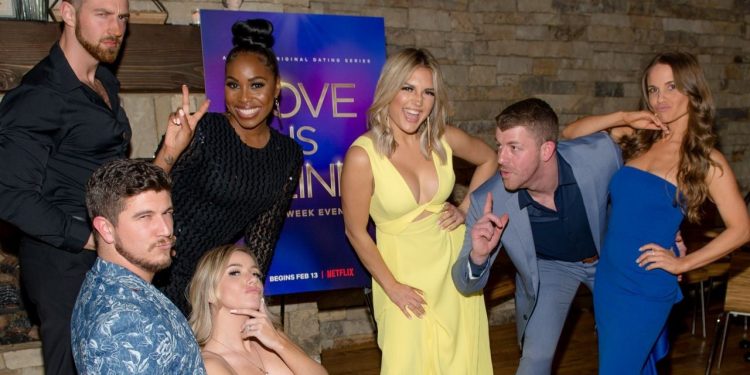 0
SHARES
92
VIEWS
Share on FacebookShare on TwitterShare on WhatsApp

Netflix is coming up with yet another reunion episode of Love is Blind. So, fans, buckle up and indulge yourself in more drama. Love is Blind: After the Altar reunites its cast from season 1 on the occasion of its anniversary. The upcoming reunion has also dropped a trailer and honestly, it’s quite dramatic. Fans are drooling all over Barnett and Jessica’s appearance on the show.

Love is Blind: After the Altar Release Date

The special reunion will premiere on Netflix on Wednesday, July 28 at 12:01 AM PT and 03:01 AM ET. However, Love is Blind is a three parts series. This means that fans will witness three times the drama they saw in the first reunion after season 1 finished airing. We are just as excited as fans in order to know what will happen next week? Is anyone going to reconnect? Will someone clear the air? No matter what happens, drama is going to remain constant.

What to Expect from Love is Blind: After the Altar

The married couples from the original series, Lauren & Cameron and Amber & Matt are returning for the reunion special. In order to honor their love and connection, a party is thrown and other casts are returning as well. They say, “time heals everything”. But is it true? Time can definitely make the heart grow tenderer but that doesn’t erase past grudges and heartbreaks. Fans are going to witness a lot of drama in Love is Blind: After the Altar. While several contestants are still looking for love, Jessica and Barnett have the next level of drama revolving around them.

What is Love is Blind All About?

Love is Blind is a reality show that debuted last year in February. Within a short span of time, the show managed to get a good fan following. The show follows a simple yet complicated way of finding love. However, the participants are supposed to find their true match without seeing each other and connect on an emotional level.

Netflix's The Secret Diary of An Exchange Student Release Date, Cast, and Much More