We have repeatedly pronounced ourselves very positively about the recovery of his catalog of old classics Square Enix has put in place over the last three years: old glories published on platforms that have made the history of the videogame medium, such as Super Nintendo, which perhaps had never left Japanese borders or, having reached the United States, had completely bypassed the Old World.

Live a lifeoriginally released in 1994, it responds perfectly to this identikit, and after the first hours of play, which we documented in our test a few weeks ago, our curiosity had increased dramatically.

Today we will tell you how our experience was on Nintendo Switch (on Amazon you can find the OLED) with the bizarre JRPG: it’s time for its review.

Seven stories apparently disconnected from each othereight protagonists, nine different chapters to play: even just looking at the numbers, Live A Live seems to start off on the right foot, although it is advisable to clarify immediately that the production values ​​and the scale of the project are not a first-tier title.

We are still talking about a remake of a Super Nintendo title released twenty-eight years ago, which not everyone appreciated and which has won a passionate fanbase mostly thanks to word of mouth, forums on the Net and amateur translation patches – the only way to play it before this operation set up by Square Enix as the developer, with Nintendo as the publisher.

In prehistoric times there was not much for the subtle: zero words and many blows! The Chocobo house has understood that, buried in its forty-year archives, there are pearls of rare beauty, and has decided to slowly bring some of them back to light in the coming months, if we think of the remakes already announced relating to the Front Mission franchise and that of Dragon Quest III: They probably won’t reach the top of the sales charts, but we’re sure they’ll make a large chunk of fans happy.

Each story has its own peculiarityand, despite their brevity, almost all of them manage to remain impressedto convey a clear and rarely unique message: The seven samurai of master Kurosawa, 2001 a space odyssey by Kubrick (to whom we owe the name of one of the seven protagonists, moreover), For a fistful of dollars of the unforgettable Sergio Leone are only some of the most obvious sources of inspiration of the various scenarios, which also recall numerous of the most iconic titles of the Square house.

Each of our readers, we are sure, will develop their favorites among the seven stories told, choosing to impersonate his chosen protagonist when the time comes: from the misadventures steeped in slapstick comedy (and without dialogue) of the caveman Pogo to the near future, in which on a spaceship that floats in space all kinds of events happen, passing through the climb of a young Japanese wrestler to the throne of the best fighter ever.

For our part, for atmospheres and themes, we loved the sortie in Japan in the late Edo period as Oboromaru, the one in Imperial China all based on martial arts and, above all, the one in the Wild West, punctuated by a series of stratospheric pieces to accompany the tension of the duels.

There is something for everyone and, although at times there is a lack of a more cohesive and structured narrative, this is balanced by the constant sensation of freshness and the continuous surprise in the changing of scenarios and characters. The skill of the writing team is inherent in the be able to make memorable characters who are given very little screen time when compared to those of the more famous triple A JRPGs: you will be surprised at how much attachment you have developed for a lone gunslinger with a tormented past or for a Japanese orphan with unsuspected psychic powers.

And don’t forget that Live A Live is, in fact, the draft from which Chrono Trigger came to life in a few months, and that Chrono Trigger is considered by many (including this writer) to be the best Japanese RPG of all time. .

Sorry if it is little.

JRPG but not only

In addition to proposing different plots and protagonists, Live A Live enjoys a experiment also from the point of view of gameplaytaking as a basis that of the classic Japanese role-playing games that were popular at the time of the Super Nintendo, but adding, from chapter to chapter, different mechanics apparently disconnected from this videogame genre, thus obtaining a mixture with a whole new flavor.

In the section dedicated to feudal Japan, for example, we will be called to infiltrate, as a ninja, inside a huge castle, in what is one of the longest chapters in terms of duration of the entire adventure.

Once inside, we will be able to proceed at full speed, katana in hand, killing anyone who stands in our path, or moving in the shadows, minimizing losses among enemies and arriving at the inevitable final boss with the blade not soaked in blood. Our choice will lead to consequences not only within that given chapter, but also in the final calculation.

Then there are chapters dedicated exclusively or primarily to combat, such as those set in Imperial China or contemporary Japan, and others that, on the other hand, do not present any confrontation, such as the one aboard the Cogito Ergo Sum in the distant future, which winks to the first two feature films in the Alien franchise.

In short, thanks to the short duration of each chapter, which is reflected in a total number of hours between twenty and twenty five hours at the mostyou never get bored and, indeed, without the wear and tear that can come from mammoth titles, the player is perhaps pushed to explore to the fullest and find the many secrets scattered around the various locations – including collectibles, little gems and references to pop culture of the last thirty years.

The lowest common denominator is the combat system, turn-basedwith enemies always visible on screen except for the last two scenarios, which takes place on a 7 × 7 grid that has a lot in common with strategic role-playing games with a bird’s eye view: a fairly canonical choice for the times when the product was conceived, but decidedly more unusual in the modern market, which prefers the direct control of the characters.

The chapter of contemporary Japan mimics fighting games at meetings Nevertheless, thanks to a system similar to the ATB of the Final Fantasy franchise, the fights always manage to maintain a certain pace, and if anything are penalized only by a certain lowering of the level of difficulty compared to the original title, which can be partially remedied. raising the difficulty before starting the adventure.

Overall, despite having played dozens of RPGs that enjoyed greater depth and a decidedly more complex combat and equipment system, we never found pedestrians neither the combat nor the exploration sections, and rindeed, we believe that the game has aged better than many congeners thanks to this less demanding and “lighter” structure.

As if already the employment of the enchanting technique called HD-2D if that’s not enough, the artistic side of the product can count on names of a certain weight, such as those of the well-known mangaka Gosho Aoyama, Yumi Tamura and Yoshinori Kobayashi, and on two teams that have worked meticulously to recreate in a credible way each of the eras represented by the various episodes.

Welcome aboard the Cogito Ergo Sum One, the original one, who was able to create a JRPG not the most beautiful in the Super Nintendo library, but exceptionally characterized, and the other, the one who directly dealt with this remake (many members of which also belonged to that original) who thought of translating the graphic layout into three dimensions and embellishing it in compliance with the original vision.

Needless to say, moving on to sound sectorthat Yoko Shimomuraonce again, he manages to make an excellent figure, composing a varied, inspired and multifaceted soundtrack like few in his very long career in the videogame field, so much so that we surprised ourselves spending much more time than we would have thought in the juke box to listen again gorgeous pieces.

Net of personal tastes, we can not fail to report, in particular, the music from the episode set in the West and from the one set in modern times in Japan. And it will be difficult to get the two flagship motifs of this remake out of our heads, namely the one that accompanies the game presentation trailer and that of the boss fights of each chapter, which will echo in our eardrums for a long time.

With this remake Square Enix has reworked every aspect of the original work, denoting considerable care in the packaging of the new package: from the addition of the dubbing (in English and Japanese) for the most important dialogues of all the main characters to a substantial streamlining of the menus, passing through the addition of an internal map for each chapter and a radar always present on the screen that indicates, like a North Star , the next destination to advance the main storyline. All precautions aimed at transforming a product originally intended as experimental into one more easily accessible by new generations of players, as is also evident from the inclusion of an excellent Italian localization limited to subtitles.

The hope, as fans of the genre, is that the Final Fantasy house will continue to offer products of this quality and bring to light many pearls of its past, perhaps confined to Japanese soil, such as Treasure Hunter G, Bahamut Lagoon or Treasure of the Rudras.

In such a positive picture, if we were to point out an aspect that is a little out of place, we would name the uploads, extremely fast, so much so that we never allowed us to read the tips that appear on the screen in the meantime, but equally frequent, which end up breaking a little about the phases of exploration of the numerous locations proposed.

Review | House of Antiquities shows the roots of identity

Thu Jul 21 , 2022
What child has never heard a “Ox, ox, ox, ox with a black face, take this boy, who is afraid of grimaces”? Perhaps for the generation before the one who writes you, the song never even passed their ears. The music soothed differently at one time, and today, seeing Antiques […] 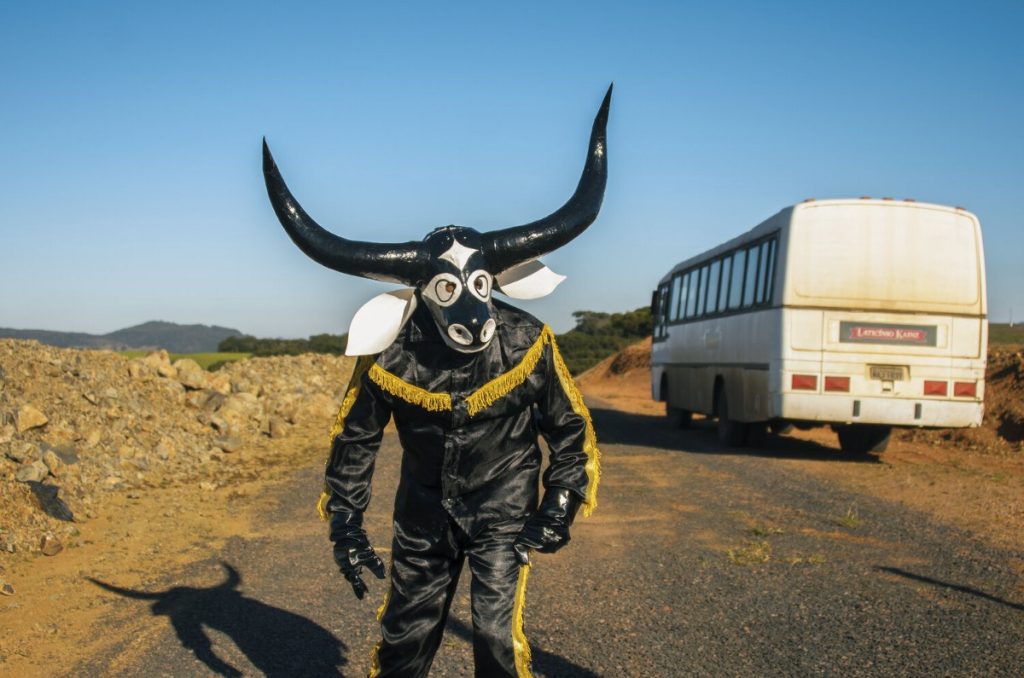