It has been asked 800 million times, they keep asking it and they will ask it again. The protagonists of ‘Friends’ are tired of answering the question of whether they are in favor of a revival of the series, or failing that, a return in some other format. The answer is always the same: a resounding no. The 90’s sitcom was perfectly closed and none of its actors are interested in playing the characters that gave them worldwide fame.

However, one of them has slightly changed the song. In a recent interview with the website Where Is the Buzz at the premiere of the Disney+ movie ‘Nate’s Dream’, Lisa Kudrow revealed that she is in favor of a ‘Friends’ reboot, but on one condition: that it has a totally new cast.

The actress, who recently premiered the second season of ‘Space Force’ on Netflix, reiterates that there will be no sequel to ‘Friends’: “There will be no reboot. I mean, not with any of us.” But at the idea of ​​a new version of the series with a totally new cast, she is much more open: “I would love to see what a current version would be like,” says the interpreter of Phoebe Buffay.

However, if we ask fans of the series, something tells us that most would say that they are not interested in a reboot without Rachel, Monica, Phoebe, Chandler, Ross and Joey. They are ‘Friends’ and the series that aired between 1994 and 2004 is unrepeatable.

We will always return to Central Perk

While fans’ nostalgia and intense love for the series have many still wanting to see the six actors once again as the characters they love, the possibility of an ‘And Just Like That… ‘ is simply null. The creators of the series, Marta Kauffman and David Crane, have also actively and passively repeated that the end of ‘Friends’ is final and the characters are happy, so they are not even remotely interested in bothering them.

That is why we can only do what we have done so far: watch again and again the ten seasons of the series, available on HBO Max, to which is added the emotional reunion special that premiered last May. on the same platform, and that left fans of the series in a sea of ​​tears for a reunion that they had been wanting for years.

Sat Mar 19 , 2022
Pope Francis invited religious to imitate Saint Joseph to be parents of youth who “today more than ever need credible witnesses.” In a letter sent to the Congregation of Saint Joseph founded by Saint Leonard Murialdo 150 years ago, the Pontiff encouraged in this Jubilee Year to allow oneself to […] 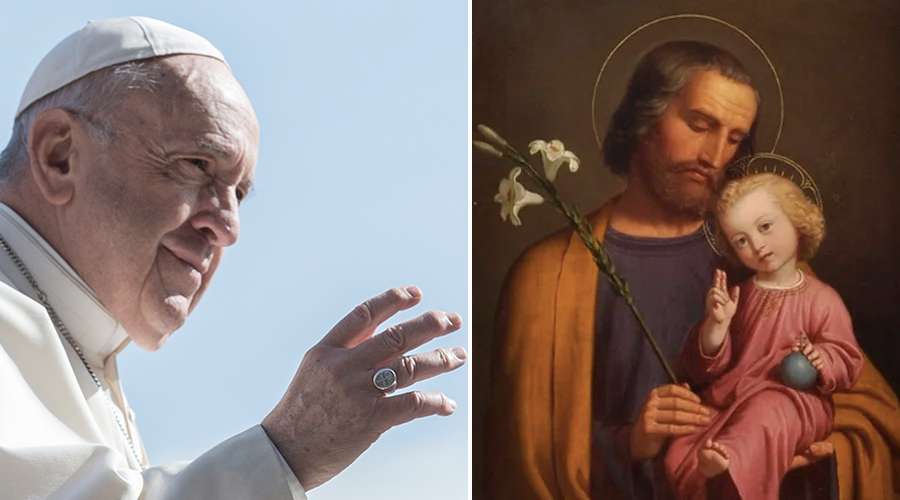