We all know the great story of the Nazi dictator that faced multiple countries up against a World War. Well, now that every tyrant is about to come to screens as a story for all of us to witness. That’s right. How to Become a Tyrant, an upcoming series based on Hitler and the Nazi rule during the Second World War.

Peter Dinklage as the Narrator

One of the big surprises of this new docuseries is the man who is voicing the show. This show has captured Game of Thrones’ Peter Dinklage as the narrator. In the trailer, we saw that Peter Dinklage narrated some of the well-known events of the time. He went on to explain how Hitler had a persuasion technique that would eventually make everyone love him. With all this in mind, it is important to know that the docuseries will also be exploring as to hoe seductive Hitler’s methods were to recruit people.

The show is set to launch on July 9th, which is this Friday. The show will not just focus on Hitler alone. In fact, it will look into other dictators at the time. Episodes on Joseph Stalin and other tyrants will also be based in the show.

There are rumors that this series will also present some dark humor. In light of all the Nazi history of the time, there will be some satirical frames which the people will not be able to forget.

In the trailer, we’ve seen that there are commentators in the series that have to examine the time as historians and see how Hitler was really good with the art of persuasion. Up until the time when Hitler gets defeated by the British and then surrenders and commits suicide, the story globalizes the idea of a Nazi regime. This is one series you cannot miss. Watch out. Some dictators are coming back your way!

What Exactly is Netflix Planning for 'Beastars' Season 3 Renewal

Fri Jul 9 , 2021
Beastars is an original anime series created by Netflix whose story is based on the Manga of the same name written by author Paru Itagaki. The Manga series is already one of the most-watched and popular series on Netflix. The second season of Beastars has already been binge-watched by the […] 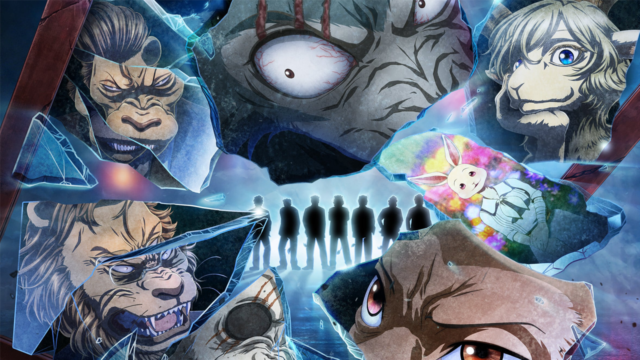