Celebrity Kourtney Kardashian, older sister of Kim Kardashian, caused controversy by holding a civil marriage ceremony with musician Travis Barker dressed in a suit that simulated old lingerie, with a veil that included an image of the Virgin Mary.

WARNING: The images could offend the sensitivity of the reader.

The couple has had three “weddings”: one in Las Vegas (United States), in April of this year; another in Santa Barbara (United States); and the third in Portofino (Italy), on Sunday, May 22.

Kourtney Kardashian, 43, shared photos of the celebration, held at Villa Olivetta, a property owned by Italian designers Domenico Dolce and Stefano Gabbana. She was wearing a civil wedding dress from Dolce & Gabbanna.

According to fashion magazine Vogue, Kardashian wore a “one-of-a-kind Dolce & Gabbana Alta Moda satin and lace corset minidress, inspired by italian lingerie from the 60s all accompanied by a wide veil”.

“On the headdress were hand-embroidered flowers inspired by the many Mediterranean gardens of the coastal city, as well as a representation of the Virgin Mary”, adds the publication.

The image of the Virgin Mary that appears on the veil is the same one that Travis Barker has tattooed on his head. In front of the couple, during the ceremony, an image of the Virgin Mary was also placed. Other photos from that day show Kourtney Kardashian wearing another black dress, which pretends to be lingerie, with a different image of the Mother of God.

Kourtney has not confirmed her membership in the Catholic ChurchNeither was the ceremony performed at Portofino a Catholic marriage. Ella Kim’s sister was baptized in 2019 into the Eastern Orthodox Armenian Apostolic Church.

The Kardashian family is of Armenian origin, who emigrated to the United States at the beginning of the 20th century.

A user on Instagram responded to one of his posts stressing that the Virgin Mary “is not a fashion piece.”

“Are you even Catholic? Why are you using all these images of the Virgin Mary as a fashion statement?

“Is the theme the Virgin Mary? I don’t understand, I don’t see the Cross, Jesus nowhere, but a vulgar dress”, criticized another Instagram user.

Fr. Hugo Valdemar, a priest who for 15 years was the Director of Communications for the Archdiocese of Mexico, explained to ACI Prensa why many Catholics find this use of the Mother of God offensive.

“The Virgin Mary represents for Catholics purity, holiness, modesty, chastity”, he said, “and the insulting luxury of the dress and the impudent exhibitionism of the artist, contradicts everything that the Virgin Mary is”.

Fr. Valdemar lamented that “it has become a fashion to trivialize religious symbols and desecrate the holy.”

The problem is that behind all this not only is it disrespectful to believers, but it hides the mockery and hatred of Satan to all that is holy, especially to the Virgin Mary.”

“Possibly, in their frivolity, they do not realize that they are serving as instruments of the devil,” he warned.

For Fr. Valdemar, “it is important to make our indignation public”, because “public pressure will make them see that making fun of the sacred has a cost and that they must have respect for the faith of believers”.

For his part, Fr. Mario Arroyo, doctor of Philosophy from the Pontifical University of the Holy Cross in Rome and professor at the Pan-American University in Mexico City, told ACI Prensa that “rather than dealing with an offensive or aggressive mentality against to Catholicism, it is a superficiality typical of the times we are living”.

This “superficiality”, he continued, leads to “sacred religious objects being taken as one more element in aesthetics”.

“The artistic value of sacred elements is recognized, but stripped of all their supernatural meaning,” he lamented.

“In the wedding dress, there is clearly a lack of modesty,” he continued. “The problem is that contemporary culture no longer understands what it is, what is called modesty“, said.

Father Arroyo pointed out that “as a Catholic and as a very devoted to the Virgin, a person who loves the Virgin very much, it makes me a little sad that the image of the Virgin is trivialized as a decorative element of a wedding” by Kourtney Kardashian .

This, he noted, “rather than being a Kourtney Kardashian issue, is sadly a feature of our society”.

Tue May 24 , 2022
Helen Lindes is facing one of the most painful and complicated moments of her life after her mother has died. The model’s mother, Norma, has died at the age of 83 on the island of Lanzarote, homeland of Helen Lindes. She will now have to face this pain while her […] 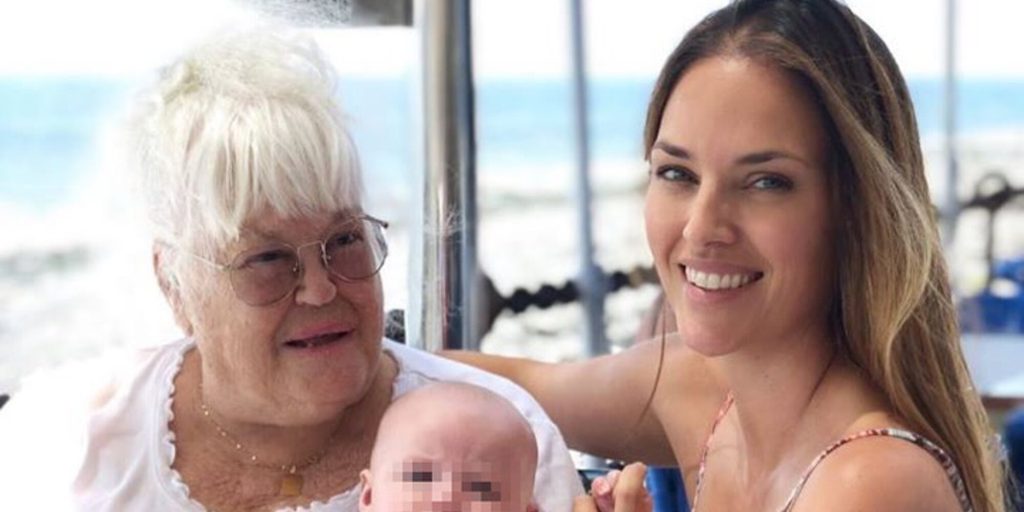