The Knights of Columbus, the world’s largest Catholic fraternity, announced that it seeks to donate at least $5 million to pro-life centers that help at-risk pregnancies, as well as homes that care for pregnant women in the United States and Canada.

According to a statement released on June 23, the Knights of Columbus indicated that it aims to complete this number of donations by June 30, 2023.

Knights of Columbus Supreme Knight Patrick Kelly said that in the Catholic fraternity “we are called to courage and sacrifice.”

“Defending life means making personal sacrifices for women and children in need: being willing to give of our time, skills and financial resources, and accepting the fact that the fruits of our labor are often hidden,” he said.

The Knights of Columbus has more than 2 million members and 16,000 councils worldwide.

The announcement of funding for pro-life centers and maternity homes comes at a time when many of these places, across the United States, are paying with their own money for increased security and repair costs.

These expenses are a direct result of the many attacks on pro-life centers in the United States since early May of this year, when the Politico website leaked a draft opinion from the United States Supreme Court, which showed the majority of the judges in favor of overturning the Roe v. Wade, who legalized abortion nationwide in 1973.

On June 24, the Supreme Court finally published its final ruling, annulling Roe vs. Wade and the alleged constitutional “right” to abortion, and determining that each state must legislate on the matter.

The new Knights of Columbus initiative is called Aid and Support After Pregnancy (ASAP), and seeks to raise money by asking all councils in the United States and Canada to increase donations to pro-life centers that care for pregnancies , to maternity homes and “other organizations that provide direct assistance to new mothers and/or babies”.

“Mothers and their children need our help now more than ever,” said Kelly.

The Knights of Columbus has an important history supporting pro-life centers in the United States. One of the projects of the Catholic fraternity is the Ultrasound Initiative, which has obtained more than fifteen hundred ultrasound machines for pro-life centers throughout the country since 2009.

Members of the Knights of Columbus have also volunteered at pro-life centers, collectively, for more than 1.7 million hours between 2018 and 2021.

In that same period, the Knights of Columbus has donated more than $18 million in funds and supplies to pro-life centers and maternity homes.

Translated and adapted by David Ramos. Originally posted on CNA.

Princess Leonor reappears after returning from Wales to enjoy a cultural plan with Felipe, Letizia and Infanta Sofía

Sun Jun 26 , 2022
It was one of the most anticipated moments of this summer and it has finally happened. A few days ago, Princess Leonor returned to Spain after completing her first year of high school at a boarding school in Wales. The heiress comes to her country to enjoy the summer vacations […] 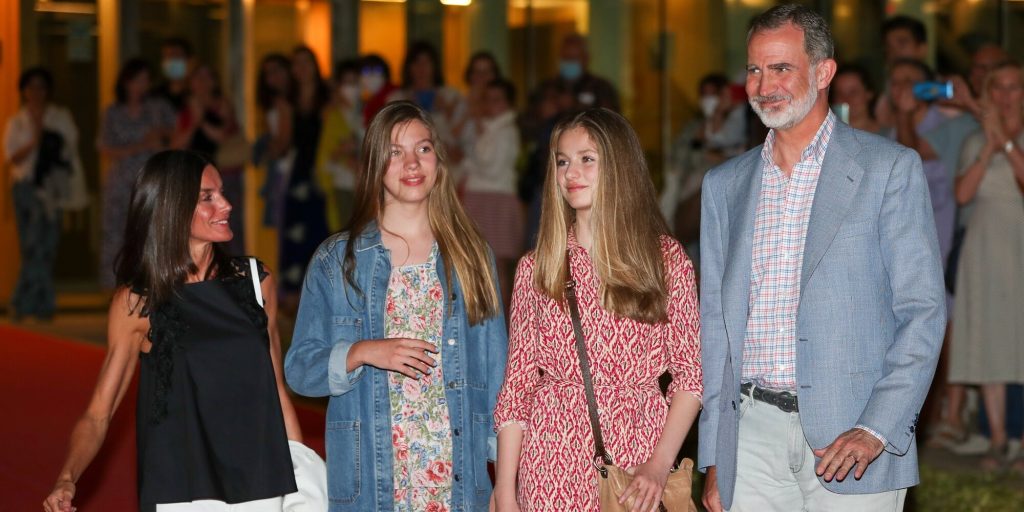