Klonoa Phantasy Reverie Series is the way of Bandai Namco Entertainment to celebrate the twenty-fifth anniversary of a series that, unfortunately, has disappeared into thin air. Available from early July on Play station, Xbox, Nintendo Switch and PCKlonoa Phantasy Reverie Series proposes the two historical adventures of the dream traveler Clonoa. Adventures previously released on Play station And PlayStation 2 and re-proposed in a remastered version. It is therefore not a complete remake, but at the same time they are enriched by an unprecedented cooperative mode and a new difficulty. Useful additions that make the title more attractive to new players as well as fans of the brand.

If you have been reading me for some time, even here on the pages of Bad Gusto.ityou will know that my favorite genre is platformers. It doesn’t matter if they are pure or contaminated, but I hardly miss a title belonging to this category. Unconditional love for platformers was strengthened precisely during the PlayStation era, thanks to titles such as Klonoa: Leads to Phantomile. The dream traveler was one of the companions of my afternoons, spent in front of the TV after doing homework. Although at the time I had a misperception of time, replaying 25 years after this first adventure gave me a sense of crazy dejavù, taking me back to those carefree afternoons where the biggest problem was finding the hidden collectible.

“Like all turn-of-the-millennium platformers it is easy to finish but challenging to complete.” After this personal introduction, however, it is mandatory to talk about the remastering of the first Klonoa in the Phantasy Reverie Series. Bandai Namco decided to update and graphically clean up the 2009 remake for Wiiand not to touch the gameplay at all. The user interface has been revised and positioned more correctly. The screen comes out cleaner, and the level is easily more readable, as you search for enemies to inflate and hidden secrets. Gameplay side, Klonoa is a child of the 90s.

Like all turn-of-the-millennium platformers, it’s easy to finish but challenging to complete. In addition to the six collectibles on duty (inhabitants imprisoned in the different stages) the player will be required to collect 150 dream gems, scattered throughout the level. A no brainer you will be thinking. Well no! There are game sections in which it is possible to double the value of the gems in a very short period of time. Sections in which it is necessary to know the environment by heart in order not to lose even one of these precious points. The replayability factor therefore lies in completing the visions to the maximum, at the cost of repeating them even for a single missing gem.

Not only that, as you get closer to the final boss, the difficulty of the jumps and environmental puzzles will also logically increase. In fact, Klonoa has three hearts at his disposal, before being sent back to the last check-point. A single blow will be enough to throw you into oblivion, putting the life counter at risk and forcing you to repeat the whole vision.

As for the story, Klonoa is a very narrative platformer. The adventure of ’97 is still capable of thrilling the most sensitive players today. The collection also puts a patch on the slowness of some shots and films. In fact, it allows the player to accelerate what happens on the screen with the single press of a button at any time.

Visions of the first Klonoa are a mix of sliding platformers, with dream room games for the time

For those who do not feel like tackling the game in a classic way, there is a new special difficulty. By selecting Easy at any moment, not only will your hearts increase, but lives will disappear, making Klonoa’s adventure more modern but at the same time less difficult.

In addition, as mentioned at the beginning, a cooperative mode has also been added. In both adventures, a second player can help Klonoa with air blows. Thus allowing higher (or longer) jumps. This additional power-up is designed for younger players, so that parents or siblings can accompany them on Klonoa’s dream journey.

A few years later, with a new look, Klonoa returned to PlayStation 2 with a second chapter. Not only did the protagonist’s appearance change, but also how the different levels were dealt with. If the basic structure of the platform was the same, Veil of Lunatea he always tried to amaze the player. Sometimes with unexpected crossroads, others with sections on rails aboard a skate or surfboard. The bosses have also been renewed, now for at least two phases and with always different strategies. In short, she was Klonoa but partly even better than Klonoa.

The version featured in Fantastic fantasy series is a visual remaster, which also continues the user interface work already done with the first. As for the first Klonoa, also with Lunatea’s Veil we find a new difficulty and the co-operative mode, which work exactly in the same way. In general, however, despite being released only a few years later, Klonoa 2 is more attractive for younger players. This is due to a less uncompromising difficulty and to decidedly more permissive hit-boxes.

Klonoa 2 is much more varied than its predecessor

The stages inherit all the strengths of the first chapter, but are enriched with different gameplay foundations. The plot also makes a comeback, putting Klonoa alongside an aspiring priestess Lollotraveling to ring the five elemental bells. Less sensitive than the first chapter, but still very good, especially when compared to that of the other 2001 platformers.

For the price at which the Klonoa Phantasy Reverie Series is offered, I would have expected the presence of some exclusive extras. Instead, the movie museum, unlockable at the end of the two games, is the same as the original releases. Both titles can be completed one hundred percent in just over ten hours, so if you’re a gamer who prizes time spent, I’d expect a discount.

If, on the other hand, you prefer quality over quantity, you will be faced with two well-aged platformers. It is then the only way to play the adventures of the dream traveler without disturbing the old consoles or unlawful sites. In this 2022 of playful re-propositions, even the young Klonoa wants to carve out a place at the table. A well-deserved place, between air bullets and sections on the tracks, between huge bosses and secret levels. Who knows if this collection does not lead to the development of the long-awaited third chapter.

Klonoa Phantasy Reverie Series is the collection of the two chapters of the Bandai Namco platformer.

I completed both chapters in just under 12 hours, collecting all the collectibles, thanks to a code kindly offered by Bandai Namco Entertainment.

Fri Jul 29 , 2022
Aurah Ruiz and Jesé Rodríguez have started a very exciting stage after they both celebrated a dream wedding. The couple sealed their love after a rather turbulent relationship, full of ups and downs, and it is that they showed that theirs was stronger than any friction caused in the past […] 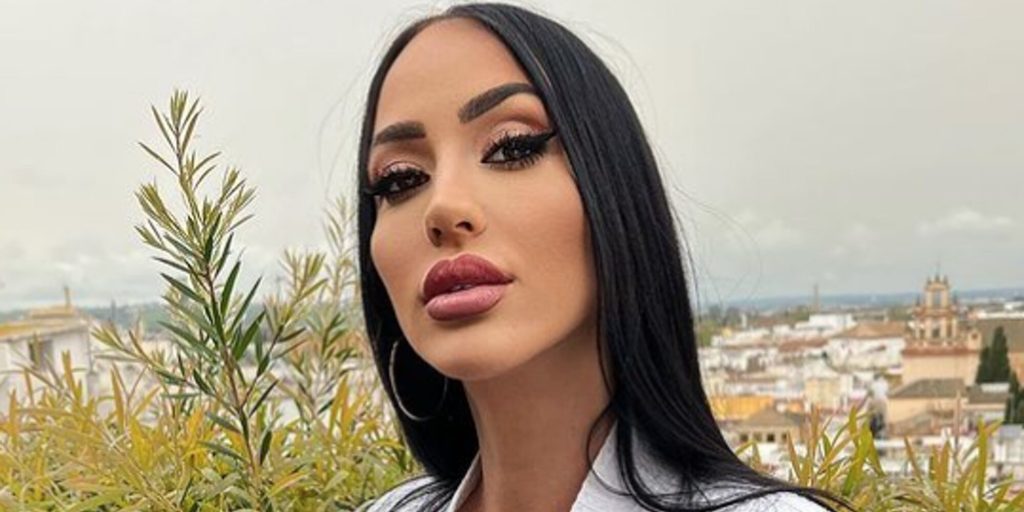