April 20, 2022 was the first day in Spain since the summer of 2020 in which the mask could be removed indoors. On that day, all the royal attention went to Princess Leonor, who starred in the second solo act of her life at the Julio Verne Institute in Leganés. She did it without a mask, being able to see how the Princess of Asturias has changed. 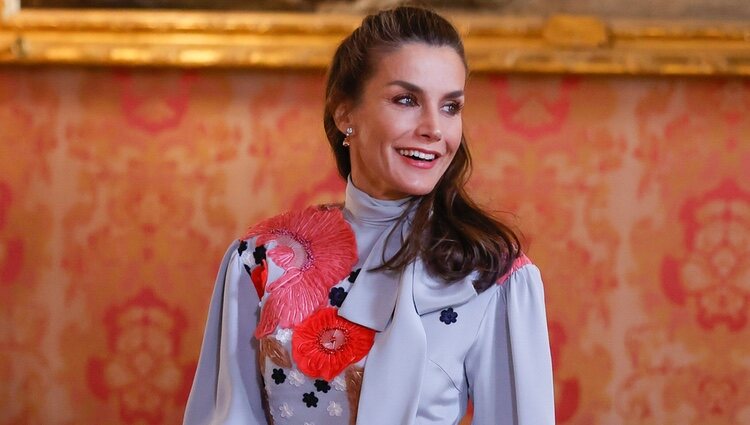 Queen Letizia at the lunch for the Cervantes Prize 2021

There were no more official acts that day. All the attention had to be on the Heiress. The next day it was the turn for Kings Felipe and Letizia to remove their mask, who after always wearing it in Spain, except at lunches and dinners and on their official visits abroad when it was not mandatory there, have already been seen without her in an act of great official relevance.

On Thursday, April 21, 2022, the Royal Palace was the setting for the lunch offered to a representation of the world of letters on the occasion of the delivery of the 2021 ‘Miguel de Cervantes’ Prize for Castilian Literature. This traditional lunch prior At the delivery, he paid tribute to the winner of the edition: the Uruguayan writer Cristina Peri Rossi. 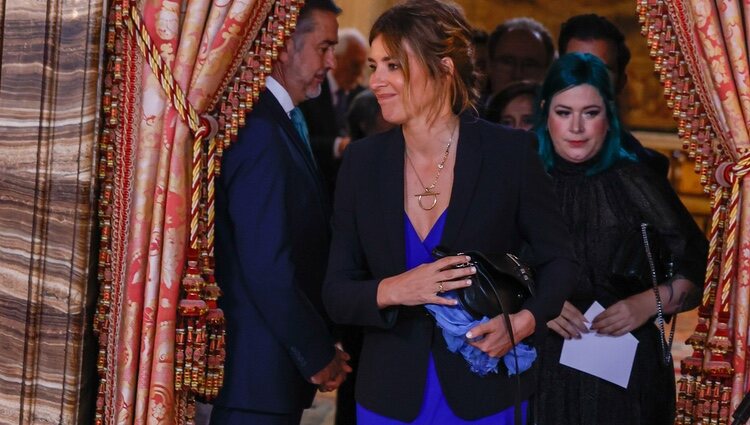 Don Felipe and Doña Letizia, smiling and without a mask, appeared for the kissing of hands. The masks have fallen and the handshakes that were put aside by the pandemic have also returned. The dress that she had premiered in October 2019 in Oviedo at the reception for the winners of the Princess of Asturias Award also returned. It is a Pertegaz design, in which he trusted again after having been the author of his wedding dress in 2004. Died in 2014, Manuel Pertegaz could no longer see how the Queen trusted his brand again .

The illusion of Paz Padilla

Dresses and faces without separate masks, the presence of guests who are not usually usual in official acts with Kings Felipe and Letizia drew attention. Beyond politicians, journalists or writers more familiar with this type of institutional appointment, Juan del Val, Sandra Barneda, María Dueñas, Vicente Vallés or Elísabet Benavent arrived at the Royal Palace, all of them with published books. In the case of Barneda and Dueñas they shared space, as who writes this, with Kings Felipe and Letizia at the dinner in which the 2021 Planeta Prize was awarded in Barcelona. 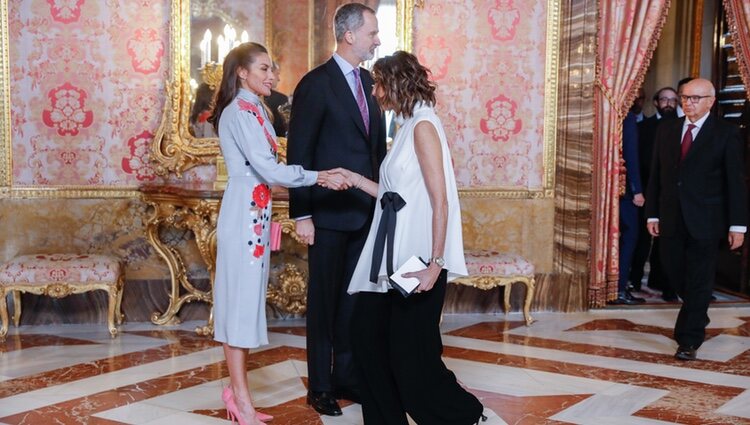 But if there was a striking presence it was that of Paz Padilla. The comedian, known precisely for this and for having presented ‘Salvame’ for a long time, is the author of the book ‘El humor de mi vida’. Such was her success that she adapted it to the theater. And such has been the relevance of this book that she received an invitation to participate in this lunch, something that she accepted with delight and thus she was seen at the Royal Palace. “You can not imagine the illusion that makes me”, Paz Padilla commented hours before.

Thu Apr 21 , 2022
Last March, Netflix established a test system in Chile, Costa Rica and Peru in which an additional fee would be charged if users shared the account password with non-cohabitants. The decision raised controversy and mixed with other factors, Netflix has lost 200,000 subscriptions so far this year. The entertainment giant […] 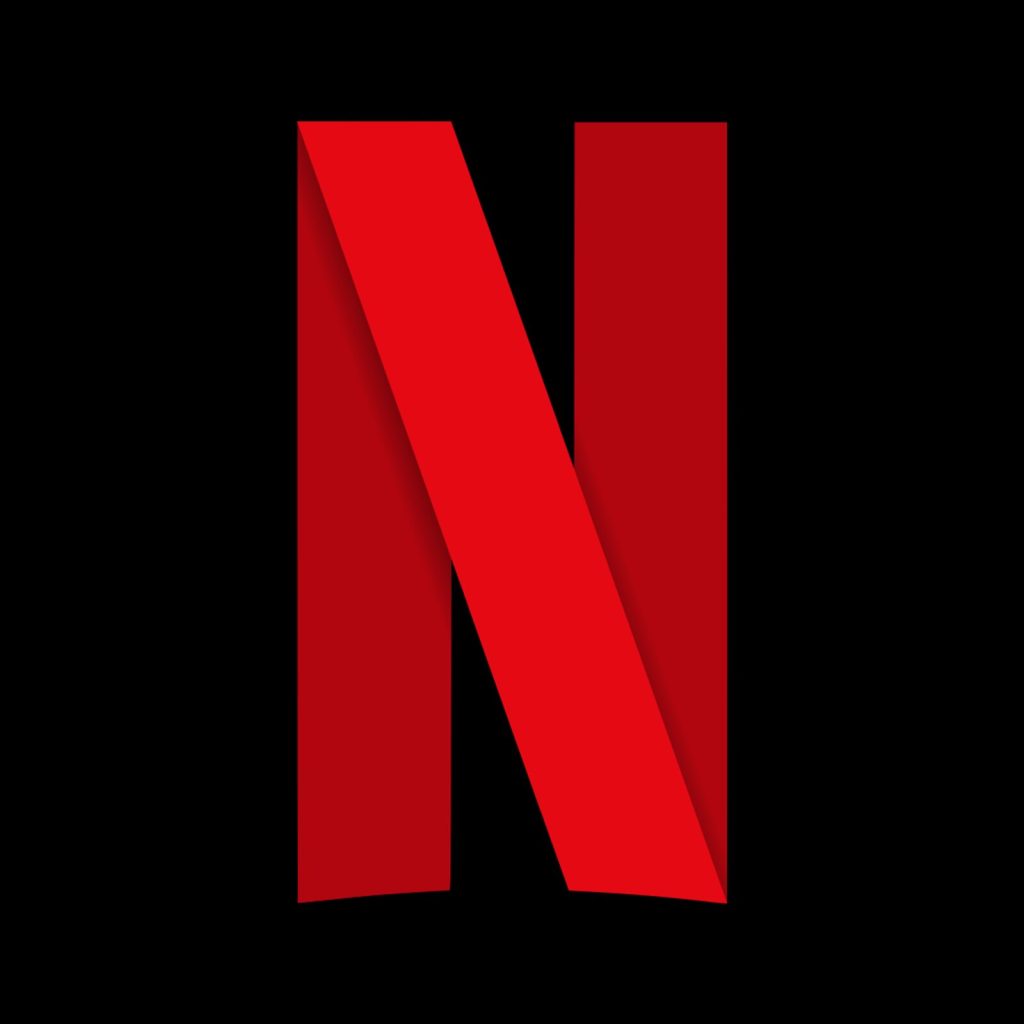