The actress Karen Fukuhara, whom you will recognize as Kimiko Miyashiro in ‘The Boys’ and Katana in ‘Suicide Squad’, has denounced on her social networks having received a hate attack in the middle of the street. In her latest post on Instagram, the actress recounts that as she was leaving a coffee shop a man hit her on the back of the head: “It came out of nowhere,” says the text, “We had no prior eye contact, she was not doing nothing out of the ordinary. He caught me by surprise and my hat flew off. By the time I looked behind me, he had already walked a few steps away (he must have kept walking after hitting me).

“Women, Asian people and the elderly need your help”

Fukuhara assures that although it is the first time that she has been physically assaulted, “I have suffered racist insults and offensive acts directly before. I write this because I have had conversations with multiracial friends who had no idea that these hate crimes happen to ordinary people. and ordinary, people you share meals with. I think it’s important to raise awareness.” Using the hashtag #StopAsianHate (enough hate towards the Asian community), the actress says that she thought about confronting her attacker, but when she saw that he intended to return to her, she decided not to take the risk: “After a few seconds of looking at each other as he screamed, he finally left. Ultimately, I know I was lucky. He could have turned to hit me again. He could have carried a gun.”

After the experience, Fukuhara says that he had considered taking self-defense classes, “but why is this something that we victims should consider?” “They have to be held accountable. What can we do as a community to prevent these horrible crimes?” In the United States, as a result of the coronavirus, racist attacks against Asian people have increased, but the problem is longstanding. According to a study by the Stop AAPI Hate coalition, between March 2020 and February 2021 there were 3,795 hate crimes against the Asian community in the country and women are 2.3% more likely to be attacked than men.

In Fukuhara’s post you can read responses from some of his co-stars in the Amazon series. For example Chace Crawford writes “Fuck this person. I hope you’re okay. It’s horrible”, and Jack Quaid adds: “Karen, thanks for sharing your experience. I’m sorry this happened to you. I love you, I’m here if you need anything “. There are also messages from Olivia Munn and Jamie Chung among others.

Pope Francis proposes these 2 teachings of Saint Joseph to religious

Thu Mar 17 , 2022
Upon receiving the General Chapter of the Augustinian Recollects at the Vatican on March 17, Pope Francis invited people to contemplate the figure of Saint Joseph and pointed out two teachings of the patron saint of the universal Church. First of all, the Holy Father recalled that “every consecrated person, […] 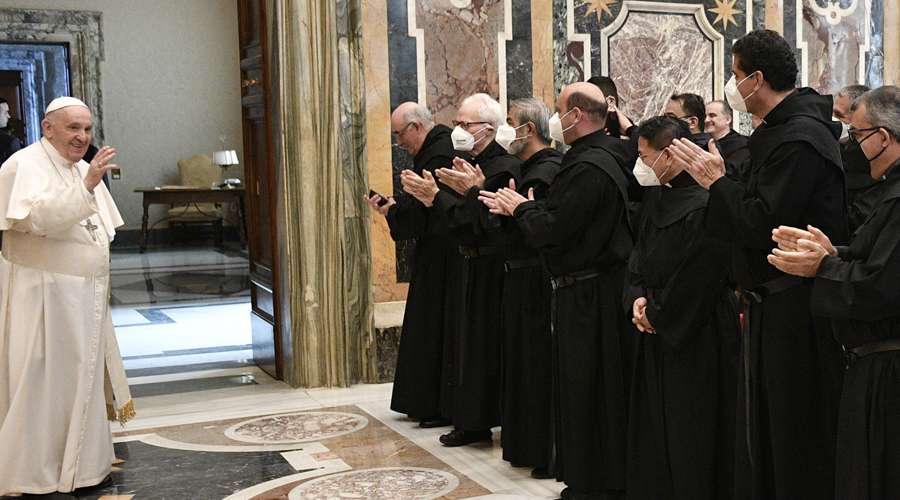