We recently learned of an important turn for ‘Jurassic World: Dominion’ as a result of the latest trailer so far. This advance continued to open mouths for fans of the Jurassic saga, whose end is almost upon us, as declared by Owen Grady himself, Chris Pratt.

The third part of ‘Jurassic World’, therefore, will not only close its own trilogy, but will mark the end of the entire dinosaur saga that started with ‘Jurassic Park’, directed by Steven Spielberg. With this in mind, the conclusion promises to be tremendous if we take into account that the circle is closed with the return of the protagonists of that first film: Sam Neill, Laura Dern and Jeff Goldblum.

The trigger for all this was Pratt’s statements in his interview with The Today Show, where he confirmed that ‘Dominion’ will be the last film in the ‘Jurassic’ saga. “You know when you go to a fireworks show, like the 4th of July or New Year’s and there’s always the end, you’re like waiting for it and then BOOM you’re like, oh this is it! This is the end! I feel like The whole movie is that, it’s like 30 years in the making. This is the sixth Jurassic movie and it’s the end of this franchise.”

The actor also refers to the ideal ending that the return of these iconic characters would mean. “I really think it’s the end. You’ve got the legacy cast, Sam Neill, Laura Dern and Jeff Goldblum, plus the Jurassic World cast, they all converged, our stories converged in a way that’s very much an ending.”

Despite the fact that ‘Dominion’ marks the end of the Jurassic saga, the producer of the film, Frank Marshall, has already declared that they had plans to continue expanding the universe. “We want to make good movies with great stories and great writers and directors. We’re definitely looking to do more.” [películas y/o series] set in the world of ‘Jurassic'”, said Marshall. Whatever the future of the saga, it seems that we will continue to see more dinosaurs in the future.

Despite Chris Pratt’s long journey in the industry, he has not failed to show his gratitude for working with film icons such as Neil, Dern and Goldblum, whose return to their respective roles was the work of director Colin Trevorrow. The actor has stressed in the interview that it was “crazy” to work with them and that it has been “a dream come true” since Pratt was another of the children who was amazed by those gigantic dinosaurs on the big screen in the 1993 film.

Waiting to find out what the future of the saga is and the new projects that will be developed, ‘Jurassic World: Dominion’ will hit theaters on June 10.

Fri May 6 , 2022
The Caja Mágica manages to bring together many amateur faces at the Madrid Open every year, but what nobody imagined is that this year it would have the presence of, nothing more and nothing less, King Felipe. The monarch has been able to enjoy a very special match, the one […] 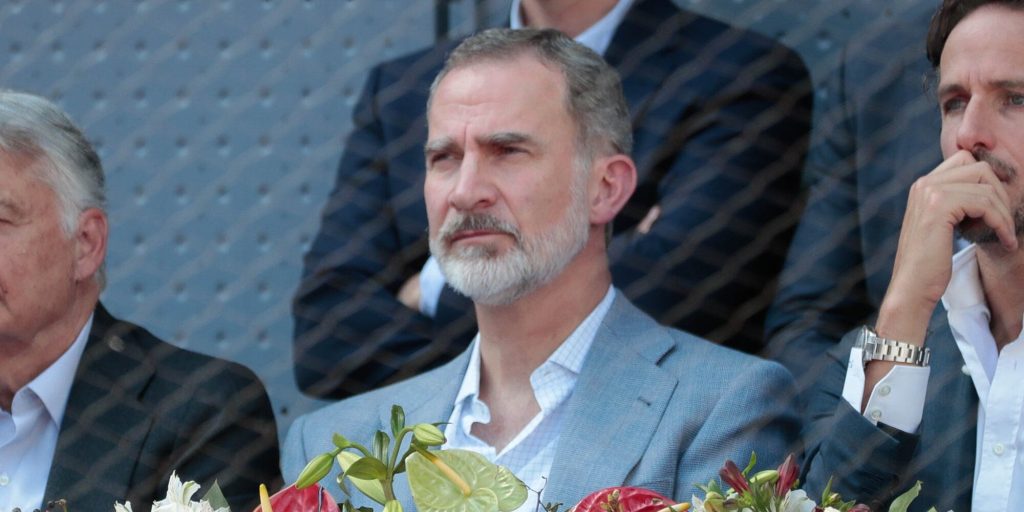