Keanu Reeves, absolute star of the successful Lionsgate action saga, ‘John Wick’, did not want to miss CinemaCon held this week in Las Vegas. Neither Chad Stahelski, director of the next installment, ‘John Wick 4’, a film that showed those present a brief preview of what we can see in theaters on May 24.

“Are you ready, John?” Asks the character played by Laurence Fishburne at the start of said first look. “A new day is dawning, new ideas, new rules, new management,” he continues. Then Wick, who until that moment had followed his roll, training, blurts out: “I’m going to kill them all.” After this, the teaser, which places us in Tokyo, gives way to a series of epic scenes, including one with John drenched in the rain, another with said character riding a horse in the desert and two chases and fights with Wick handing out right-handed and sinister. “I want you to find peace, John,” says Winston’s (Ian McShane) voiceover. “The only path this leads to is death.”

“This is how ‘John Wick’ has managed to become not just a beloved saga, but a singular experience and cultural phenomenon. An original story with no pre-existing fan base that made it to the big screen, and will re-engage audiences.” back to the movies for the fourth time,” said Joe Drake, head of Lionsgate.

For his part, Reeves wanted to look back at the moment in which he began to make a creative team with Stahelski, and underline what makes the aforementioned franchise special. “I met you, Chad, when we were making ‘The Matrix’ in 1998. I think that’s the film where we forged our creative bond through the Wachowski school of filmmaking and storytelling. It’s been an honor to build these stories with you, [una saga] that is the celebration of fight choreography, and that it can only tell its stories through movement.”

Fri Apr 29 , 2022
Crowdfunding Captain Timmy series The Murcian producer José Sánchez launches a crowdfunding project to develop the animated children’s series Captain Timmy. A character created to raise awareness of the pressing problem of childhood obesity. In fact, the villain is none other than Lord Zilla. A series with careful 2D animation […] 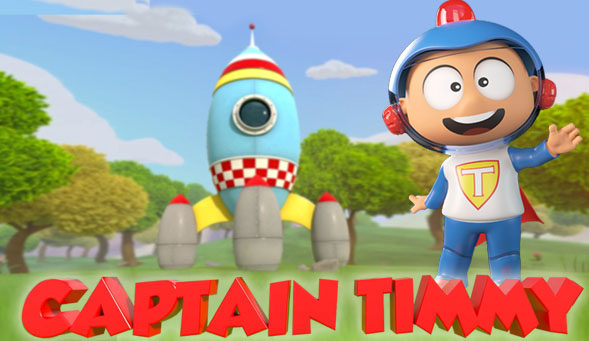