If you have been on the Internet in recent days, you have probably heard that Jesse Williams, the actor who plays Jackson Avery in ‘Grey’s Anatomy’, has been the victim of his nude leak during the performance of his new play by theater on Broadway, ‘Take Me Out’. Despite the express prohibition of taking photographs or videos in the theater, for which spectators were forced to keep their phones in a special envelope, a spectator recorded the actor during a scene in which he and his partner cast, Michael Oberholtzer, appeared totally nude and uploaded it to the Internet.

The commotion caused by the images was enormous (we will not share them here out of respect for the actors and the theater) and after a few days, Williams has spoken about it. The interpreter, who has received praise for his courageous performance on stage, has played down the matter in statements to The Associated Press: “I’m not too down about it. Our job is to go out on stage every night, no matter what happens. No I’m very worried about it. I can’t.” To which he adds: “What we do have to do is continue to stand up for each other. And it’s wonderful to see a community push and make it clear what we stand for and what we don’t. Consent is important. So let’s keep that in mind universally. Theater is a sacred space and not everyone understands that. Not everyone respects or considers it as they should, or as we would like.”

For its part, the theater company has roundly condemned the violation of the privacy of its actors: “Second Stage Theater has worked to ensure the privacy of the ‘Take Me Out’ company by creating a space free of telephones with sealed envelopes in all representations,” says the official statement on Twitter published after the incident. “We are dismayed that this policy has been violated and images of our actors have been published. It is very unfortunate that an audience member chose to disrespect the production, the rest of the audience, and most importantly, the cast. of someone nude without their consent is highly unacceptable and can lead to serious legal consequences. Posting it online is a disgusting and unacceptable violation of the trust between actor and audience forged in the theater community.” The text concludes with the request that the images not be distributed and the promise that measures will be taken to reinforce the security of the theater. Specifically, the installation of a new infrared system that allows theater staff to see what the audience is doing in the dark.

Shortly before the leak, Williams had spoken about her nudity during an interview on ‘Watch What Happens Live with Andy Cohen’, where she said: “Everyone makes too much of it. It’s a body. Once you see it, you’ll love it.” You realize it’s not that important.” The actor further revealed that he did not know that the play required him to disrobe until he read the script. “If someone had told me ‘it’s a nudity play,’ I would have framed it differently. But the nudity is honest, it makes sense. It’s not salacious. It serves the story.”

The nude leak last Monday, May 9, coincided with the Tony Award nominations, where Williams was nominated for Best Actor for his work in ‘Take Me Out’, happy news that was overshadowed by what happened on the Internet. His co-stars Michael Oberholtzer and Jesse Tyler Ferguson’ (Modern Family) have also been nominated. In addition, the play has received a nomination for Best Revival.

‘Take Me Out’ is written by Richard Greenberg and was originally released in 2002. The play revolves around Darren Lemming (Williams), a Major League Baseball player who comes out as gay and the consequences that result. Performances will continue through June 11 at the Second Stage Theater in New York. Williams, on the other hand, will return to ‘Grey’s Anatomy’ in the season 18 finale.

The wedding of José María Almoguera: the meeting of the Campos, a controversy, Carmen Borrego's request and a detail

Sat May 14 , 2022
On Saturday, May 14, 2022, the wedding of José María Almoguera and Paola was celebrated. Days before, a civil wedding had taken place, the one that has legal validity, but as usual, the great event was celebrated on a Saturday on a farm with family and friends. This is how […] 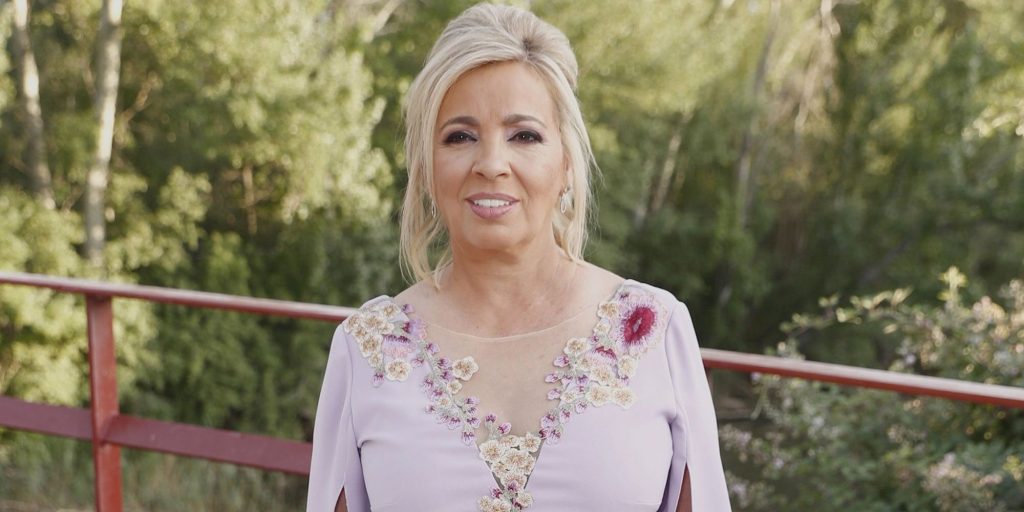