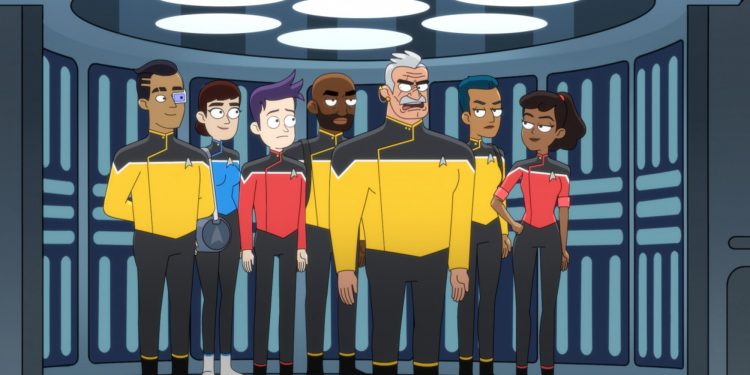 Some would argue that there is no funnier comedy series throughout the galaxy than Star Trek: Lower Decks. So it’s not surprising to find out subscribers are exploring for answers as to whether or not sci-fi comedy TV series based on the long-running, iconic franchise has a coveted spot on Netflix’s roster.

Most of the Star Trek endeavors focus on those that work on the bridge and follow such legendary leaders like Captain Picard, Kirk, and Janeway, just to name a few. But this particular adult animated series boldly goes where none of the other properties in the franchise have gone before, and that’s past the red shirts all the way down to the lower decks.

Star Trek: Lower Deck is an extremely funny and well-crafted, mature-themed cartoon that serves as the franchise’s first comedy series as well as its first animated series to hit the small screen since the 1970s. The show is chock full of easter eggs and jokes that even the most causal of Trek fans can get. The cast includes Space Force’s Tawny Newsome, The Boys star Jack Quaid, and Loki’s Eugene Cordero.

Fans of shows like Rick and Morty, lovers of science fiction comedies, and Star Trek followers, in general, are in for an outstanding experience when it comes to watching the stellar animated series, and it’s no wonder that people are wondering if they can check it out with a subscription to Netflix.

The only way subscribers can watch Star Trek: Lower Decks on Netflix is if they have a holodeck and can program that impossible ordeal into the unbelievable simulation technology shown throughout the franchise. Unfortunately, the sci-fi animated series is not an option on the streaming service Netflix, and for now, there don’t seem to really be any plans for that to change any time soon.

Luckily, subscribers should take some relief knowing there are other choices when it comes to top-quality, mature-themed animation. Titles like Love, Death & Robots, Disenchantment, BoJack Horsemen, Paradise PD, Tuca & Berti, and F is for Family are ready to enjoy right now on Netflix!

Star Trek: Lower Decks is available on Paramount+. In addition, episodes are available on VOD services such as Vudu, YouTube, Google Play, and Apple TV.