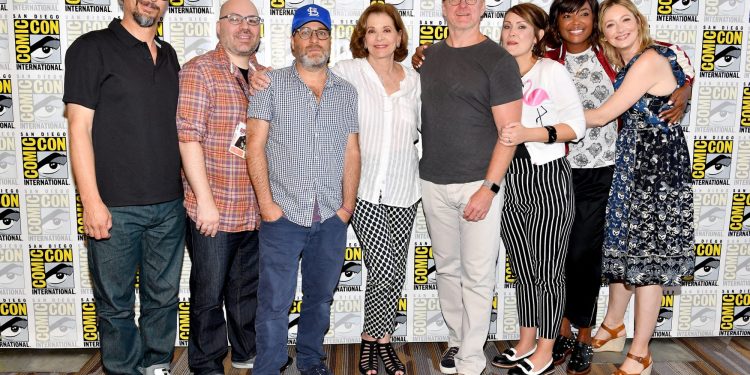 0
SHARES
21
VIEWS
Share on FacebookShare on TwitterShare on WhatsApp

Archer season 12 premiered on August 25, 2022, and many fans are eager to know if they can watch the gut-busting animated TV series on Netflix.

H. Jon Benjamin has been known for several spectacular roles in his illustrious career, but none stand out quite like international super-spy Sterling Archer. The dim-witted, shallow, and vice-ridden caricature version of James Bond and the loveable misfits that surround his everyday life as a secret agent makes for some great TV, which is why the award-winning adult-oriented cartoon has easily become a must-watch affair from start to finish for fans all around the globe.

The mature-themed spy comedy show has been as exciting as it has been hilarious over the course of its impressive run with fantastic seasons, including the 80’s sci-fi excursion, detective nor outing, and Indiana Jones-style adventure. Bringing the wickedly funny characters to life, along with Benjamin, includes Aisha Tyler, Judy Greer, Amber Nash, Chris Parnell, Lucky Yates, Adam Reed, and Jessica Walter.

There is no denying that Archer has a lot of appeal, whether it’s for a new small-screen obsession, background show, or perfect binge session candidate. Subscriber’s interested to know about its availability should definitely continue reading.

Unfortunately, any subscribers on a dangerous mission to locate the show’s entries to experience on the streamer, should no they are walking into a trap. Excuse the phrasing, but it’s actually just as underwhelming as being caught in a trap as Archer is not available to enjoy on Netflix.

It’s never an easy pill to swallow for folks when looking for something, and it just isn’t there to be found. But, luckily for fans, there are other options on the streaming service, including Big Mouth, Disenchantment, Bojack Horseman, and Paradise PD, just to name a few.

Where to watch Archer

Archer is available to stream on Hulu. In addition, those with premium subscriptions to YouTube TV, Sling TV, and fuboTV also have access to the series. Episodes are also available on VOD services such as Apple TV, Vudu, Google Play, and Amazon Video.