Is All American: Homecoming coming to Netflix? 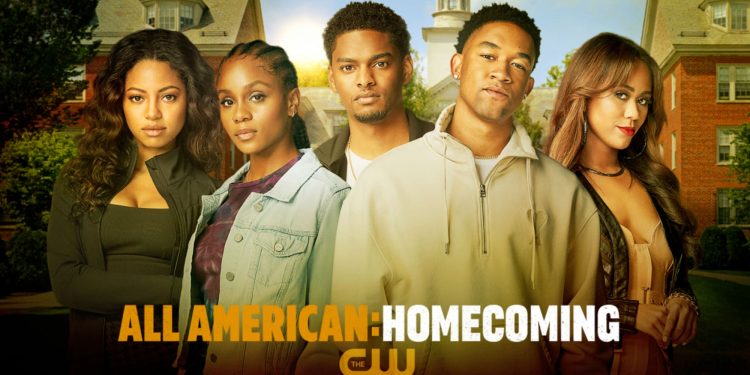 All American: Homecoming, the All American spin-off series, is set to land on The CW in the midseason. Fans of the original were introduced to the main players in this upcoming show via a backdoor pilot episode in All American season 3.

The series will follow Simone, who All American fans know as a talented tennis player who’s recently taken the sport back up after giving her son up for adoption. She and Jordan Baker have a sweet relationship in the original series, but with the move to her own show, we do wonder how that’ll affect their romance in All American season 4 especially given the presence of her male lead.

Damon Sims is a baseball player with a promising future that took a shine to Simone when the two met on Bringston University campus when they were visiting. Just like her, he has a passion for his sport and sees a place where he belongs at this HBCU full of history and with an impact that’s unparalleled.

Together, the two will lead a cast centered on young hopefuls living and loving at Bringston from tennis and baseball phenoms to activists fighting for change. Inspiration and community, the same thematic elements found in All American, will also be deeply baked into this spin-off.

We can’t wait to see what the series has in store for viewers when it premieres in 2022! Though, if your Netflix All American fan, you may be disappointed when it comes to All American: Homecoming‘s streaming home.

Will All American: Homecoming be coming to Netflix?

As a CW show that began airing prior to the end of Netflix’s deal with Warner Media and ViacomCBS in 2019, All American‘s streaming home for the foreseeable future is Netflix. That’ll remain the case for five years after the show’s final season drops on the platform.

All American: Homecoming, however, is a new CW show which means it will not automatically come to the streamer eight days after the season finale airs. It’ll likely land on HBO Max as other new CW originals have done such as Nancy Drew, Batwoman, and Stargirl.

If this is the case then All American fans will have to hop between streamers to watch both the original series and its spin-off once their new seasons drop online. Stay tuned to Netflix Life for more All American news and coverage!

Netflix's Squid Game Will Ruin Your Childhood Memories With Fear

This How Travis Scott Vibin’ with Kylie Jenner – See pics