There has been no doubt that legacy media is consolidating and with that respecting, some of the long-standing publications like Star-Ledger and the Bergen Record have had to consolidate because of the evolution of online media, the ownership keeps changing, along with the erosion of leadership of print media and its advertising base. However in various cases, this has led to the layoff of journalists, and therefore local news has become the major casualty.

Christopher Daggett is the former state official and current board chairperson of the New Jersey Civic Information Consortium. Recently, Christopher wrote in the guest column of Star-Ledger publication that any local news has been facing a real structural problem as the local news is being weakened and it is slowly disappearing. Fortunately, this is not the case in New Jersey, and all thanks to online local news sites of New Jersey like TAPinto.net. Despite various legacy media outlets that have reduced the coverage of local news, it does not mean that the local news is disappearing.

Local news has been thriving on TAPinto websites, whose facilities are available all across the state. TAPinto is a network that contains more than 80 local news sites based in New Jersey, and it covers more than a hundred municipalities which also includes government meetings and community events that are held each day. TAPinto sites are nothing but locally-owned franchises, and their number is growing day by day. Furthermore, many of the sites have been pouring resources County-wide along with state-wide stories.

This shows that local news is not disappearing or getting weak, instead it is strengthening each day. Also, the TAPinto site is profitable without a paywall, unlike many other legacy media outlets. Therefore, people of all economic backgrounds can receive local news and information without paying a single penny. Consumption of news has been constantly evolving. As small weekly print publications are continuing to fold while daily publications are continuing to eliminate their staff, nimble hyperlocal news organizations that have small staff are slowly filling the void.

This Moderate Democrat Thinks That the ‘Dr.’ is Still in

Michael Shapiro, the founder, and CEO of Tapinto.net said that he considers himself a moderate Democrat with growing awareness and hopefully, being able to understand all the injustices that pervade this country. He also said that both of his daughters are very liberal, and both of them have recently advised him and his wife that their family has “awaken”. He also said that he and my wife along with their kids were very pleased with this observation until now, as now he believes that he might be ready to go “back to sleep”. For many decades, Dr. Seuss’s books have been the source of education and guidance for tolerance, recognition of equality for all, and, acceptance of differences.

The latest efforts for eliminating some of the books by Dr. Seuss just because of some perceived slight or supposed stereotypical depiction has been beyond any of the attempts for the achievement of equality. Overreacting reactions like this are what costs the country the services of a good Senator of the United States in Al Franken, who resigned in the year 2017 after he was alleged of inappropriate behavior towards women. If we truly want to accomplish the goals of true equality and justice, when we must need to weigh the real importance of things that we try to change. Moreover, there are many crucial things to address rather than the utensils used by a character in a children’s book.

Bishop Should Not Try to Dictate Advice of COVID Vaccine

It was shocking to read that the Conference of Catholic Bishops of the United States was questioning the moral efficacy of taking the COVID vaccine manufactured by the Johnson and Johnson company. It has been suggested that one should make an effort for taking the vaccine with the least connection to abortion-derived cell lines and is unconscionable. The Johnson and Johnson vaccine, unlike Pfizer and Moderna vaccines, was developed with the material that came from aborted fetuses, however, the vaccine itself does not contain it.

The Bishops also stated that it was morally acceptable for getting the Johnson and Johnson vaccine if a choice is not available. This kind of statement can only come from privileged and celibate men, who did not spend weeks trolling the internet for getting an appointment of getting the vaccine for themselves or their loved ones. The state recently marked a horrendous milestone of around half a million deaths of people after getting infected with the deadly virus.

Michael Cleary of Middletown said that he was having no problem with New Jersey adopting all the drop boxes and similar methods are the norm to cast ballots in the state. He added that his issue was how Governor Phil Murphy mandated some of the cases without legislation, that all the election voting done in the previous year had to be done by mail, along with a few exceptions to it. All the registered voters received ballots by mail whether they requested it or not.

Michael also said that he suspected that the election boards sent out many ballots to voters who were either not the residents of New Jersey all who had moved from the last addresses. Ballots like this could have been cast illegally if they would have been returned and counted in tallies. He also said that this would not have altered the presidential elections which were held last year and added that he did bet that it could have altered the results of some of the local elections.

Sat Mar 13 , 2021
Snowbirds are making their way along the main street of Arizona’s Main Street in a utility terrain vehicle in Quartzsite, Arizona. The desert town has been seeing an influx of residents in the winter season for months and many are getting the shot of the vaccine, causing concerns related to […] 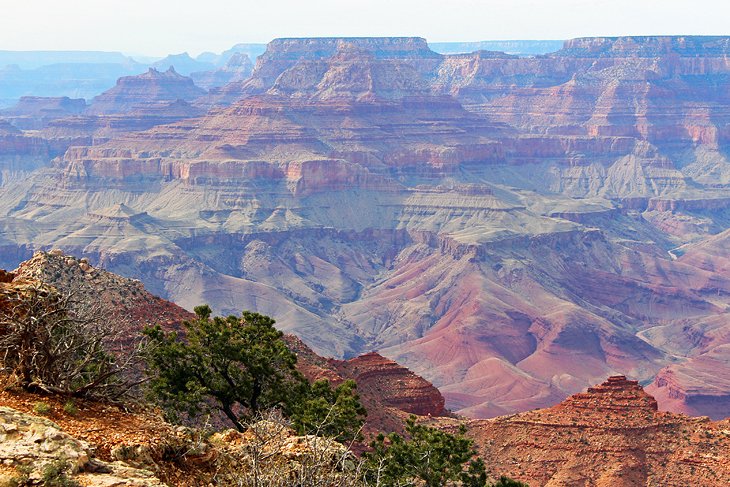