When Sister Deirdre “Dede” Byrne answered the phone in December 2021, a young man on the other end of the line told her something disturbing and hard to believe.

“My mother is a doctor. You worked with her more than a decade ago in Afghanistan, in an American camp near Pakistan. And now her life is in grave danger,” she told the sister.

Some people might have dismissed the call as a hoax, but the details caught Sister Byrne’s eye. As a military veteran, the nun had lived in Camp Salerno, about 6 miles from the Pakistani border, around 2008. It was there that she crossed paths with Dr. M. (her full name will be withheld for security reasons). ).

The young man on the phone promised that his mother would email Sister Byrne, offering verification of his identity. And in early January 2022, an email arrived in Sister Byrne’s inbox, written in broken English, from the Afghan doctor, providing more details and asking for help.

“I faced a deadly situation,” Dr. M wrote, explaining that on October 4, the Taliban arrested her at her home and jailed her for three days before letting her go. She had been in hiding since her release, she said.

The Taliban took control of Afghanistan after the withdrawal of the US military on August 31, 2021, and have ruled with oppression ever since. Afghanistan’s small community of Christians, many of whom risked death by converting from Islam, have been particularly at risk.

The New York Times recently reported that as many as 60,000 Afghans who worked with US forces and applied for visas remain in Afghanistan. Dr. M and her entire family are Muslim, but became targets of the Taliban after the 2021 takeover due to her ties to the United States.

In her email, the doctor included screenshots of identification documents, such as her passport, as well as a scan of a United States Army Certificate of Appreciation, signed by Sister Byrne.

“Please do something for me and my family and get us out of Afghanistan. I need an urgent evacuation,” the doctor wrote.

In early February, Dr. M and her entire family got exactly that, thanks to a nonprofit organization called Vulnerable People Project. After a tense escape, they are now in a safe house in an undisclosed country.

“It’s a miraculous story, honestly,” Sister Byrne told CNA, quickly crediting the Holy Spirit for using her, in a small way, to get the rescue going.

“I was like the center that walked the ball, and I just passed it to the quarterback and then let them run the ball,” he said.

Sister Byrne is a member of the Little Workers of the Sacred Hearts of Jesus and Mary, a religious order focused on service, prayer and Eucharistic adoration, based in Washington, DC.

She previously served as an Army medic for nearly 30 years, rising to the rank of Colonel before her retirement. As a missionary surgeon, she has made numerous trips to help the sick in Kenya, Haiti, Sudan, and Iraq. In 2020, she was a featured speaker at the Republican National Convention.

Sister Byrne said she remembers having a great relationship with the Afghan doctors she worked with during her service in Afghanistan, many of whom spoke good English.

But when Dr. M’s plea landed in her inbox, her heart sank at first: She knew absolutely nothing about facilitating a bowel movement.

“I’m nobody, really. I didn’t know how in the world we could help,” Sister Byrne said.

So, she asked around. Shortly after, a top aide to US Congressman Chris Smith put her in touch with Jason Jones, director of the Vulnerable Persons Project (VPP). Since the US withdrawal, the group has been campaigning for donations to send coal to Afghans, amid fears that hundreds of thousands of children are at risk of dying in a cold and collapsing Afghanistan.

Jones told CNA that the VPP has primarily focused on delivering food and charcoal to Afghans in need, but with a recent rise in violent incidents against Christians and other minorities, they have focused their efforts on getting vulnerable people out. from the country.

Using the network of trusted Afghans they had established to deliver food and supplies, the group was able to coordinate a series of overland evacuations.

“It’s a trust that we’ve built with people over time, and I think our food program has created a lot of goodwill for us on the ground in Afghanistan, and people trust us,” Jones said.

The group is keeping many of the details of how it conducts the evacuations private for security reasons, but Jones said his team is largely made up of Afghans they have rescued. One of the main ones is Prince Wafa, an Afghan and US citizen who worked as a translator for the US military between 2010 and 2014.

Wafa told CNA that although he had lived in the United States since 2014, he was forced to travel to Afghanistan in late July 2021 to help his wife escape. That began a months-long ordeal in which he was stranded in Afghanistan until October.

The pair later escaped to a refugee camp in Qatar, where they spent 40 days before returning to San Diego in December 2021 with the help of the VPP.

Wafa now coordinates all VPP evacuations from Afghanistan, using family connections because “those are the only people I can trust.”

“We have been fighting this for a long time. We just try to do what we can,” she said.

When the VPP accepted Sister Byrne’s request, the Wafa team was able to deliver a relief package of food and charcoal to Dr. M, her children and grandchildren within hours.

“We can get food and charcoal anywhere in Afghanistan in 24 hours, in most places. So, in about four hours, we were able to deliver food to them,” Jones said.

The Wafa people then set out to obtain passports and visas for Dr. M and her family, which took a few weeks, but by February 3, everything was ready for them to escape. Finally, on February 8, the group of 13 people managed to leave Afghanistan by land route, crossing the border in three cars.

“I have worked with people where there is a lot of talk and no action. This group is very little talk, and so much action. I was so impressed,” Sister Byrne said.

Wafa and Jones emphasized that their operations depend on donations and urged all people of good will to consider donating.

Afghanistan is over 99% Muslim, with the majority being Sunni. There are small groups of Christians, including about 200 Catholics, as well as some Buddhists, Hindus, and other small minorities.

Sister Byrne said that during her time in the army, she encountered many Afghans who had never met a Christian and had never heard of famous Christians like St. Teresa of Calcutta. When curious Afghans commented on her kind behavior, she explained that she was a Catholic sister.

“There is a great opportunity to bring faith to people when you are in a situation where you have had the opportunity to go to Afghanistan in such a protected way by being with our military,” he concluded.

Sun Feb 20 , 2022
Three women shared the secret of their happiness on their 50th birthday as consecrated women of Regnum Christi. Within the framework of the month of consecrated life, which is celebrated every year in February, Regnum Christi shared the testimonies of María Laura Moreno, Teresa Vaca and Teresa Vaca, who in […] 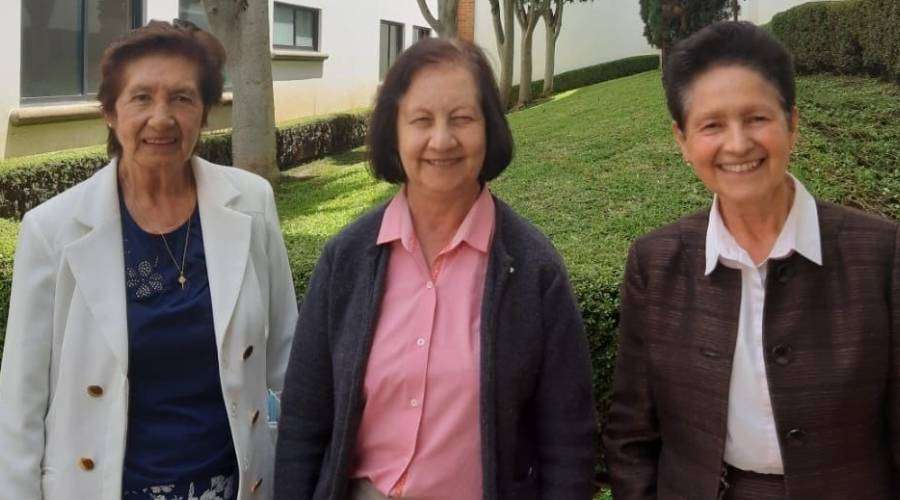