In the framework of the preparation for the celebration of the Synod of Synodality in Rome in 2023, two historic Spanish archdioceses have proposed abolishing priestly celibacy and giving women access to the priesthood.

The Archdiocese of Barcelona, ​​governed pastorally by Cardinal Juan José Omella Omella, current president of the Spanish Episcopal Conference (CEE), includes among its proposals “a Church that adapts the different ministries, opening the possibility of optional celibacy or the possibility of access to the priesthood of married men (as is already happening in the Churches of the Eastern Latin-Catholic world)”.

In its section “Perspectives: next steps to which the Spirit invites us”, the Archdiocese of Barcelona points out that “a Church is needed that enhances the role of the laity in the Church, favoring their effective involvement in the life of communities and groups and of the Diocese.

In particular, it indicates, the role “of women must be strengthened, advancing in the real and effective recognition of the equality and dignity of all the baptized, especially of them, (…) and progress is made in the reflection on their access to the diaconate and, if possible magisterially, to the priesthood”.

Among the groups that have participated in this diocesan phase in Barcelona is the “Associació Cristiana de Lesbianes, Gais, Bisexuals i Transsexuals de Catalunya” (Christian Association of Lesbians, Gays, Bisexuals and Transsexuals of Catalonia), which is defined on its website as “an ecumenical meeting space for all LGBT Christians who want to share their experiences, live their faith and homosexuality naturally, promoting the integral growth of the human being.”

According to the document of the Archdiocese of Barcelona, ​​which serves just over 2 million Catholic faithful, contributions from “about 7,000 people” have been collected for the preparation of these proposals.

The Archdiocese of Zaragoza, whose Cathedral-Basilica of Our Lady of the Pillar houses the column on which the Virgin Mary, according to tradition, appeared to the Apostle Santiago around the year 40 after Christ, in the midst of the evangelization of the current Spain, presents proposals similar to that of Barcelona.

Governed pastorally by Bishop Carlos Manuel Escribano Subías, the Archdiocese of Zaragoza proposes to “open dialogue and theological debate on women’s access to ministries, including the diaconate and priesthood”.

The Archdiocese of Zaragoza also requests “review and clarify some teachings on personal moralityrenewing sexual and family morality, in light of the signs of the times”.

The proposals collected in each diocese were sent to the Spanish Episcopal Conference, which in turn will prepare a summary that will be officially presented on Saturday June 11.

The Synod of Bishops, which will have as its theme “For a synodal Church: communion, participation and mission”, will be held in October 2023 at the Vatican.

The preparation for the Synod has three stages. The first, held at the diocesan level, was held between October 2021 and April 2022.

A second phase will be “continental”, and will take place between September 2022 and March 2023.

The third stage, of the “Universal Church”, will take place when the General Secretariat of the Synod sends to the participants of the Synodal Assembly, which will meet in the Vatican in October 2023, the text of the second Instrumentum Laboris, or working document of the Synod.

Tue Jun 7 , 2022
Every June 7, Blessed Ana de San Bartolomé, a Carmelite nun, mystic and disciple of Saint Teresa of Jesus, is remembered. Sister Ana promoted, with great results, the expansion of the Discalced Carmelite reform in France and the Netherlands. It was proclaimed “Liberator of Antwerp” (Belgium) since the ancient city […] 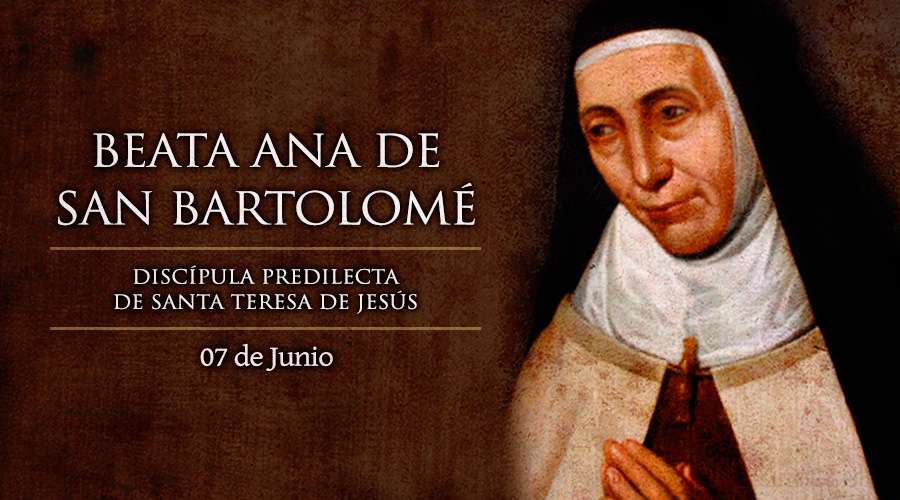