In a round table together with other international media, we have had the opportunity to chat with Hilary Duff, the great protagonist of ‘How I met your father’. The series, which stands as a spin-off of the successful ‘How I Met Your Mother’, lands on Disney+ this Wednesday, May 11, also featuring other faces such as Chris Lowell, Francia Raisa, Tien Tran, Suraj Sharma , Tom Ainsley and even Kim Cattrall.

During the intervention, Duff came in to address various questions about the series, being asked about her identification with her character, the use of canned laughs or her work as a producer. We, taking advantage of her mythical past as the great ‘Lizzie McGuire’, ask about the evolution of the comedy from the early 2000s to the present, that is, from when she began her television career with this Disney Channel classic to his current job on ‘How I Met Your Father’.

“There are a lot of differences. I don’t even know if I can address that quickly. I think one of them is that our show is very diverse and shows a true representation of how people act today,” Duff began by explaining. “It’s been a long time coming, but now comedy is more inclusive exploring different sexualities and different races. It’s lovely to have a piece of work that’s so much more realistic. But honestly, we didn’t even think about it,” she continued.

The actress exemplified her words with the character of Ellen, a lesbian girl who is brought to life by the actress Tengo Tran. “We’re not dealing with her coming out, she is who she is and fits into our circle of friends like anyone else. Her plot revolves around her recent divorce and her move. Those are her struggles, because she’s confident, loved and appreciated for what it is and we don’t have to address that issue,” he said. In this sense, Hilary Duff clarified that she feels that comedy shows a greater connection with diversity, acceptance and feelings of people than there was 20 years ago, when she began her career in the world of television comedy with ‘Lizzie McGuire ‘. “People can be accepted and connected in a way that I feel like they weren’t 10 or 20 years ago when I first appeared on television,” she said.

A character far removed from her

Hilary Duff plays Sophie, a woman who is constantly searching for her better half through dating apps. However, the actress admits that with her current life as a happily married woman with her children, she feels very far from her character, which has been a very refreshing challenge for her. However, Sophie does not completely walk away from the challenges of her own life.

“Yeah, I’m a mom, I’m in a relationship and I’m just trying to keep my head above water with a career and three kids that I organize and have to support. So this is really refreshing to come to work, it opens my eyes a little bit more and I It makes me more optimistic and not so locked into the logistics of keeping my world and my family running,” the actress responded during the roundtable. “Sophie just doesn’t have the kind of pressure that I think I do, and I love that. I mean, she also has her own issues of trying to find her balance, which I relate to a lot. Even now I’m progressing and learning.” , nuance

Taking advantage of the theme, Duff also talked about how he lived his romantic dates, where he also admits to feeling a lot of distance with Sophie due to her high media exposure, her divorce with Mike Comrie or having her first child at an early age. “I have a totally different perspective on that, or I like an upbringing that’s very different from Sophie’s, because I’ve had a more public life from a very young age, I’ve always been in serious relationships and I haven’t been a continuous dating person and she exposes herself as Sophie,” she recounted.

“I think unfortunately I’ve been a lot more jaded because I got divorced at a young age, I had a child at a young age, and I had to take that into account moving forward into new relationships. I mean, I did date, but always before throwing myself into a relationship I knew it would be something bigger than something casual. And I think it’s because I have a son. That was always a little more challenging and I didn’t get to date in that happy way like Sophie, “he concluded about his identification with his character.

How I Met Your Father premieres on Disney+ on May 11.

Priest dies in accident while hiking in Sinai

Tue May 10 , 2022
Fr. Steven Labat, a 32-year-old priest of the Emmanuel Community, recently died in an accident during an excursion to Sinai, Egypt. The Archdiocese of Paris (France), to which he was incardinated, confirmed his death on May 9. Born in 1990 in Montreal (Canada), in a Lebanese family, he moved with […] 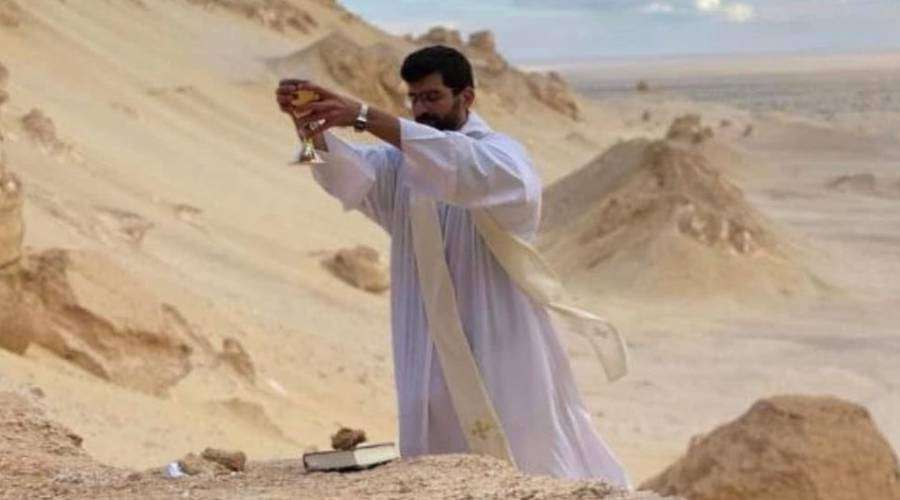