‘Heartstopper’ premiered on Netflix on April 22 and although it is having a hard time reaching the top positions in the ranking of most viewed titles on the streaming platform, it has undoubtedly become a viral phenomenon on social networks. The adaptation of Alice Oseman’s comics can also boast of being one of the series with the best reviews of recent Netflix releases, with 100% positive reviews on Rotten Tomatoes, and of having catapulted its protagonists to fame, who They already amass hundreds of thousands of followers on their social profiles.

But all this does not matter when a series that is so important for LGTBQ+ representation achieves its true purpose, which is to inspire. A few days ago, the tweet of a fan of the series went viral, announcing that she had used the scene in which Nick Nelson (Kit Connor) confesses to his mother (Olivia Colman) that he is bisexual to “come out of the closet” as queer with their parents. Kit Connor himself shared the tweet with a simple and clear message: “For this. For this we have done it” and in a recent interview he assured that it has been “the most rewarding moment” of his career.

Pink News have managed to contact Esme, the fan in question, who explains that she had been looking for a way to talk about her identity with her parents for a long time (seven years, according to what she commented on Twitter), but when she saw Nick’s scene in the series thought it was the perfect way to tell him: “It’s helped me so much. I didn’t want to come in and say ‘oh, by the way, I’m queer.’ I wanted it to be more ‘this is something that means a lot to me, and it’s helped me.’ much'”. She explains that she was terrified when she sent the scene to her parents, asking them to see it. But she turned out fine. Her parents reacted almost as well as Olivia Colman’s character and although they were a little confused at first, they “have caught the spirit of her” and have assured her that “for us you are still you”.

Already in the tweets, he greatly thanks ‘Heartstopper’ and Alice Oseman “for creating a character that has helped me in ways I couldn’t describe” and Kit Connor for “being the perfect Nick Nelson.” Esme was blown away by the response to the tweet and was so touched that Connor had shared it: “I started crying and I was like, ‘Oh my God, what’s going on?'” He says that with his story he wants to show that series like ‘Heartstopper’ make a difference much more than it may seem: “Being a queer person and seeing queer people succeed is great. I think it’s important and it will continue to be an important series for years because there’s going to be a lot of young people – queer, trans or still figuring it out – who are going to watch the show and think ‘I relate to Nick or Elle or Charlie and his mental health.’ beautiful to show queer people existing in the same way we’ve seen straight people exist in movies and series for so many years.”

Netflix has not yet announced if ‘Heartstopper’ will have a second season. The first covers the first two volumes of the comic, so there would be another two already published and the fifth, the last of the saga, which is pending to go on sale. Oseman, who is also behind the series, said in a recent Radio Times interview how long he would like the series to last: “It would probably be four seasons to cover the whole story. I haven’t made a detailed plan or anything like that, but it’s It’s pretty easy to divide the books into seasons, so I think four would do.” Hopefully it will be renewed, but if it isn’t, at least we know that the series, and scenes like the one with Nick and his mother, have managed to make a positive impact.

Sat Apr 30 , 2022
Fran Rivera and Eugenia Martínez de Irujo have met again in public and this time they wanted to pose together with their daughter Tana Rivera, something that has served to once again demonstrate the good relationship between them. After the family meeting, which took place at Easter, the ex-marriage has […] 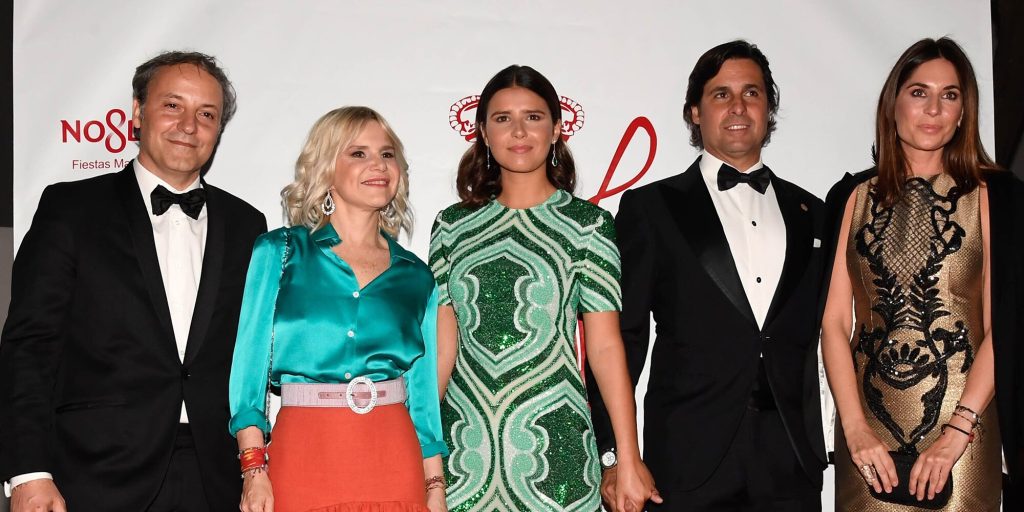