The filming of ‘Guardians of the Galaxy Vol. 3’ continues to generate news around it. The third installment in the James Gunn-directed trilogy broke a world record, promises something different, and will spell the end of the original team as we know it. However, the filming, of which we have been able to see new images of the set, continues its course, but not for everyone.

The one who has finished her participation in the filming is Karen Gillan, who until now has been in charge of giving life to Nebula in the first two deliveries of the guardians, as well as in ‘Avengers: Infinity War’ and ‘Avengers: Endgame’. The actress has said goodbye to her character through her Instagram account with a photo of her chair on the set.

“Filming End for Nebula in Guardians of the Galaxy Volume 3! I don’t know if Nebula will be back from now on, this may have been the end of her. And if so, I want to thank James Gunn for giving me a such an interesting, complex and fascinating character. I’ve enjoyed this exploration more than any other character I’ve ever done. It’s been an amazing decade. Thanks for watching…”

It is not clear if it is the end of the filming of ‘Guardians of the Galaxy Vol. 3′ or just the character of Nebula, just as it is not yet known if it is the final end of Gamora’s sister and Thanos’ daughter or if will appear again in the Marvel Cinematic Universe. Knowing that this third installment will involve big changes, we could expect the final end of Nebula in the UCM.

good vibes in the team

The Guardians team is known for their good vibes both on and off screen. The last act of love between them has been revealed by James Gunn through his Twitter account, in which he shows the gift that he has received from Gillan’s hands as a farewell. It is a drawing in which the director reveals a secret fear and that the actress uses to portray both.

I have a weird phobia of people walking like Charlie Chaplin (or acting like Groucho). It doesn’t bother me when Chaplin (or Groucho) does it, just when people imitate them. So @karengillan gave me this as a wrap gift. #GotGVol3 pic.twitter.com/w4LfyHKfr8

“I have a weird phobia of people who walk like Charlie Chaplin (or act like Groucho). It doesn’t bother me when Chaplin (or Groucho) does it, only when people imitate them. That’s why Karen Gillan has given me this weekend gift filming”.

In addition to ‘Guardians of the Galaxy Vol. 3’, which will hit theaters on May 5, 2023, the most thug group in the galaxy will have their appearance in the next film of the god of thunder, ‘Thor: Love and Thunder’ , which premieres on July 8 this year.

With this dedication the Virgin Mary unites Ukraine and Russia

Wed May 4 , 2022
Our Lady of kyiv is one of the most revered icons in the East, both by Ukrainians and Russians, and is considered among the most famous in the world. However, it is also known as Our Lady of Vladimir and is one of the oldest, since it arrived in the […] 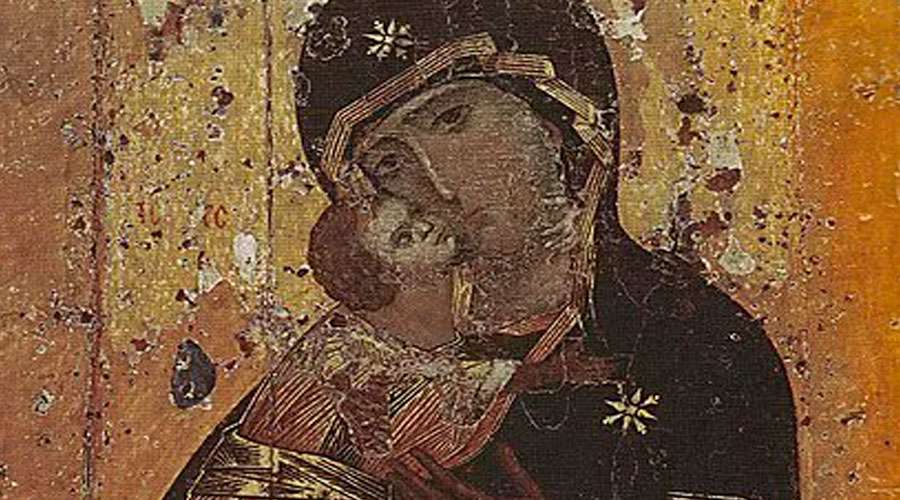