A lay leader and co-chair of the German Synodal Way has called for a “national abortion provision” in Germany, the most populous country in the European Union.

Irme Stetter-Karp, president of the Central Committee of German Catholics, acknowledged that abortion should not be considered a “regular medical service,” reported CNA Deutsch, the German-language agency of the ACI Group.

In comments published by the German weekly “Die Zeit”, the 65-year-old woman wrote that abortion was not “a regular intervention and should not be treated as such”, adding however that the Central Committee of German Catholics advocated an action ethically responsible in all involved.

Stetter-Karp emphasized that “at the same time, provision for medical abortion intervention must be ensured at the national level. This is not the case at present because gynecological care is lacking in rural areas in particular”.

The Central Committee of German Catholics is organizing the controversial “Synodal Way” together with the German Bishops’ Conference. As acting chair of the lay committee, Stetter-Karp is also co-chair of the German synodal process.

Stetter-Karp’s comments were harshly criticized by Alexandra Linder, president of the Federal Association for Life in Germany. The association is the organizer of the March for Life that takes place every year in Berlin.

Speaking to CNA Deutsch, Lindner accused Stetter-Karp of falling for “false claims from the abortion lobby” and called for better advice and support for pregnant mothers, rather than abortions.

“The numbers in Germany are not going down at all, which can easily be seen from the consistently high abortion rate. Also, due to the lack of mandatory reporting, a higher proportion of abortions are not statistically recorded at all.”

Germany’s Federal Cabinet in March abolished a ban on advertising abortions, a move welcomed by the Federation of German Catholic Youth, an umbrella organization for Catholic youth associations.

This youth federation also criticized that abortions are not fully accessible throughout Germany.

“In some areas of Germany, abortions are no longer accessible,” said a spokesman for the Catholic youth association. “This puts pregnant women under additional time pressure, making it difficult to decide for or against abortion,” he added.

Currently, Germany allows abortion in the first 12 weeks of gestation, with compulsory counseling in a state-approved facility, as well as later abortions under certain circumstances.

The country of 83 million people recorded approximately 100,000 abortions in the pandemic year of 2020.

Translated and adapted by Abel Camasca. Originally posted on CNA.

Today Saint Bonaventure is celebrated, the saint who invites us to live the joy of grace

Fri Jul 15 , 2022
Every July 15 the Catholic Church celebrates San Buenaventura, Franciscan theologian and philosopher of the s. XIII, who reached the spiritual heights of mysticism. He also served as bishop of Albano (Italy) and was a cardinal. Saint Bonaventure holds the title of Doctor of the Church, and scholars refer to […] 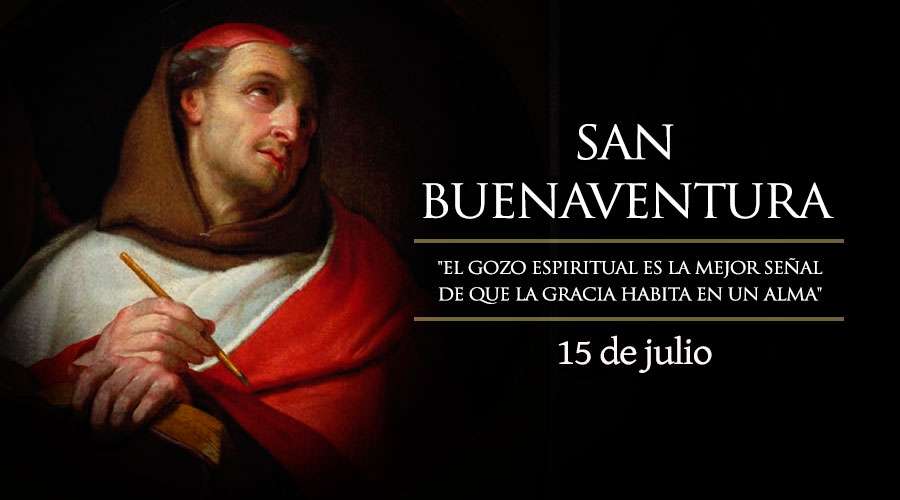