Tully (Katherine Heigl) and Kate (Sarah Chalke) are very close and have been for pretty much their entire lives. The end of the first season of Friends Forever (Firefly Lane) from Netflix is ​​shocking by all accounts. The duo attend Budy’s father’s funeral, Kate sees Tully.

At some point in the conversation Kate remembers that they stopped talking between 2003 and 2005. Kate tells Tully in Friends Forever:

“When I said I could never forgive you for what you did, what did you think that meant?” “Go away. I don’t ever want to see you again.”

Before that, we saw Friends Forever the duo’s overcoming all obstacles in their friendship, and more than one serious fight. Even when Kate forgives Tully at one point she helps her daughter Marah (Yael Yurman) do birth control behind her back.

Since this event was a big blunder on Tully’s part. Their friendship actually dates back to their teenage years in the 70s, and they seemed inseparable. But what did Tully do in Friends Forever? Remember.

The differences between Kate and Tully in Friends Forever

Actress Ali Skovbye, who plays the young Tully, told Refinery29 that she couldn’t say much without spoiling a possible second season. While that may be true, she managed to point us in the right direction to understand a little bit of the events of the series. The protagonist said:

“I think as strong as a connection is – any romantic relationship or platonic relationship, sometimes life happens, things happen. You can’t always control it.

We can see that there are times when the mood heats up between Tully and Kate in Friends Forever. This can lead to a disagreement. As we can see in the 1980s timeline, Katy struggled with the attention her news station chief Johnny Ryan (Ben Lawson) gave Tully.

Kate undoubtedly showed in the series that she had a crush on Johnny from the first moment they met and while there were feelings on his part too, it took a long time to act on them. Also, he slept with Tully before marrying Kate.

In fact, knowing that her friend had slept with her husband undoubtedly weighed heavily on Kate. That’s because Tully and Johnny remained close producing The Girlfriend Hour, her talk show, and used to turn to her when there was a problem in their marriage.

The balance between Kate and Tully

Not just with Johnny, but Kate always felt a little smaller when Tully was around. Her parents were tougher on Kate and praised Tully. At Kate’s brother’s wedding, Tully was the one who gave the speech. He even confided the secret that he was gay to Tully, and Tully never told Katy in Friends Forever.

While Tully was under no obligation to get over Sean, Kate clearly hurt when she found out that Tully had known Sean’s secret since 1974, while Kate didn’t until 2003.

They’ve always gotten over all other fights, including the kind of things normal friendships can’t recover from. It must have been something really big to blow up their relationship.

what the book Friends Forever reveals?

the book in which Friends Forever is based, gives the answer. Then the reason for the fight is revealed. In Kristin Hannah’s novel, Tully decides to help improve Kate and Marah’s relationship. She invites the mother and daughter on her talk show so they can talk. But when Kate is in front of the cameras everything goes wrong.

Since everything on the show feels like an attack on Kate, Tully reveals live that the segment is called “overprotective moms and the teenage daughters who hate them.” She also brings in a doctor who essentially tells Kate that she is a bad mother and she considers him unforgivable.

It is possible that in some episode of Friends Forever, the incident is added. Since a lot has already been changed from the book (including the fact that Tully isn’t the person at the funeral where Kate is present), that could change as well. Either way, the possibilities are endless, so anything could be the reason Kate and Tully eventually stop talking.

In the final moments of the episode, Tully seemed confused as to why Kate was still mad at her, as if she never really realized that Kate might have good justification for being mad. So we can be sure it will be made even worse by Tully’s inability to apologize. Until Tully can admit to everything she’s done, there’s probably no hope of their reconciliation in Friends Forever .

In the book, the friends talk to each other again, after a tragedy happens they make peace. The friendship is resumed when Kate is diagnosed with cancer. After the long separation, they reconcile and Tully remains close to Kate taking care of her throughout her chemotherapy treatment.

Kate was already in an advanced and terminal stage of cancer. They stay together until the end. At the time of Kate’s death, Tully promises to take care of her friend’s daughter and husband. It remains to be seen whether the series will give them that tragic ending.

So, are you looking forward to the return of Friends Forever?

You might also like:>Marvel made She-Hulk change ahead of Disney+ debut

By the way, be sure to follow Streamings Brasil for more news on the series.

Miracle of Hiroshima: Jesuits survived the atomic bomb thanks to the Rosary

Sat Aug 6 , 2022
On August 6, 1945, during World War II, the United States dropped the Little Boy atomic bomb on the Japanese city of Hiroshima, causing the immediate death of 140,000 people. However, in the midst of the tragedy, the so-called Miracle of Hiroshima also occurred, an episode that was documented by […] 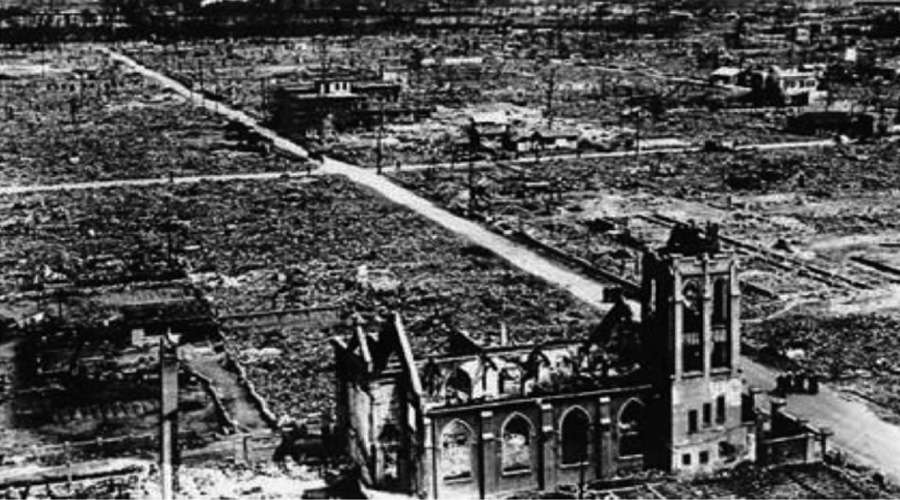