Ridley Scott has several projects underway. As he announced a few months ago, the sequel to ‘Gladiator’ is beginning to take shape, with a script already written, although his priority right now is ‘Napoleon’, a film that deals with Napoleon Bonaparte’s rise to power through their relationship with his wife Josephine Beauharnais.

Joaquin Phoenix and Vanessa Kirby (replacing Jodie Comer) are in charge of bringing these two historical figures to life. And, thanks to the images that have been leaked through social networks, we can see his characterization.

Let’s start with Phoenix. The actor wears the characteristic dark blue military suit with gold accents that the French general wore, as well as a bicorn hat that matches his clothing.

A first look at Joaquin Phoenix as Napoleon in Ridley Scott’s epic film based on the French Conqueror, which will explore Napoleon’s climb to power through his relationship with his wife Josephine? https://t.co/pTYJYDetEx pic.twitter.com/IYejx5moCO

For his part, Kirby wears an exuberant cream-colored fur coat that almost completely covers her dress of the same color. As far as accessories are concerned, he has decided to accompany the character’s attire with a silver hair tiara and a necklace of which we can hardly see any details.

The published photos represent a key moment in the rise of Napoleon, just as his enemies tried to assassinate him on Christmas Eve 1800. As the couple prepared to go to the premiere of ‘The Creation’, a work composed by Joseph Haydn, a horse carriage full of gunpowder and stones. Despite the tremendous outburst, the marriage survived and four years later the commander proclaimed himself emperor of his country. The sequence was recorded in Greenwich, southeast of London.

It should also be noted that according to the Daily Mail, a source from the shoot states that “the work that has been done is incredible, the scenes are sensational… Everything is thought out in detail”.

Rounding out the cast are Tahar Rahim, Youssef Kerkour, Liam Edwards and Mamie Barry. The script is signed by David Scarpa (‘All the money in the world’). The premiere date is not yet known.

Tue Mar 15 , 2022
Pope Francis met with the Bishop-elect of South Sudan, Msgr. Christian Carlassare, an Italian Comboni priest whose episcopal consecration was postponed last year after he suffered an assassination attempt in a shooting. On Monday, March 14, Bishop Christian Carlassare met privately with Pope Francis at the Vatican, less than two […] 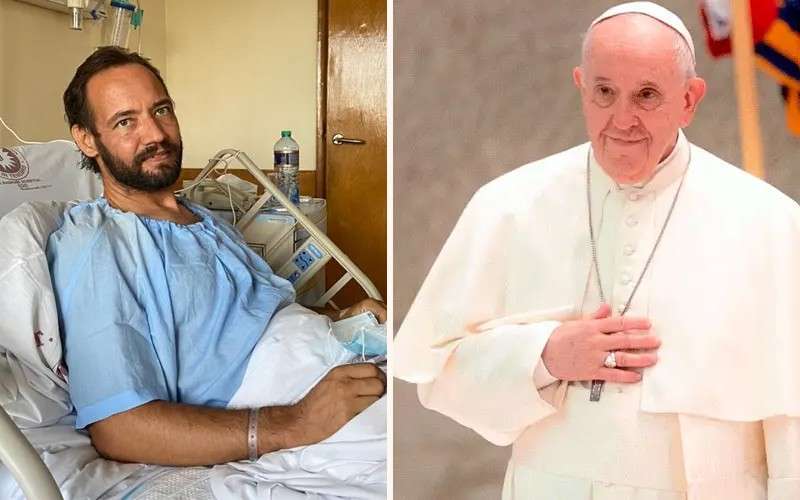