This May 9, the filming of “Guadalupe: The Movie” began, a feature film produced by Goya Producciones and Ave María Films, and which seeks to bring the message of the Virgin in Tepeyac to the entire world.

The director of Goya Producciones, Andrés Garrigó, told ACI Prensa that although “it seems incredible”, almost half a thousand years after the apparitions of Our Lady of Guadalupe, her message “remains a hidden treasure for many”.

“So rich is its meaning, so powerful its effects, that we could compare it to a volcano of graces in continuous eruption,” he said.

For Garrigó, “the most difficult thing will be capturing the supernatural, since it exceeds the imagination of the best artist”.

“To help us, we have the advice of Msgr. Eduardo Chávez, director of the Higher Institute of Guadalupan Studies, and specialists of the stature of Fernando Ojeda Yáñez and José Aste Tönsmann,” he said.

The film will last 90 minutes, and will collect the testimonies of people whose lives have been transformed by the Virgin of Guadalupe. Among them are Fr. Héctor Ramírez, founder of Mater Fátima; and well-known EWTN host Pepe Alonso.

Gaby Jacoba, founder of Ave María Films and the International Catholic Film Festival, assured ACI Prensa that launching this project “fills our hearts with joy, with joy,” because “we know that our Blessed Mother the Virgin of Guadalupe and all of his children around the world are waiting for this movie.”

“This film is really going to reach thousands and thousands of hearts, carrying the Guadalupe message,” he assured.

Jacoba indicated that the production of this film “has been dreaming, it has been prepared in great detail, with great care.”

“We believe that making the Guadalupe message known to the world is urgent,” he said, and especially showing “history completely,” which is why they have experts in the apparitions of Our Lady of Guadalupe.

It is about, he stressed, showing “the correct doctrinal roots, the correct scientific roots, and also the whole message of love from Our Mother.”

The founder of Ave María Films indicated that the film will be produced during 2022, and a premiere for the entire American continent and Europe is expected in 2023.

Then, they will seek to take the film about the Virgin of Guadalupe to Asia and Africa.

Gaby Jacoba also encouraged all Catholics to join the production of Guadalupe: The Movie “with their prayers, with their support in every possible way, to leave this legacy, through cinema, of the Guadalupe message and take it to the whole world.” ”.

Tue May 10 , 2022
An image of the Virgin of Guadalupe donated by the pontifical foundation Aid to the Church in Need (ACN) arrived in Ukraine, where they see it as “a great symbol that she is close to her people” and they ask her for the “miracle” that the war ends and peace […] 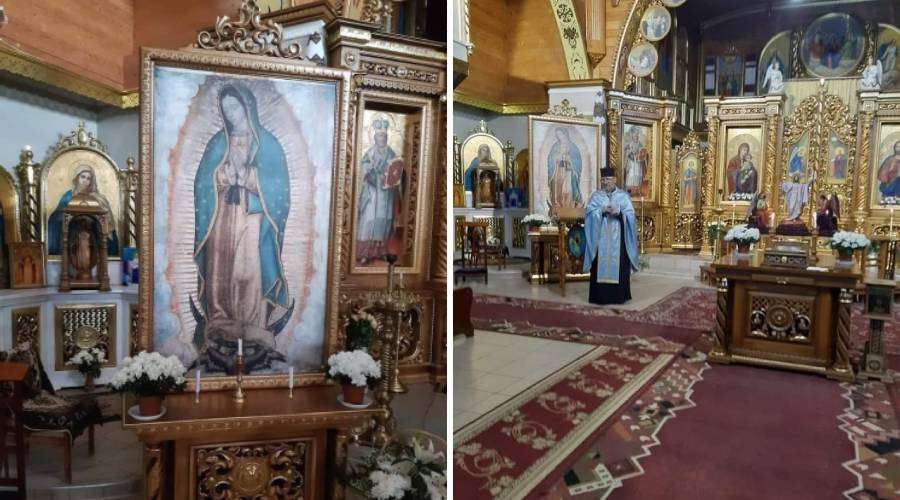