With ‘Fantastic Beasts: Dumbledore’s Secrets’ about to be released in North America, Warner Bros. would be seriously thinking about what will happen to the saga from there. Despite stating on several occasions that the main idea was to make five films, Variety reports that the studio has yet to confirm a fourth or fifth installment, stating that there is no script for ‘Fantastic Beasts 4’ yet.

The decision would have been considered after all the headaches they suffered since they started with ‘Fantastic Animals and where to find them’ in 2016. Starting with the cast, because the last to be added to Warner’s list of problems was Ezra Miller after his recent controversies, which could have led the study to paralyze their projects with him. The other great protagonist was Johnny Depp and his famous departure from the saga, although the good reception of Mads Mikkelsen as Grindelwald has turned out to be good news at last.

With a pandemic also involved, the production of ‘Fantastic Animals: Dumbledore’s Secrets’ also had to deal with the constant controversies of JK Rowling and her support for trans-exclusive feminists, as well as the censorship of films in countries like China, Saudi Arabia, the United Arab Emirates or Russia.

Being the saga of ‘Harry Potter’ one of the two flagships, along with the DC Universe, of Warner Bros in the cinema, it is more than likely that the producer will choose to continue expanding the magical universe, whether with ‘Fantastic Animals’ or not .

With everything in limbo and decisions yet to be made, Warner Bros awaits the reception that ‘Fantastic Animals 3’ has to act accordingly. For now, it premiered on April 8 in theaters in Spain at number 1.

Tue Apr 12 , 2022
This April 12 marks the 75th anniversary of a Marian apparition in Rome. It is the invocation of the Virgin of Revelation that is venerated in the Santuario delle Tre Fontane (Sanctuary of the three fountains) located in the Italian capital. The rector of this Marian sanctuary, Mons. Renato Tarantelli, […] 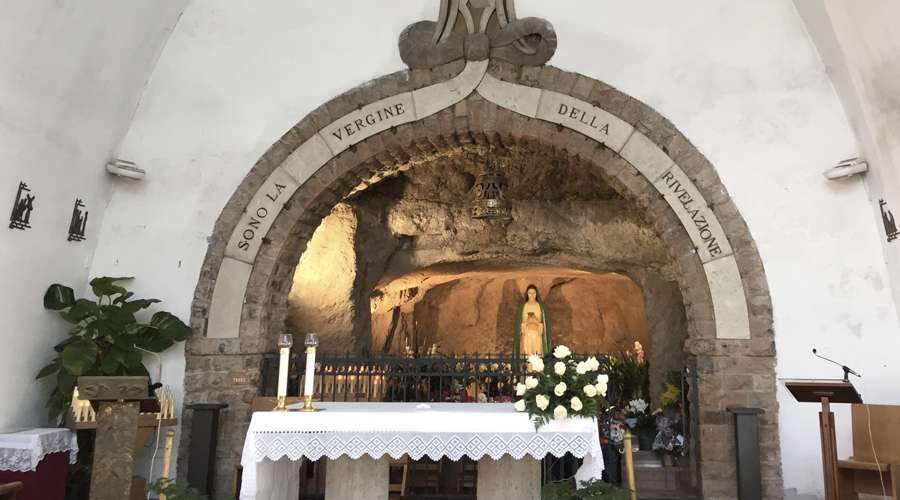