The well-known Spanish TikToker Nachter responds to those who attack and criticize him, including some influencers, for being Catholic.

Ignacio “Nacho” Gil Conesa, Nachter’s real name, is known for having more than ten million followers on TikTok and three million on Instagram, where he has been posting humorous videos about everyday family situations for seven years.

“I thought that white humor limited me and I didn’t want to do anything else either, but thanks to the quarantine, where much more family was made out of obligation, the figure of the mother or the brothers took on even more importance than it already had and it opened me up. a new door, which is the humor about the typical things that happen in a house. And it exploded”, says Nachter in an interview granted to the Spanish newspaper El Mundo.

Nachter was born in Valencia in 1990. He is married, gives talks on Internet addiction and until a few months ago worked as a purchasing director for a restaurant chain, a job he left to dedicate himself entirely to videos.

Regarding those who accuse him of plagiarizing some of his content, Nachter points out that “they are successful haters who live by criticizing creators and believe they are the police of social networks. I prefer not to hype them because it is what they are looking for, that I make them news”.

“Whoever follows me knows perfectly well that more than 80% of the videos are my originals and that I have been doing this for seven years. Casually They are people who also mess with my religion, with my beliefs.with personal things”, he laments.

When asked if they attack him for being “Catholic and traditional,” Nachter replies that “it’s not general, but it is. there are other influencers who have attacked me for being catholic”.

“It seems absurd to me because I have never tried to convince anyone on my social networks to believe what I believe,” says TikToker.

“I am moved by a principle that applies to everyone: do not do to others what you would not like them to do to you. Period”, emphasizes Nachter.

“Being attacked for my religion is ridiculous”, sentence.

Regarding its family-oriented and humorous content, Nachter explains that everything has to do with “my principles, the values ​​that have been given to me.”

“All the sexualization that I see on social media, for example, I don’t like. I make these videos knowing that my parents, my grandparents, my boss see them. I worry a lot about who sees me, ”she highlights.

Nachter then comments that “the biggest change came when we started with the ‘Academy of Mothers’ episodes, a traditional mother explaining to modern mothers how to be like the old ones”.

“Mothers Academy” has also become a book, the first published by the famous TikToker.

“I have become very obsessed with finding content that a child, my father or Alejandro Sanz (one of his followers) can really like. I think that white humor is the only one that can achieve that,” says Nachter.

Today is the feast of Saint Tychicus, the beloved disciple of Saint Paul the Apostle

Sat Apr 30 , 2022
This April 29, the Catholic Church celebrates the memory of Saint Tyquicus, a disciple of the apostle Saint Paul, whom in his epistles he called “dear brother” and “faithful helper”. In his letter to the Colossians, Saint Paul wrote: “Tychicus, my dear brother, will give you news of everything that […] 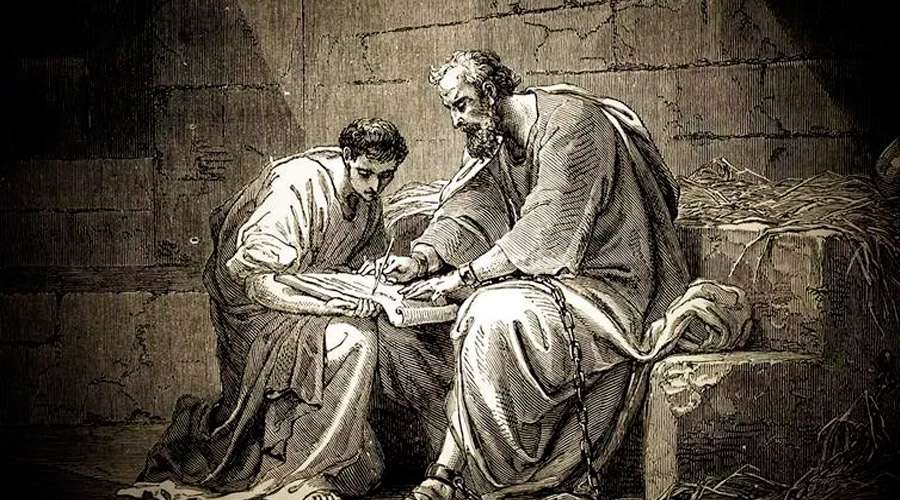