The spokesman for the Polish Episcopal Conference (CEP), Fr. Leszek Gęsiak, considered as “grotesque” the information from the Russian news agency TASS, according to which the Catholic Church in Poland wants to “take the Archdiocese of Lviv in Ukraine”.

The Polish spokesman’s statement refers to a news item from the Russian agency TASS, which on June 22 stated, citing the Russian foreign intelligence service SVR, that “there is evidence that the Polish Episcopal Conference, the main body of the Catholic Church in Poland, is seriously discussing the matter of taking the Archdiocese of Lviv from the Roman Catholic Church in Ukraine.”

“Such a perception of the Russian press agency must be treated, obviously, as part of war propaganda, and have nothing to do with reality. They are a textbook example of what fake news is,” explained Fr. Gęsiak.

The priest specified that never, not even “behind the scenes” in meetings with bishops, no one considered such a surreal idea.

The CEP spokesperson also explained that “the Concordat is an international treaty signed by two states. There is certainly no need at this time to renegotiate it.”

What the spokesman said refers to another statement by the TASS agency, which again citing the SVR, indicates that in order to “take over” the Ukrainian Archdiocese of Lviv, it is of “vital importance” to eliminate the Concordat between Poland and the Vatican.

The spokesman for the Catholic Church in Poland also specified that the Episcopate is made up of bishops who serve in Poland.

Therefore there is no legitimate reason to include in this institution a prelate who heads a diocese that is outside of Poland, even if he is Polish.

Fri Jun 24 , 2022
The Catholic Church celebrates the World Day of Prayer for the Sanctification of Priests cEvery year, on the Feast of the Sacred Heart of Jesus. This special day of prayer is called by the Holy Father through the Congregation for the Clergy. “Let us also ask for holy priests, formed […] 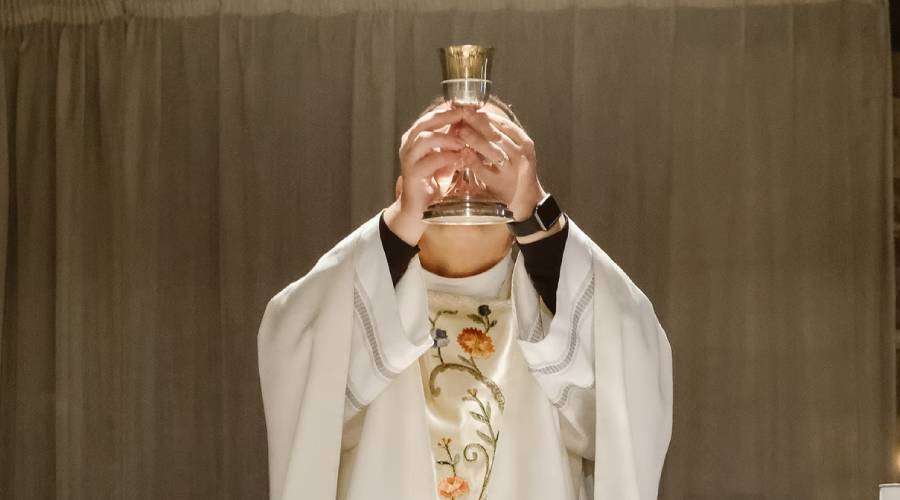