If there is a genre that has witnessed a real explosion in recent years, that is the rougelike and its “companion” rougelite – practically identical, except that the former boasts, among other things, a turn-based gameplay and very few discounts when it fails.

From The Binding of Isaac to Enter the Gungeon, passing through Hades and Returnal (which you can find on Amazon), the video games that belong to this category have become increasingly popular and, over time, also much loved by players who are looking for titles that can put them to the test a bit.

In a world, like the videogame one, where the most frequent complaint we read online is that of “contemporary video games too easy“, Which have lost their bite compared to the past to favor an increasingly heterogeneous audience, the rougelikes and rougelites represent that answer, or more simply, that escape product that returns a part of that complexity so coveted by users, especially old-school ones .

Among the latest genre news published in recent weeks, there is also Eyes in the Dark: The Curious Case of One Victoria Bloomdeveloped by a small independent Croatian team, Under the Stairsand landed on Steam in the middle of this month.

A tenacious adventure, which boasts a protagonist with large round eyes, capable of keeping you glued for hours between runs.

The premises of Eyes in the Dark: The Curious Case of One Victoria Bloom are as simple as they are effective. Victoria Bloom is a young heir to a somewhat odd line of inventors and scientists, invited to the family mansion by her grandfather Victor. Reaching Bloom Manor, the girl notices that something is wrong: a mysterious black cloud envelops the huge villa and its rooms, besides the fact that there is no trace of grandfather Victor.

Armed with a torch, Victoria begins her exploration of the manor, stumbling upon mysterious creatures. A path, the one in Bloom Manor, bumpy and divided into nine different rooms (which also correspond to the levels that make up Eyes in the Dark) that the young heroine will cross and “clean up” thanks to the power of light.

If there is one thing that immediately catches the eye of the new Under the Stairs rougelite it is his delightful artistic style and references to a gothic imagery that exudes Edgar Allan Poe, Tim Burton and other genre authors. Indeed, it is no coincidence that the two characters around which the game’s synopsis revolves are called Victor and Victoria, two recurring names – along with Vincent (Price) – in the filmography of the Burbank director (the two protagonists of The Corpse Bride they call it that, on the other hand); as well as Bloom, which is an obvious reference to that Edward Bloom, the wonderful protagonist of Big Fish.

More stated it is The Raven by Allan Poewho here is the merchant (named Edgar) from whom Victoria can purchase upgrades for her torch, the only weapon (along with some secondary ones) that the girl has at her disposal to proceed on her journey along Bloom Manor.

The style, strictly in black and white to emphasize a certain proximity to the German expressionist cinema of the 1920s, creates a fascinating contrast with the 8-bit music that accompanies us along our path, without ever becoming monotonous. On the contrary, it creates an interesting dissonance that livens up the experience as a whole. But Eyes in the Dark: The Curious Case of One Victoria Bloom isn’t just a feast for the eyes; the title of Under the Stairs reveals itself – albeit in its “simplicity” – a fun experience to play, and this also thanks to gameplay that works right from the start. The game, in fact, revolves around a very intuitive mechanics, that is the use of the torch to eliminate the fog that envelops the villa, as well as the mysterious creatures that have taken possession of it.

It works exactly come in Alan Wake: by throwing the beam of light at the enemies, the latter disperse Sparks (the precious in-game currency, which we’ll talk about in a moment) until they are literally consumed.

In case of death, Victoria will go into game over, but she can “resurrect” thanks to the pocket watch given to her by her grandfather. Consequently, once Victoria returns to the departure room, all updates unlocked up to what point will be lost. However, there is one aspect that remains in Victoria’s hands, namely the “Know”: This is the other currency that the character collects during his previous run, and which allows you to unlock permanent items and bonuses. As happens in other titles of the genre, in addition to the loss of updates, with the death of the character also changes the layout of the level, making everything more interesting.

The flashlight can be upgraded with various upgrades, which change both its range and function, especially when you go into the more advanced stages of the game, becoming a real weapon. In addition to the various monsters that hinder Victoria’s advance into the villa, each room obviously features an end-of-level boss (here known as Guardian). In terms of difficultyEyes in the Dark: The Curious Case of One Victoria Bloom manages to be pretty consistent, without ever really overwhelming the player. And with this we are not saying that it is an easy experience, far from it: simply it has a gradual level of difficulty, which leaves the player his own time to get used to it.

Once the level boss is defeated, Victoria will earn an additional upgrade and in the event that one of the available item slots is full, the player can choose to swap equipment, upgrade the item slot or take down an upgrade. In addition to the upgradeable flashlight, the young Bloom can also take advantage of two other secondary objects, namely the sling and the shoesalso these updateable. Don’t forget to check out Crow Edgar’s shop, where to buy items and upgrades; it’s really worth it, especially as these updates can be useful in molding the user’s play style in their own image, moving forward room after room.

Playing on PC, we decided to opt for a mouse and keyboard to enjoy our adventure; however, this control system immediately turns out to be unwieldy and more demanding, since using the directional keys or the WASD ones are more demanding than expected.

Although reluctantly, we decided to use the controllerwhich turns out to be the most effective way to move around Bloom Manor and to face the challenges that arise in front of the daredevil Victoria. A stylish rougelite, but without excessive pretensions

Eyes in the Dark: The Curious Case of One Victoria Bloom convinced us. While it’s not a game that invents the proverbial wheel and doesn’t add anything really new to the genre, however, it remains an absolutely positive 2D rougelite experience, with an absolutely unique style and font.

A nice experiment, that of Under the Stairs, which tiptoes into a genre (that of rougelike / rougelite) which, despite being quite saturated by now, still has many things to say, and the Croatian studio tries it by playing the card of different artistic style.

It will certainly be worth following the next steps of the indie team, also given the good reception from the public (just look at the user reviews on Steam) that this little The Curious Case of One Victoria Bloom has managed to obtain.

How to Make Money From Stocks

Wed Jul 27 , 2022
When you’re just starting to learn how to make money from stocks, it can be helpful to learn about a few techniques that have helped other investors get rich. These include the Dividend Reinvestment Plan, Dollar cost averaging, and Compound interest. Hopefully, this information will help you get started on […] 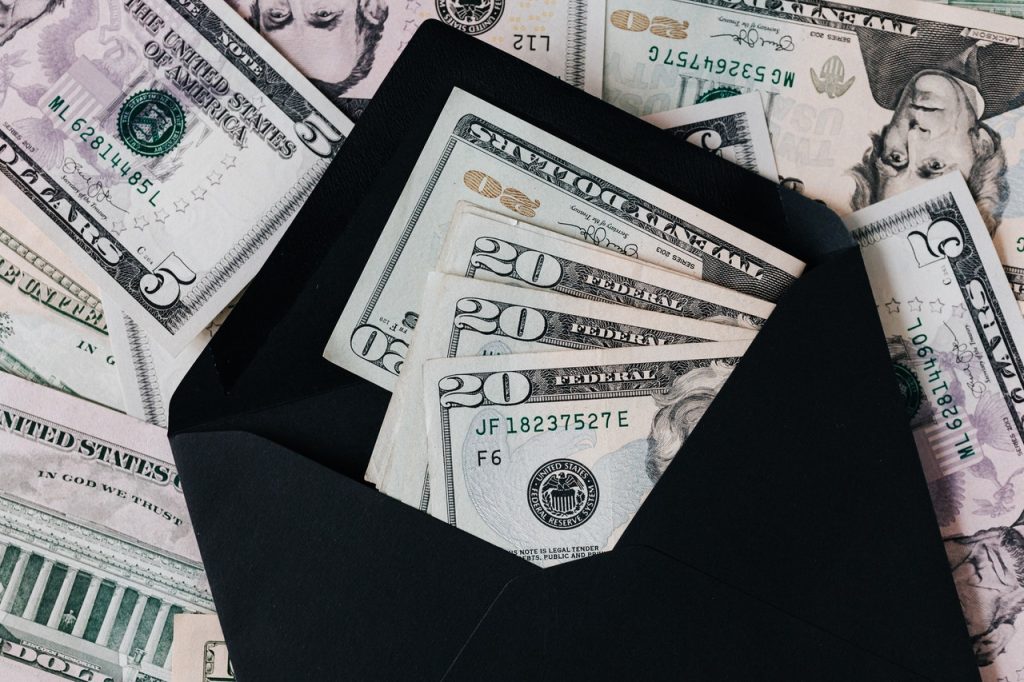