EWTN Global Catholic Network launches a new news service from Erbil, Iraq. EWTN Chairman of the Board and CEO Michael P. Warsaw announced the news agency’s opening this Friday, March 25, when the Church celebrates the Solemnity of the Annunciation of the Lord.

The Catholic Information Association for the Middle East and North Africa or ACI MENA will publish original news in Arabic using a network of correspondents in the region. The new agency will be headed by Bashar Jameel Hanna, a Chaldean Catholic from Baghdad.

The agency will operate from the campus of the Catholic University of Erbil and a ceremony was held for its inauguration with the participation of Msgr. Bashar Warda, Archbishop of Erbil.

“I am pleased to announce that EWTN has launched a news service on the beleaguered and underserved Christian communities of the Middle East,” Warsaw said.

“This is an important milestone for the growth of EWTN News around the world and I am glad that we are taking this step to better serve our brave brothers and sisters in the region who have suffered so much,” he said.

“Since it will be published in Arabic, this agency will thus augment the service offered by ACI Africa, our Nairobi, Kenya-based news agency, which EWTN launched in 2019 and which publishes content in English, French and Portuguese,” added Warsaw. .

Warsaw assured that “ACI MENA will be a new voice to help announce the Gospel and the news of the Church to these Christian communities in their own language.”

Bashar Jameel Hanna, Editor-in-Chief of ACI MENA, studied Philosophy and Theology for nine years at Babel College in Iraq, and obtained a degree in Civil Engineering from the University of Nantes in France. He speaks Arabic, French, English and Aramaic fluently; and he has a broad understanding of classical Arabic.

“When the war came to Iraq, I lost friends and family, and became a political refugee in Europe,” Hanna said.

“Ten years later I received a call to work to rebuild the Nineveh Plain, to rebuild the Church in Mosul. So, at the end of last year, I got a call for the position of editor of ACI MENA. And I heard the Lord say ‘you, whom I took from the ends of the earth, and from its remotest places I called to you, and I said to you: ‘You are my servant; I have chosen you and have not rejected you’”, as the passage from Isaiah 41:9 points out.

“Becoming editor-in-chief of ACI MENA, bringing the message of love to the Arab world still immersed in conflict and persecution, may be a heavy cross, but He is risen!” Hanna stressed.

Alejandro Bermúdez, executive director of the ACI Group, of which ACI MENA is now a part, commented that “we are honored to expand our news coverage of the ancient and heroic communities in this region, providing them with local, Vatican and world news in Arabic.” .

“ACI MENA will not be a mere Arabic news translation, but a local news agency written in Arabic for the Arabic-speaking world, bringing news from local Christian communities to the rest of the world. This is an important step for the ACI Group and for the broader EWTN family,” said Bermúdez.

ACI MENA is the most recent agency of the ACI Group, made up of ACI Prensa, the largest Catholic news agency in Spanish based in Lima (Peru); ACI Digital, an agency in Portuguese based in São Paulo (Brazil); ACI Stampa, the Italian language agency based in Rome; and ACI Africa, which covers news from the African continent in English, French and Portuguese.

The ACI Group is part of the EWTN News, Inc. division, which also includes Catholic News Agency (CNA), an English-language news agency; CNA Deutsch, the German news service; and various other publications such as the National Catholic Register, EWTN News Nightly, EWTN News In Depth; and other television programs.

With 40 years since its founding, EWTN is the largest Catholic media network in the world.

EWTN’s platforms include radio services delivered via SIRIUS/XM, iHeart Radio, and more than 500 affiliated radio stations on AM and FM, a global shortwave service; one of the largest websites in the United States; and EWTN News; as well as EWTN Publishing, the division for book publishing.

Toñi Moreno: 'It's been a great year. I thank my father every day'

Fri Mar 25 , 2022
HomeTelevisionToñi Moreno: “It’s been a great year. I thank my father every day” BEKIA INTERVIEW The presenter is experiencing a great professional moment being at the forefront of the debates on ‘Secret Story’ and now on ‘Let yourself be loved’. Rachel Alonso Sanchez 25 Mar 2022 Toñi Moreno was in […] 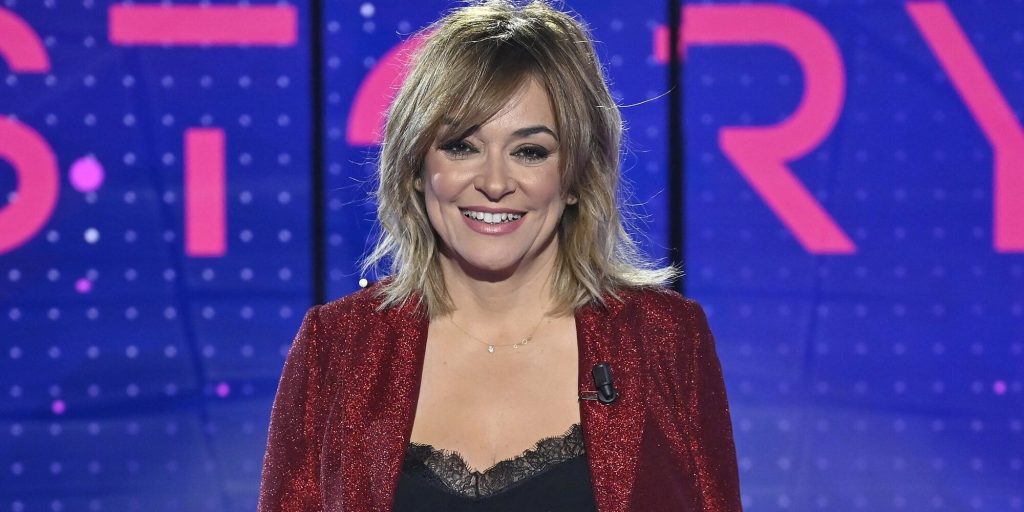