Last Sunday, March 13, the BAFTA ceremony, the British film and television awards and one of the main stops in the Oscar race, took place in London. After a while without hearing from her, Emma Watson reappeared at the ceremony to present an award, monopolizing much of the attention throughout the night. Specifically, a moment during her appearance on stage has given a lot to talk about on social networks due to an alleged hint from the ‘Harry Potter’ actress to the author of the saga, JK Rowling, who continues to raise controversy for her statements about the trans community.

The 31-year-old performer and humanitarian activist took to the stage at the Royal Albert Hall to present the award for Best British Film. The hostess of the gala, the actress and comedian Rebel Wilson, introduced her like this: “Next we have Emma Watson to present the next award. She calls herself a feminist, but in reality we all know that she is a witch.” Arriving at the lectern, Watson responded to her comment by saying, “I’m here for ALL the witches, okay?”

His words were received with laughter and some cheers from those present in the room, as well as on social networks, where many interpreted the message as a hint at Rowling and her trans-exclusionary feminist positions. According to the online interpretation, by saying that she is for all witches, Watson would be showing her support for all women, including trans and non-binary women, thus distancing herself from Rowling’s current of thought, against which Watson had already expressed her support. previously rejected.

I say “destroying” but she really is just showing support for trans women. However I doubt she’d feel the need to say it if not for Rowling’s vocal opinions on the subject.

“I say ‘destroying,’ but she’s really just showing her support for trans women. I doubt she’d feel the need to say that, though, were it not for Rowling’s outspoken views on the subject.”

Emma Watson is a queen for this pic.twitter.com/fng3dHsfYJ

“Emma Watson is a queen for this”

Many praised Watson and shared his message alongside the #JKDoesntSpeakForMe hashtag, which was trending throughout the day. But her words were also met with detractors who branded her an opportunist and, as always when she remembers that she does not share her vision of feminism with Rowling, critics who point out that if it were not for her, she would not have a career. . Faced with these accusations, many others came out in her defense.

I am Emma Watson every day, every day. Her support for trans people is unequivocal, with no both-sidesing and no trying to appease Rowling or her army of hate for her. Just look at the vitriol she receives every time she speaks up. Horrendous comments from the worst kinds of people.

“I look up to Emma Watson every day, all day. Her support of trans people is unquestionable, with no mincing words or attempts to appease Rowling or her army of hate. Look at the hostility she receives every time she speaks out. Horrible comments from the worst kind of people.”

‘Bbb-but Emma Watson owes her career to-‘
No. Because someone once gave you a job, that doesn’t mean you must enslave your conscience, your integrity, your very soul to that person.
That idea is utterly despicable.

“‘Bu-bu-but, Emma Watson owes her career to…’ No. Just because someone once gave you a job doesn’t mean you should enslave your conscience, integrity, and soul to that person. That idea is completely negligible”.

just to be clear: the person most responsible for Emma Watson’s successful career is Emma Watson

“To make it clear: the person most responsible for Emma Watson’s successful career is Emma Watson.”

Rowling has been widely criticized for her comments on biological sex and the trans community, specifically since in 2019 she publicly showed her support for Maya Forstater, who was fired for transphobic comments. In 2020, Rowling criticized an article about “people who menstruate” and spoke about the “erasure of women”, comments against trans terminology that were strongly condemned by the LGBTQ organization GLAAD and sparked an entire movement against it.

Since then, Rowling has become a kind of symbol and visible face of the trans-exclusionary feminist movement, leading many to accuse her of spreading hatred towards the collective, which has sparked an intense and endless debate around her. This has caused several interpreters of the ‘Harry Potter’ saga to clarify publicly that they do not share their positions and support the trans community, including the original trio and the protagonists of the spin-off saga, Eddie Redmayne and Katherine Waterston.

Watson’s words come shortly after the last statements of the writer, who went to Twitter on Women’s Day to reaffirm her positions with several tweets, being accused of transphobia once again. In addition, the author has continued to create controversy and rejection by publicly aligning herself with Caroline Farrow, the campaign director of CitizenGo, the ultra-Catholic, far-right and anti-LGBTQ sister platform of HazteOír.

Apparently, under a Labor government, today will become We Who Must Not Be Named Day.

“Apparently under the Labor government, today will become We Who Must Not Be Named Day.”

This is what Gender Critical is. Allying with the patriarchy because they hate trans people pic.twitter.com/zl7LfUu0vE

Rowling’s controversy reignites less than a month after the world premiere of ‘Fantastic Animals: Dumbledore’s Secrets’, the third installment of the ‘Harry Potter’ prequel saga, where in addition to being its creator, she works as a screenwriter . She remains to be seen if all of this affects the performance of the franchise in any way.

Mon Mar 14 , 2022
Kanye West returned this Monday, March 14, to his social networks ready to turn his family upside down. Kim Kardashian has already ceased to be West after a judge declared her legally single and she has celebrated it by confirming her romantic relationship with Pete Davidson through social networks, so […] 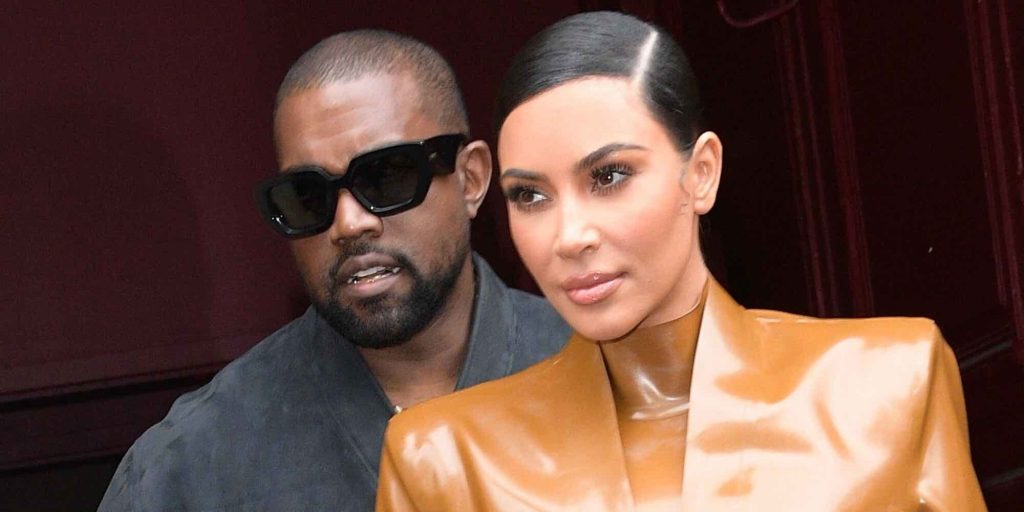