Princess Elisabeth of Belgium is focused on her studies in History and Politics at Lincoln College in Oxford, but that does not mean that she neglects her duties as heiress to the Belgian throne. In fact, the one who is called to be the first Queen of the Belgians in her own right has received extensive military training and is used to official acts since she was little. 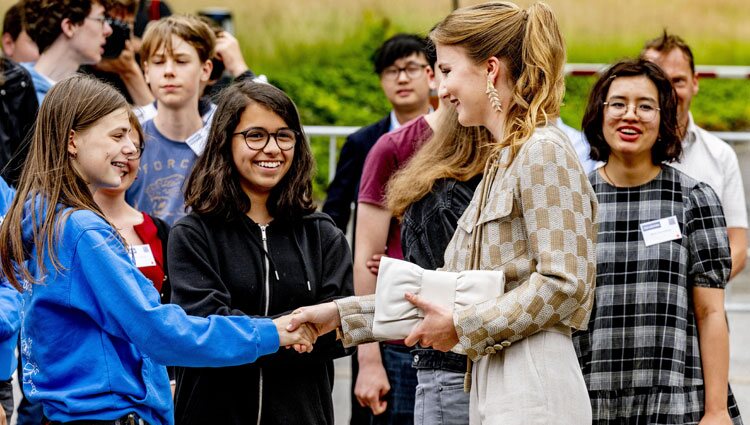 He needed to take one more step, which did not come until June 25, 2022, when the eldest daughter of the King of the Belgians traveled to Ghent to christen the Belgian oceanographic research ship ‘Belgica’, a first official solo act in who wore a white Reiss dress with a Fabienne Delvigne hat to match the bag with which she showed great elegance. And once he finally launched into a solo schedule while taking advantage of her college vacation, he’s stuck with her.

Thus, five days after his first official act, the second arrived. And if it was in Ghent Princess Elisabeth was all glamour, to go to Leuven, where this next engagement took place, she changed her style but still showed her elegance. Thus, the Duchess of Bravante dazzled with an Armani outfit, the same firm that she chose, Armani Privé, to be exact, for the gala dinner for the 18th birthday of Ingrid Alexandra from Norway, where she wore a tiara for the first time. 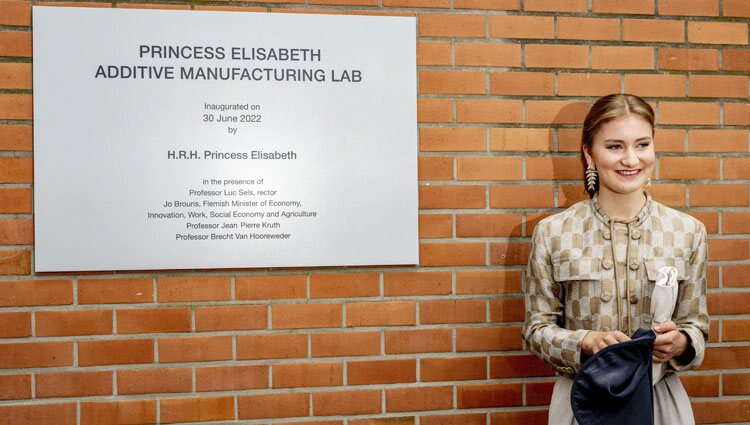 Obviously, this act did not require a tiara, nor did it make sense for her to wear it, but that did not mean she neglected her look. For this reason, she chose an Armani blouse and pants set, also choosing a matching bag that she took from the closet of her mother, Queen Matilde of Belgium, thus following the style of other royals of her generation who pull from their mothers’ dressing rooms. for their official acts and public appearances.

In search of more women science and technology students

Stylistic issues aside, this second act took the heiress to the Catholic University of Louvain, where she went to inaugurate a 3D printing laboratory that has been baptized with the name of Princess Elisabeth, that is, with the name of the Belgian heiress. That is why she traveled there, she discovered a commemorative plaque of her time there, she got to know the Department of Mechanical Engineering of the Catholic University of Louvain and of course she enjoyed a guided tour of the new laboratory that the her name. 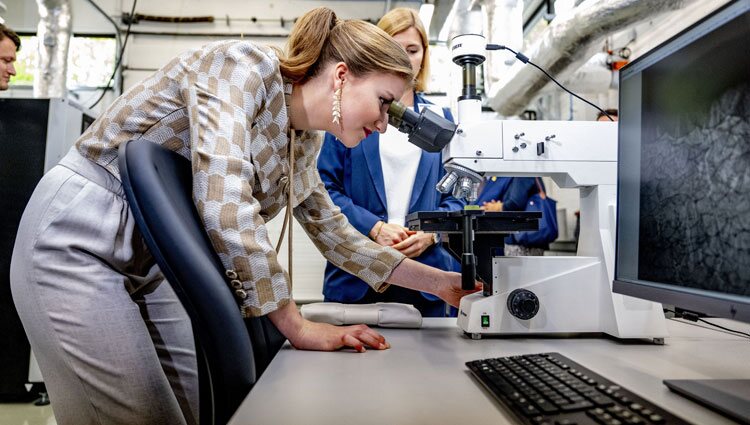 As the Belgian Royal House pointed out, this Princess Elisabeth laboratory aims to develop the materials, machines and 3D applications of the future while training a new generation of engineers in these new production techniques. By associating her name with this new laboratory, Princess Elisabeth and the Catholic University of Leuven seek to stimulate a new generation of female students for science and technology courses.

Football Manager 2022: Everything you need to know about the game

Fri Jul 1 , 2022
For all football fans who wish to test their managerial skills, a great video game to do this is Soccer manager. This videogame series, developed by Interactive sport and published by SAW since 2004, it boasts numerous titles to date, each with its own specificities, novelties and improvements. The newest […] 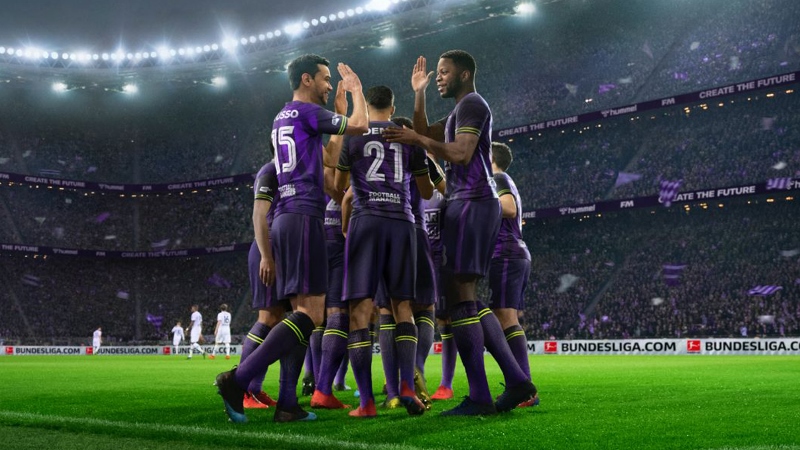