When the second trailer for ‘Doctor Strange in the Multiverse of Madness’ was released during the Super Bowl, there was one name that rose to the top of Twitter trends at breakneck speed. In the trailer for Sam Raimi’s film there is a moment when we see Stephen Strange (Benedict Cumberbatch) appear in handcuffs before a kind of council, and although we don’t get to see his face, we do hear a mysterious voice. But far from having debate, practically all the fans agreed on a single possibility: Patrick Stewart.

The actor is not unknown in Marvel, but he is within the UCM because the mutants have not yet made their appearance in the Marvel Studios franchise because the rights were held by 20th Century Fox. Since the purchase of the studio by Disney, the fans are looking forward to the X-Men debut in the saga. And we may have a first mutant contact in the sequel to ‘Doctor Strange’ with the cameo of Charles Xavier himself, the character of Stewart.

The journalist Kevin McCarthy had the opportunity to speak with him recently and the actor reacted to the furor that his possible appearance aroused when the trailer was released: “I don’t usually look at social networks a lot, but I have to say that before I went to bed that Sunday I had a ton of communications that night from friends and people I don’t even know referencing the trailer and saying ‘oh, is that you?’Of course I was just home waiting to watch some football, right? how could it be me? We’ll have to wait and see, right?”

This was such a fun conversation. We covered a lot about his history with him with the Picard character. Will post the full version soon. pic.twitter.com/JPPX1KDVYS

In another interview with Comic Book he tries to throw balls out: “People have been imitating my voice since I first got on stage 60 years ago. I can’t be held responsible for that.” She also highlights a big problem that would make it very difficult for her to return to the character, and that is that her Professor X already had the perfect ending: “If we hadn’t done ‘Logan’ then yes, I would probably be ready to go back to that wheelchair again and be Charles Xavier. But ‘Logan’ changed everything.”

When the reshoots of the film were going to start, something quite usual in Marvel, it was reported that they were going to take advantage of the filming to introduce some more cameo or wink given the success that ‘Spider-Man: No Way Home’ had been and the fact that the sequel will directly deal with the multiverse. In addition to Stewart’s name, none other than Tom Cruise has also been mentioned as a variant of Iron Man, a role for which he was considered before Robert Downey Jr. was chosen.

On May 6, the multiversal chaos will be unleashed again with the theatrical release of ‘Doctor Strange in the Multiverse of Madness’. Benedict Wong, Rachel McAdams, Elizabeth Olsen, Chiwetel Ejiofor and Xochitl Gomez round out the starring cast.

How do i do it? Nun helps a doctor and her family to escape from Afghanistan

Sun Feb 20 , 2022
When Sister Deirdre “Dede” Byrne answered the phone in December 2021, a young man on the other end of the line told her something disturbing and hard to believe. “My mother is a doctor. You worked with her more than a decade ago in Afghanistan, in an American camp near […] 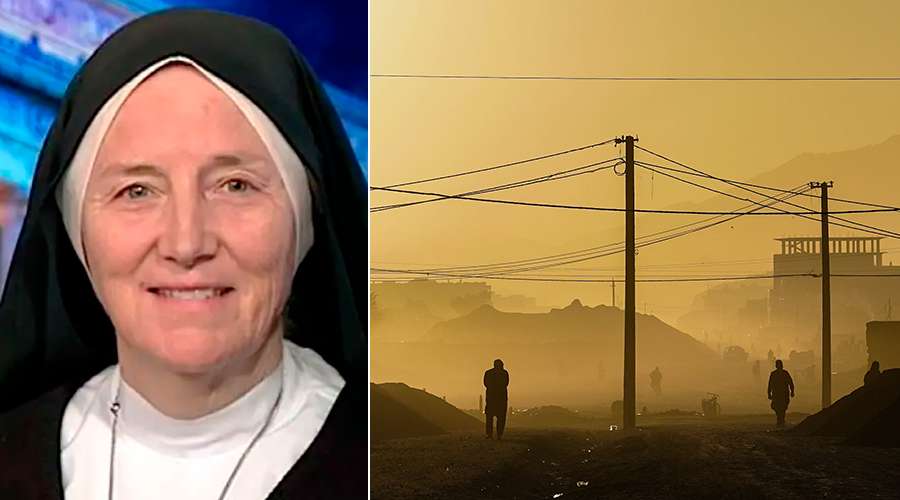