* If you haven’t seen ‘Doctor Strange in the Multiverse of Madness’ and its post-credits scenes, don’t read any further!

‘Doctor Strange in the Multiverse of Madness’ is already a hit. With the data that is leaving at the box office there is no debate in this regard. Only one week has needed this sequel starring Benedict Cumberbatch and Elizabeth Olsen to exceed 500 million dollars worldwide, and in Spain it is also marking an impressive collection.

So the triumph of Marvel Studios in this regard is more than clear. Now, everything else is up for debate in a pretty beastly movie for the Marvel Cinematic Universe. Many fans have been surprised at how explicit it is in certain scenes, even questioning that PG-13 (rating comparable to a not recommended for children under 13 years); and highlighting that the terror that its director warned about, Sam Raimi, is really very present. But is it for that?

In addition to this point, we reflect on the development of the plot of Wanda / Scarlet Witch, one of the most beloved female Marvel characters. After that redemption that we saw at the end of ‘Scarlet Witch and Vision’, Wanda allows herself to be corrupted by the Darkhold and fully embraces her darkest side, killing while she assures that she is not a monster but a mother. This point causes almost as much controversy as uncertainty. Where are we going with Phase 4?

loki is the key

Michael Waldron, responsible for the script for ‘Doctor Strange in the Multiverse of Madness’, was the chief writer for the first season of ‘Loki’, a vital series to understand certain elements of this sequel. Hence, we remember some key points of that fiction starring Tom Hiddleston that seems to have been left behind in terms of key points of the multiversal plot, but things are not that simple. Waldron, architect of the multiverse, launches in said series a much-needed base to answer some of the questions proposed by ‘Doctor Strange 2’, whose script, more or less flows, seems to have no gaps, sure?

* ‘Doctor Strange in the Multiverse of Madness’ is only available in theaters starting May 6.

LIVE VIDEO: Pray at the Sanctuary of Our Lady of Fatima, Portugal

Fri May 13 , 2022
Thanks to technology, you can visit the famous Sanctuary of the Virgin of Fátima by live video in real time, where Mary appeared to three humble little shepherds in 1917. “Do not be afraid. I am not harming you”, said the Virgin Mary on that occasion to the three little […] 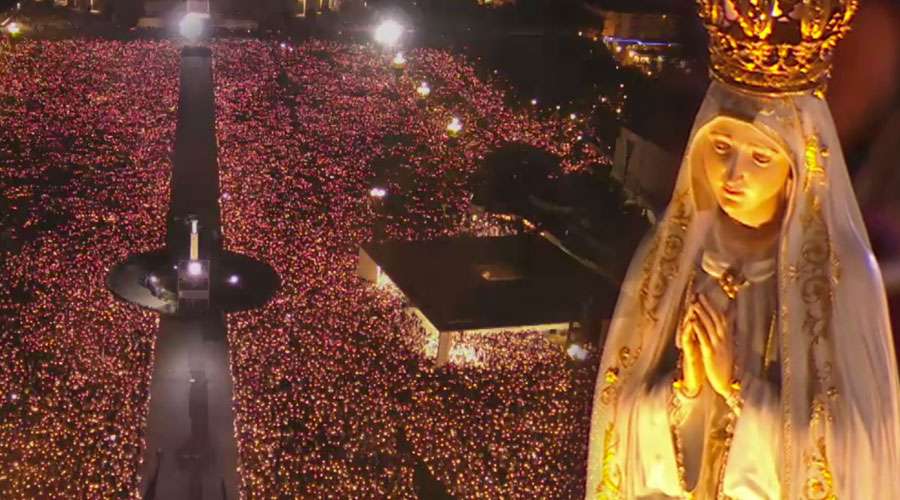