‘Doctor Strange in the Multiverse of Madness’ had to live up to its title, which is why Benedict Wong felt disoriented the first time he read the script for this Marvel Studios movie, directed by Sam Raimi and starring Benedict Cumberbatch, Elizabeth Olsen and Xochitl Gomez. “The first time I read the script it seemed very confusing to me, ‘where are we? Which Doctor Strange are you referring to?'”, advances this actor determined to answer without details and keeping the secret.

Wong explains that they had “a kind of guide in which what was happening in the different universes was visually considered in a parallel way”, something like a white board to go to when one no longer knew where to go. In addition, this interpreter remembers what it was like to add the pandemic to said tremendous plot mess, assuring that “it was very hard for the team, for everyone. It was the madness of multi-schedules for us.” Luckily, the team managed to pass the test and “Doctor Strange 2” hits theaters on May 6 at the hands of a Sorcerer Supreme who “may have to transform his school into a kind of fortress.”

“Wong is preparing Kamar Taj, now that he’s Sorcerer Supreme and has this new level of responsibility, and obviously he’s going to stand up to the evil that lurks, which I can’t talk about,” Wong advances, not wanting to give away too much. And it is that Marvel is like crazy trying to avoid spoilers, hence Wong responds with the utmost care, and that the press has only been able to see 20 minutes for the interviews. Of course, despite the secrecy, Wong does not hesitate to talk about the possible confrontation that would arise between his character and Doctor Strange / Scarlet Witch. Incarnating a pillar of the mystic arts whose ultimate goal is to protect the natural order against beings from other dimensions, Wong, if he has to face the heroes to do what he considers right, will he do it? “Possibly, yes,” the actor confesses.

“‘Scarlet Witch and Vision’ and ‘Spider-Man: No Way Home’ collide and lead us to this movie where the cracks into alternate realities, and the new characters that come through it and into our dimension, go to become our obstacles”.

If Benedict had to decide it would be clear: much more Wong is needed and “more than animation, the same a couple of series”. This actor does not hide his enthusiasm for a character that he approaches with humor, joking about his day to day at Kamar Taj, where he has a great time doing karaoke with Shang-Chi and Katy. Beyond this, little is known about what is going on in this corner of Kathmandu, something that Wong would like to remedy. “I’m looking forward to finding out what the heads of the Marvel Cinematic Universe will come up with for my character. Maybe find out what happened in those five years that we haven’t seen him.” Will Marvel consider this possibility?

* ‘Doctor Strange in the Multiverse of Madness’ opens only in theaters on May 6.

Wed May 4 , 2022
Pope Francis presided over the General Audience this Wednesday, May 4, from Saint Peter’s Square, where he reflected on the coherence of the faith of the elderly and their example towards the young. Below is the full text of Pope Francis: Dear brothers and sisters, good morning! On the path […] 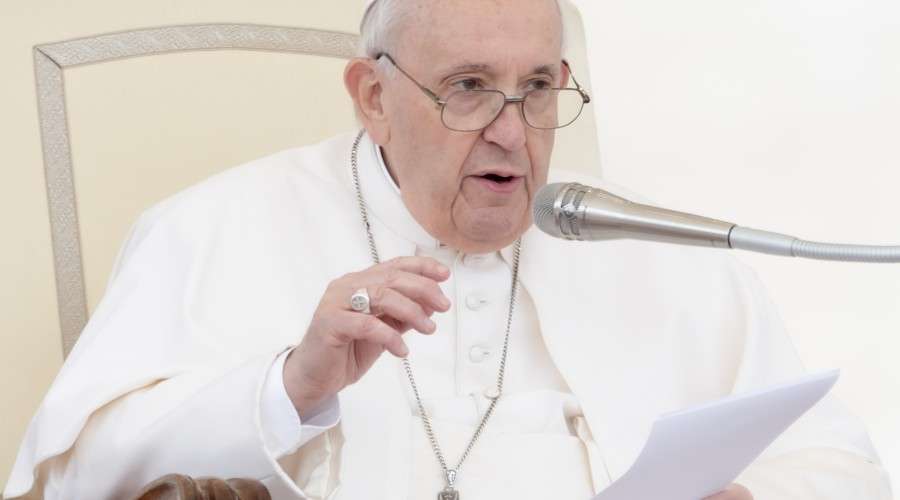