Coinciding with its 25th anniversary, ‘Full Monty’, a BAFTA-winning film, returns to our lives in the form of a miniseries, with the same creative team and the same cast of actors as in its original version. This will premiere on Disney + worldwide, Star Plus in Latin America and Hulu in the United States. The fiction will have 8 60-minute episodes dealing with the history of the original group in the post-industrial city of Sheffield, whose members cope as best they can with the health, unemployment and education problems they suffer on a daily basis.

Screenwriter Simon Beaufoy and producer Uberto Pasolini are leading the project. Robert Carlyle, Mark Addy, Lesley Sharp, Hugo Speer, Paul Barber, Steve Huison, Wim Snape and Tom Wilkinson will reprise their respective roles and, in addition, a completely new cast will be incorporated into the proposal to play the children and grandchildren. of the protagonists. It has also been confirmed that it will be directed by Andrew Chaplin and Catherine Morshead and co-written by Alice Nutter.

The companies Searchlight Television and FX have developed the revival, produced by Little Island Productions with Lee Mason, director of fiction for The House of the Mouse, as executive producer.

Simon Beaufoy shows his enthusiasm for the launch of the series, whose filming has started this March 28 in Sheffield and Manchester: “We are delighted to reunite all the Monty Men who now come accompanied by a chaotic retinue of children, grandchildren, pets, as well as a variety of parasites, being a new opportunity to see what life is like in Sheffield 25 years later.

Adds Lee Mason: “25 years ago, Simon introduced us to a group of funny, fearless and resilient working-class unemployed living in Sheffield, and the world fell in love with them. We’re delighted to reunite the original cast in this new series in Disney+ to catch up with these iconic characters. We’ll get to know how life has been for them since we last saw them on stage in all their glory, and we can’t wait for audiences to meet a lot of new and interesting faces and characters.”

Mon Mar 28 , 2022
Pope Francis received this March 28 at the Vatican two groups of representatives of indigenous populations of Canada who were accompanied by some prelates of the Canadian Conference of Catholic Bishops (CCCB). As reported by the Holy See Press Office, there were two different audiences of one hour each and […] 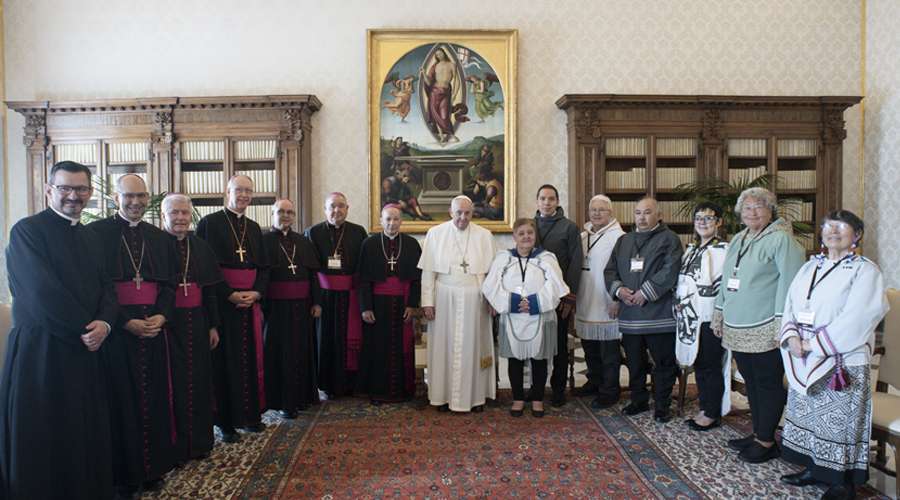