When fans least expected that Deadpool franchise will return for a third installment, it surprisingly got renewed for a third season. Deadpool 3 is finally happening and that Marvel Studios has picked it up for another season. Although the filming isn’t scheduled to begin anytime before 2022, but we at least know that there’s light at the end of the tunnel. Here’s what you can expect from the upcoming MCU movie.

New Script Writers have Joined on board

Since the film has shifted from Fox to Disney-owned, Marvel Studios; it is fair enough to add new elements to the movie. However, it was announced that Molyneux sisters have joined on board and are all set to develop the film’s script. Ryan Reynolds himself met all the writers that were pitching themselves for the Plotline. After a lot of analysis, it was announced that Wendy Molyneux and Lizzie Molyneux will serve as new script writers for Deadpool 3.

So far, there’s no release date for Deadpool 3. Neither do we have any updates regarding the film’s production. However, we know thaat Ryan Reynolds is a very successful and busy actor and has got tons of other work to do as well. As mentioned above,  filming isn’t supposed to begin until 2022. Let’s see when does the superhero film hit the box office.

There isn’t going to be any Deadpool 3 without Deadpool aka Wade Wilson. Henceforth, Ryan Reynolds will reprise his role as the titular protagonist. Besides him, no other cast details are out yet. Moreover, we won’t see some faces from the second part returning in the third installment as most of them died. There are slight changes that we might see Zazie Beets and Josh Brolin reprise their roles again.

The Plotline for Deadpool 3 isn’t revealed yet. All we know is that the movie has got a new set of writers, that means a whole new story. Once the movie starts filming, we might get a hint about what is exact going to happen in the third installment.

Tue Aug 3 , 2021
The Night Agent is an upcoming Netflix original show which is based on the novel written by Matthew Quirk. This Netflix show will be based on an FBI agent whose life is full of excitement and suspense. The FBI agent tries to save the world from terrorist attacks and tackle […] 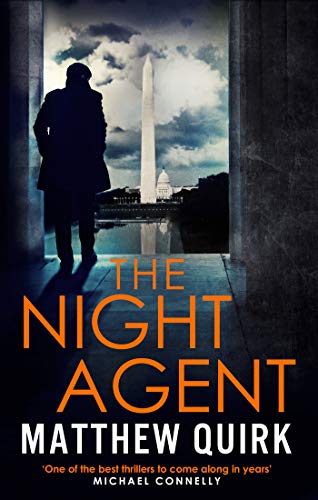