So far the six original series from Marvel Studios for Netflix, ‘Daredevil’, ‘Jessica Jones’, ‘Luke Cage’, ‘Iron Fist’, ‘The Punisher’, ‘The Defenders’ and ‘Agents of SHIELD’; They had been available only on the big red N platform in the US, but two weeks after their rights expired, all of them will make the jump to Disney +, current owner of Marvel. These series cannot be seen from March 1 in almost any territory.

The countdown is on. Marvel’s Daredevil, Jessica Jones, Luke Cage, Iron Fist, The Defenders, The Punisher, and Agents of SHIELD start streaming March 16 on #DisneyPlus. pic.twitter.com/sfoT61XilS

The countdown begins: ‘Daredevil’, ‘Jessica Jones’, ‘Luke Cage’, ‘Iron Fist’, ‘The Defenders’, ‘The Punisher’ and ‘Agents of SHIELD’ will be available to stream on March 16 on Disney+ “. But beware, this tweet refers only to the United States, Canada, the United Kingdom, Ireland, Australia and New Zealand.

And in Spain? Well, in our country, as in the rest of the international markets, we will have to wait, but although no specific date has been announced, Disney has confirmed that they will arrive on the platform throughout this 2022. The one that we can already enjoy here is ‘Agents of SHIELD’, which by the way would have ceased to be canon in the Marvel Cinematic Universe.

According to Deadline, the inclusion of all these series on the platform is the beginning of a new era, because there, which does not include Star in its catalog as in Spain, they only work with age ratings for the whole family, even at most some not recommended for ages 14 and under. All of these Defender series were created with an age rating of 17+, so the parental controls have been updated to accommodate this change.

The media speculates that this way of expanding content seeks to expand beyond family entertainment so that subscriptions also increase from households made up of adults only. “It’s been fun working with Disney+ and seeing how they change the limits of what we can do,” said Kevin Feige, president of Marvel Studios, referring to ‘Moon Knight’, a series that will premiere on March 30 and of which still His rating has not been revealed.

What does this mean in the UCM?

Well, maybe a lot or maybe nothing. It is clear that the fact that Disney regains creative and broadcast control over all these Marvel series would allow the recovery of some of the characters or directly restart / revive the series that were canceled years ago. That could mean that after passing through ‘Spider-Man: No Way Home’, Charlie Cox could become Matt Murdock again in his own series with Vincent D’Onofrio again as Kingpin, whom we already saw in ‘Hawkeye’ ‘, however Disney has not announced any definitive plans in this regard.

Marvel series created specifically for Disney+ include the aforementioned ‘Hawkeye’, ‘Scarlet Witch and Vision’, ‘Falcon and the Winter Soldier’, ‘What If…?’ and ‘Loki’ and ‘Echo’, ‘She-Hulk’ and ‘Agatha: House of Harkness’ among others are in production.

The meeting between Victoria Federica and Rihanna: fashion, Paris and from one royal to another of another type

Tue Mar 1 , 2022
Victoria Federica loves fashion. He has enjoyed her since her childhood, especially with the lessons from her father, Jaime de Marichalar, a true fashion enthusiast. In addition, her aunt, Queen Letizia, despite not being so passionate, is a model of style, so the aristocrat has grown up admiring designers and […] 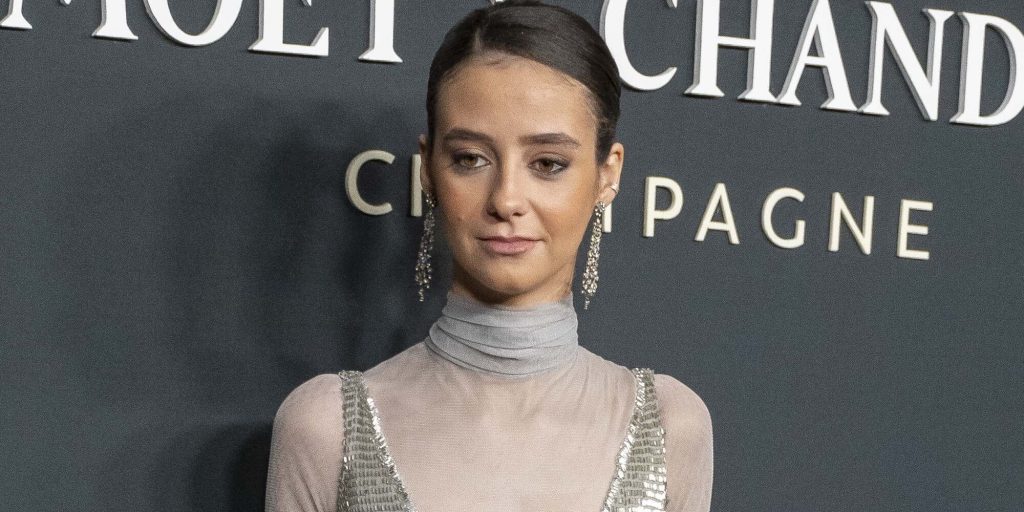