This April 1, ‘Canallas’ hits theaters, the second feature film directed by Daniel Guzmán, who also writes and stars in it. To talk to us about his creative processes, his facet as an actor (of course you recognize him from ‘Aquí no hay qui viva’) and the discovery of Miguel Herrán in ‘A Cambio de nada’, Guzman has come to our Golfa Session podcast.

Guzmán was born in the capital in 1972 and grew up in the Madrid neighborhood of Aluche, the setting for his two films: “Both in comedy and drama, he has been fleeing from the social for a few years, and the social does not have to be at odds with the sense of humor, joy.In the neighborhoods is where you laugh the most. […] It seems that what is social is what is dramatic, what is sad, what is dark, and what is social is wonderful, it has color, they have good canalism”. He tells us that his creativity comes from when he was little, that he spent a lot of time alone and being an only child his imagination developed at home: “I always had a story that I made up, I think that has a lot to do with it, apart from the fact that I have a little more fantasy, I developed creativity by being alone and making up stories.” Before moving to the cinema, Guzman began channeling all that he wanted to express and transmit through graffiti, which he began to paint at the age of 14: “I couldn’t manage my parents’ separation well because I didn’t understand it, at that time I didn’t there were separations, I was the weirdo of the neighborhood”. […] It was one of the most beautiful times of my life, when I painted.” He signed as Typhoon and used his art to make social criticism.

Working as a messenger, waiter or in construction and with the help of his parents, he paid for acting classes with William Layton, acting teacher, and considers that all this experience is the source and what has given him the ability to tell now their own stories. Of course, before directing, Guzman entered the industry through television and was very successful in series such as ‘Hermanos de leche’, ‘Menudo es mi padre’, ‘Policemen, in the heart of the street’ or ‘London Street’. Then came ‘Here there is no one who lives’.

During all the time he was in Alberto Caballero’s comedy, Guzman felt the concern of writing and directing and left the series when the work process changed due to the increasing demands of Antena 3: “At first I wasn’t going to do the series and my representative at the time was very insistent, in fact I went to the first reading to apologize and tell them that I couldn’t do it because I had to direct my first movie. When they offer me the role, before reading it, I say up to three times that I can’t, I need to make my movie. So I read it and was blown away by how good it was.” Still he said no and no and no, but he went to the reading room, an Italian table in the offices, and when he went home the doubts began. After the success of the series on television, the shooting times became hectic and they were given the scripts only a week before: “You didn’t have time to work on it well. They even gave us sequences at the same time, before recording them, the work process was neglected”.

A perfectionist to the limit

When he stopped enjoying himself and the rhythm was insufferable, he left Desengaño 21, although as he himself admits, something similar happens to him in all the series: “I only did about 3 seasons because immediately when I get a result, if I see that I’m going to accommodate, I get overwhelmed and I have to go to something else. I left ‘There is no one alive here’ to do theater and ‘La familia Mata’ to do ‘In exchange for nothing’ and I spent 10 years trying to raise it”. An entire decade, which is soon said, but it all has to do with the perfectionism that he demands of himself: “I have a problem with that, it will accompany me all my life, it haunts me. I’m a bore, that’s why ‘A I change nothing’ took me 10 years and ‘Canallas’ 7. Perfectionism is fascism, in art and in politics there are many points of view”

His grandmother, says Guzman, marked his personality, and that is why in his two films he talks about “those older people who are in our lives and are role models. Also about how life is, that the labor market from the age of 50 considers that you no longer have anything to do. In all my teams I have 30 or 40% of people from 60 to 70 years old because I think they give you a way of working that improves filming”. He found Herrán when he was leaving the theater, precisely looking for a non-professional actor because of the truth they bring to the projects: “I wanted the protagonists of ‘In exchange for nothing’ to be people from the street, who had some truth, naivety and nobility”. After years of searching and searching and only a couple of months after starting to shoot, Herrán was found with two friends: “I saw some sadness and pain in his eyes, which was very special.” Of course, it was difficult for him to convince him to accept and he vampirized him for months: “I took away his personality and breathed another one into him. I transformed him.”

About ‘Canallas’, the project that he is now promoting, he tells us that it is “very crazy, very crazy, that drinks from a conventional narrative structure, but the situations are very punk, and the characters, how authentic and different they are, each time I see them more universal”. The film is produced by Movistar Plus+, which opted for it precisely because it is something different: “Look at the fact that right now, on all platforms, all the films are somewhat correct, not the same, but more or less you know what is going on to happen and that makes it have a lot of catalogue, but it takes less time to go to the cinema than to choose one of them”.

‘Canallas’ opens in theaters on April 1.

Alain Delon has requested euthanasia, as confirmed by his son Anthony

Fri Apr 1 , 2022
Alain Delon, one of the great living legends of French cinema, has announced his intention to request assisted suicide. The 86-year-old actor, star of emblematic feature films such as ‘In full sun’ or ‘El gatopardo’, has asked his son Anthony to begin euthanasia procedures. This has been confirmed by his […] 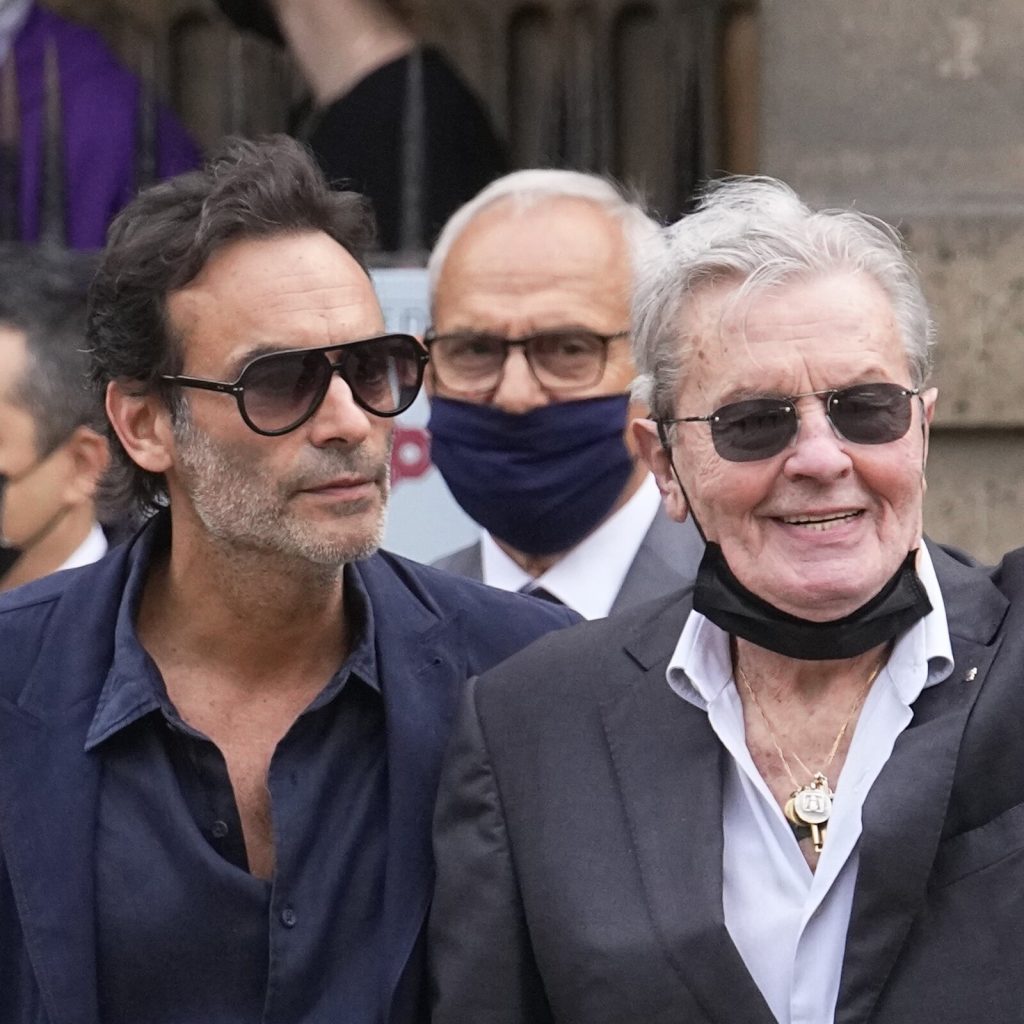