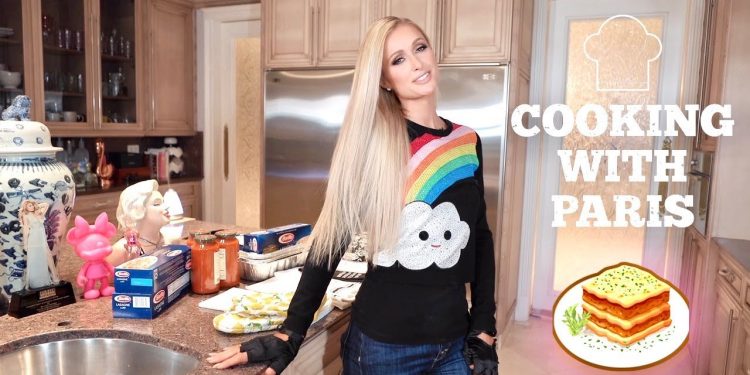 0
SHARES
63
VIEWS
Share on FacebookShare on TwitterShare on WhatsApp

Paris Hilton’s YouTube cooking show Cooking with Paris is all set to make its debut on Netflix. Are you ready to make a mess in your kitchen with Paris Hilton? The heiress is all ready to entertain her audience with her cooking skills, though she isn’t a cook herself. So, foodies here’s your chance to enjoy cooking along with catching phrases of Paris Hilton.

Is Paris Hilton a Real Chef?

Paris Hilton is an American businesswoman, socialite, media personality, singer, actress, and DJ. However, she isn’t herself a chef but loves to do it out of personal interest. She has a cooking series on her YouTube channel titled, “Cooking with Paris”, which is arriving very soon on Netflix. Paris Hilton enjoys cooking as much as she enjoys eating.

Release Date and What to Expect from the Show

The Netflix cooking series is all set to premiere on August 4 this year. Although Paris Hilton isn’t a chef, her recipes have become a sensation recently. Besides mouth-watering and scrumptious recipes, the audience can expect episodes full of laughter and giggles. We will witness Paris’ efforts trying not to end in flames. However, with fresh ingredients, new appliances, and good food; one can expect entertainment overdose from Cooking with Paris.

Although Paris Hilton is the hostess and star of her show, she will have celebrity guests and family members aboard. We will some celebrities and her family members joining her in between the episodes for a little chit-chat.

The official synopsis of Cooking with Paris is out now. It says that Paris Hilton is going to turn the traditional method of cooking upside down. She isn’t a chef and doesn’t hope to become one. With the help of her celebrity friends, she will rule the kitchen in her own way. Moreover, we might see her taking the audience right from the grocery store to a finished table.