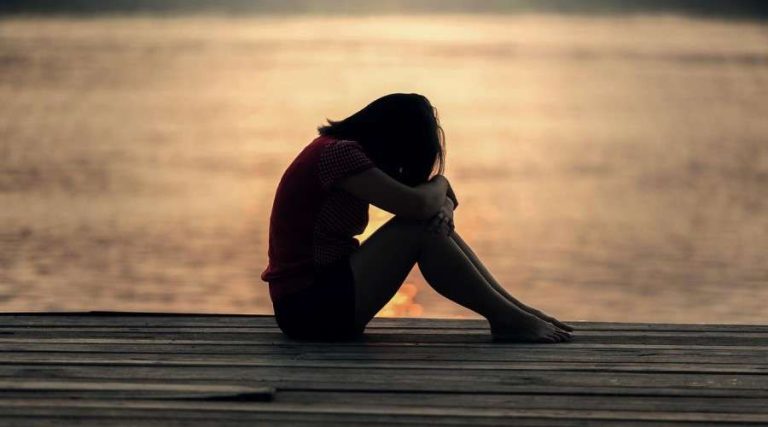 The Councilor for Youth of the City Council of Vilassar de Mar, near Barcelona (Spain), Montserrat Gual, has submitted her resignation after the controversy generated by a sexually explicit gymkhana aimed at minor children held last July. From the consistory it is recognized that the councilor did not know “the […] 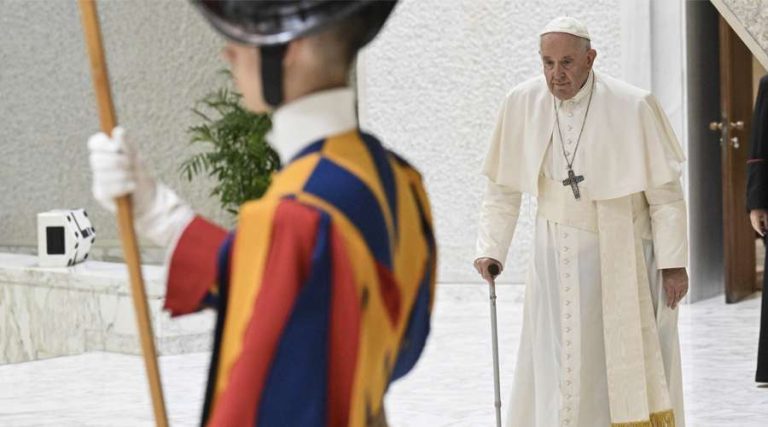 Pope Francis once again expressed his closeness to Cuba on the occasion of the recent explosions at an oil base located in the town of Matanzas, which caused numerous victims. During the General Audience this Wednesday, August 10, the Holy Father addressed prayers to the Virgin to “watch over the […]

Pope Francis mourned the death of Cardinal Jozef Tomko, Prefect Emeritus of the Congregation for the Evangelization of Peoples, who died on August 8 in Rome at the age of 98. This Slovakian Cardinal was the oldest Cardinal in the world and began his service to the Holy See in […] Slovak Cardinal Jozef Tomko, Prefect Emeritus of the Congregation for the Evangelization of Peoples, died on August 8 in Rome at the age of 98. Jozef Tomko died at his apartment in Rome, where he was cared for by the Sisters of Charity of Saint Vincent de Paul, Vatican News […] 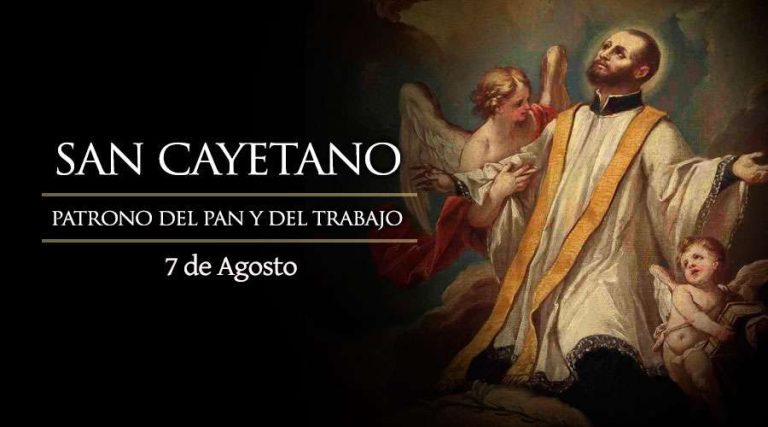 Every August 7, the Catholic Church celebrates San Cayetano, patron saint of bread and work. “In the oratory we pay God the homage of adoration, in the hospital we meet him personally”, used to say this noble man, also known as the “saint of Providence”. Spirituality versus frivolity Cayetano de […] 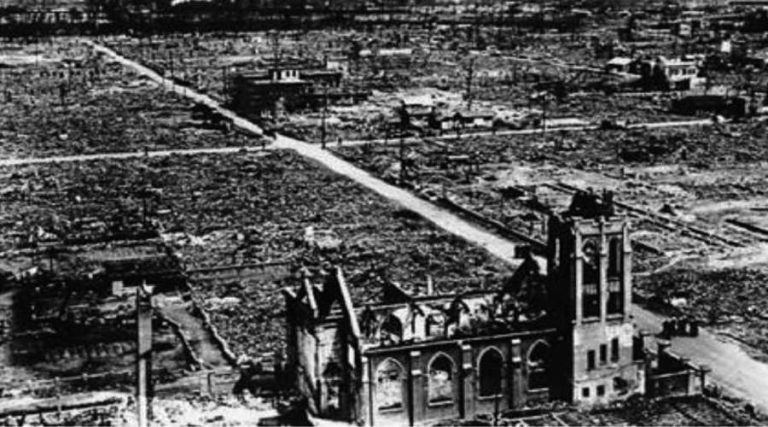 On August 6, 1945, during World War II, the United States dropped the Little Boy atomic bomb on the Japanese city of Hiroshima, causing the immediate death of 140,000 people. However, in the midst of the tragedy, the so-called Miracle of Hiroshima also occurred, an episode that was documented by […] 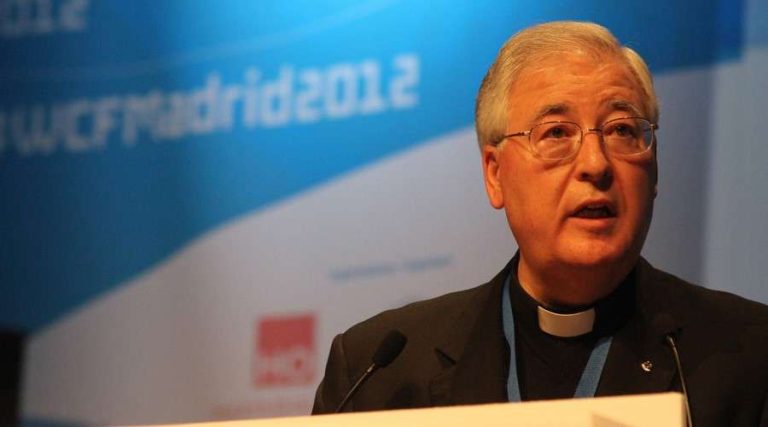 Starting this Friday, the Spanish version of the Eternal World Television Network (EWTN) makes available to its followers 13 conferences given by the Bishop of Alcalá de Henares (Spain) Mons. Juan Antonio Reig Pla under the motto “If you want peace, defend life”. These are 13 comments lasting about 25 […] 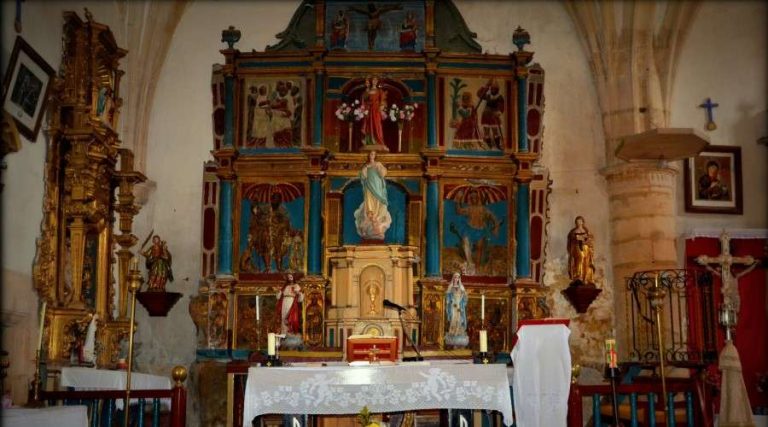 A crowdfunding campaign through the Hispania Nostra Foundation has obtained the necessary funds to recover the 16th-century altarpiece threatened with ruin in a small town in the north of Spain where only seven residents live throughout the year. Terradillos de Sedano is a small group of houses in the valley […]

At the conclusion of the General Audience on Wednesday, August 3, Pope Francis recalled the second anniversary of the explosion in Beirut, the capital of Lebanon, and encouraged the International Community to continue helping this country on its path of “rebirth”. . The Holy Father referred to the explosion in […] 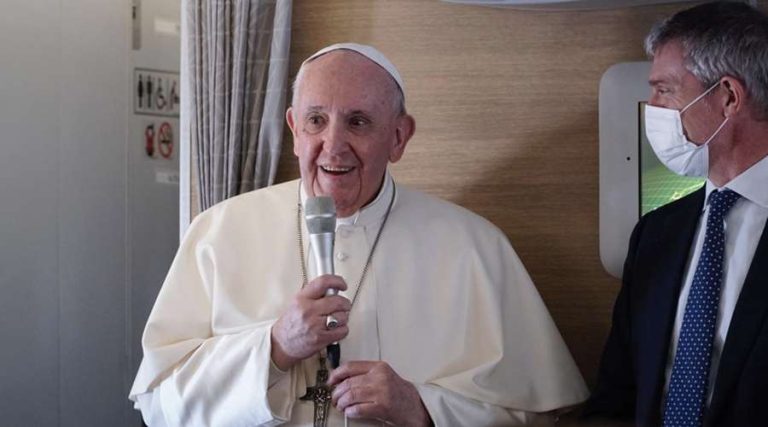 The Holy See Press Office published this August 2 the official program of the apostolic trip that Pope Francis will make to Kazakhstan from September 13 to 15, 2022. Kazakhstan had been proposed as a possible country that could serve as a neutral venue for a new meeting between Pope […]