After almost 10 days of Spanish cinema, the Malaga Festival closes the doors of its 25th edition this March 27, in which the film ‘Cinco lobitos’ has been the great winner with four awards, one of them ex aequo. Alauda Ruiz de Azúa’s debut feature, the film shows the shock of a new mother who returns to her parents’ house temporarily and discovers that despite her new family role, she has not ceased to be her daughter as well. In addition to winning the Biznaga de Oro for the best Spanish film, it has also won the awards for best screenplay (by Ruiz de Azúa herself based on a personal experience), best female performance for the two protagonists, and the special award for the public. ‘Cinco lobitos’ is released in commercial theaters by BTeam Pictures on May 20.

In the rest of the categories, the Bolivian film ‘Utama’, directed by Alejandro Loayza Grisi, stands out. It has triumphed in the categories of best Ibero-American film, best direction, best music and has also won the critics’ special award. The film takes place in the Bolivian highlands, where an elderly Quechua couple faces a dilemma: resist during an unusually long drought or be defeated by the environment and the passage of time itself. Other films that this year have been recognized by the Festival are ‘My vacuum and I’, by Adrián Silvestre, about the path of a trans person defining her identity; ‘The Gigantes’ by Beatriz Sanchis, a road trip between Los Angeles and Mexico; ‘Love me’ by Leonardo Brzezicki starring Leonardo Sbaraglia; ‘A mãe’ (‘The mother’); and ‘Private messages’ by Matías Bize.

Also during the Festival, but one night before, Javier Calvo and Javier Ambrossi received the Málaga Talent award, which is granted in collaboration with the newspaper La Opinión de Málaga. The couple of filmmakers were accompanied on stage by their usual collaborators: Yolanda Ramos, Macarena García, Lola Rodríguez, Jedet, Daniela Santiago, Sonia Martínez, Gris Jordana, Ana Rujas and Claudia Costafreda, with whom they have worked on ‘Paquita Salas’ , ‘Poison’ or ‘Thistle’. In addition, the musician, actor, director and writer John Cameron Mitchell, creator and star of the musical ‘Hedwig and the Angry Inch’, who turned the gala into a party, also took to the stage of the Cervantes theater.

? Congratulations to both of you, Javier Ambrossi and @javviercalvo, for this great prize and this great race ahead of you! #25FestivalMalaga pic.twitter.com/UxWQAMg8sx

In previous editions this recognition has been given to names such as Oliver Laxe, Rodrigo Sorogoyen, Raúl Arévalo or Carlos Marqués-Marcet. Next year, in 2023, the Malaga Festival will be held in the Andalusian city from Friday 10 to Sunday 19 March.

– Biznaga de Plata special jury prize: ‘My emptiness and I’, by Adrián Silvestre

– Special Mention of the Jury: ‘The Gigantes’, Beatriz Sanchis

– Silver Biznaga for the best music: Cergio Prudencio for ‘Utama’

Sat Mar 26 , 2022
Ana María Aldón began the afternoon on ‘Viva la vida’ with a broad smile and happy to have resolved her little crisis with José Ortega Cano. The collaborator has made reference to the issue that there is some part of her husband’s family that harms so that things do not […] 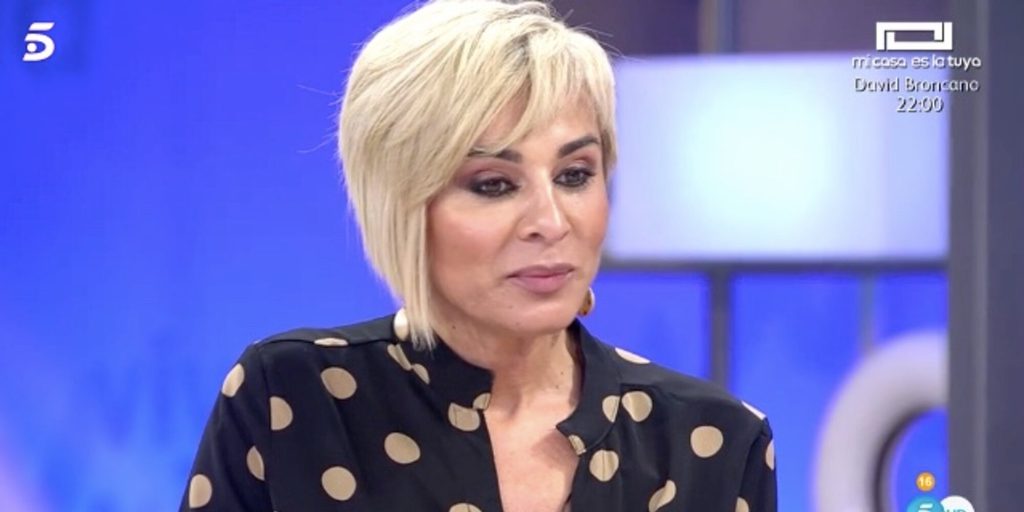