Supernatural TV shows often get the audiences gripped till the very end, keeping them guessing. One such show is CW’s “Charmed“. The season finale has already aired and is on its way to Netflix soon.

CW’s Charmed is an American supernatural tv series which is a reboot of a show of the same name from the early 2000s. The pilot aired in 2018. Following their mother’s death, sisters Mel and Maggie are greeted by Macy, who posed as the third sister their mother never told them about. Soon the sisters begin exhibiting inhuman powers and are revealed to be powerful witches, who meet their whitelighter, their advisor – Harry Greenwood.

After much anticipation, Charmed Season 3 started airing from January 24th, 2022 and now that the finale has aired too, it will be on Netflix soon. Unlike the previous 2 seasons, Season 3’s production has been pushed time and again due to the pandemic. The season finale aired on July 23, 2022 and therefore, it might arrive on Netflix by July 31, 2022 or by the first week of August.

Melonie Diaz (Mel) and Sarah Jeffery (Maggie) will return. Madeleine Mantock, who played Macy, bid the show goodbye long before the finale had aired. However, with creators “keeping the door open” for her to return, we might see her again. Other cast members like Ser’Darius Blain (Galvin), Ellen Tamaki (Niko), Rupert Evans (Harry), Nick Hargrove (Parker), etc will return.

Thanks to the CW release, we already know the plot and events of Season 3. Macy and Harry’s potential romantic relationship is explored. The Faction continues to close in on the Sisterhood. Now the sisters have to constantly watch over their shoulders as they face supernatural obstacles on their journeys. Macy will meet a tragic life-threatening event as the others would struggle to get her out of it.

Charmed met a lot of criticism, which comes by default with every series reboot. Comparisons are drawn, dissimilarities are pointed out. However, fans of the show enjoy it anyway, especially with better production and technology than the original one.

Wed Jul 28 , 2021
Open endings are good, as viewers can see the end how they want to. But they’re torturous for people who want more. After that crazy ending of Season 2, Sky Rojo fans are wondering if there will be another season. We’ve got you covered. Let’s Recap Sky Rojo is an […] 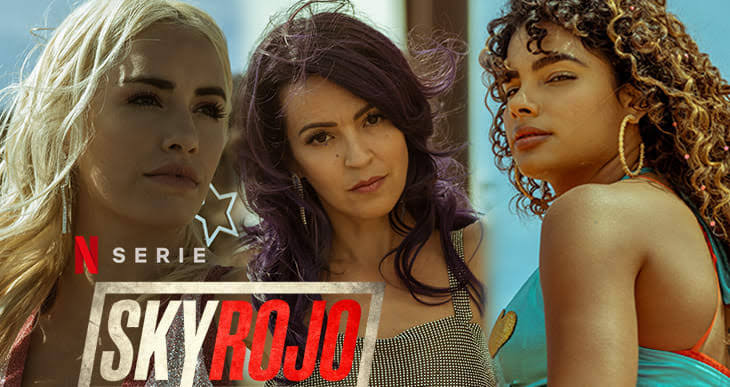