Given the recent decriminalization of free abortion up to 13 weeks in the Mexican state of Sinaloa, the Diocese of Culiacán issued a harsh warning: Catholic politicians who voted in favor of this law cannot receive the Eucharist or be godparents in other sacraments.

In an open letter, Fr. Miguel Ángel Soto Gaxiola, diocesan head of the Culiacán Commission for Life, Family, Youth and Laity, told the Catholic deputies who voted in favor of decriminalizing abortion in Sinaloa that yes “ they are denied Communion, it is not at all an ecclesiastical sanction but the recognition of the objectively unworthy state of a person to receive Holy Communion”.

Deputies who approved abortion in Sinaloa will be left without communion and sacraments of the Catholic Church! Nor can they be godparents at baptisms, communions or weddings. pic.twitter.com/J1FlZcBqyR

On March 8, with 28 votes in favor, 2 against and 9 abstentions, the Sinaloa Congress approved a series of reforms to Sinaloa state regulations, such as the Penal Code, the Health Law, the Family Code, the Civil Code and the Law on Women’s Access to a Life Free of Violence.

The vote came just half a year after the Supreme Court of Justice of the Nation (SCJN), the highest judicial body in Mexico with powers of a Constitutional Court, declared invalid that the Sinaloa Constitution protected life from conception.

In the letter addressed to the deputies, Fr. Soto Gaxiola pointed out that “today we have many people scandalized by the public betrayal of Church teaching on the faith and morals of those legislators who call themselves ‘Catholics’”.

“Indeed, the question of the faithful is coherent and makes sense, How can a faithful who openly promotes and is in favor of policies contrary to life approach Mass and receive communion?”, he continued.

After recalling that “from the Magisterium of the Church, the value of life has always and at all times been defended from conception to natural death”, the priest responded to those who justify themselves by saying “personally believe in the immorality of abortion” to at the same time favor “public policies” that include the legalization of this practice.

Citing the Encyclical Evangelium Vitae of Saint John Paul II, the Mexican priest specified that “this is an erroneous theory, since ‘no circumstance, no purpose, no law can make an act lawful that is intrinsically illicit, since it is contradictory to the Law of God, which is written in every human heart, known by reason itself and proclaimed by the Church’.

“Answering the question: can a Deputy or any person who professes to be a Catholic, while openly cooperating or legislating against life, receive Holy Communion? No. He cannot approach Sacramental Communion. Nor can he be a godparent or companion of other people who want to receive other sacraments like baptism,” he said.

At the end of his letter, Fr. Soto Gaxiola asked the Mexican Catholic deputies “to be consistent with their faith” and not abdicating “the personal responsibility to vote conscientiously.”

Today is the feast of Saint Orione, tireless worker of Divine Providence

Sat Mar 12 , 2022
Today, March 12, the Catholic Church celebrates Saint Louis Orione, although the Salesians, Orionists and some other congregations commemorate him on May 16. Luis Orione was the founder of the so-called ‘Little Work of Divine Providence’ as well as other institutions dedicated to the most needy; all of them inspired […] 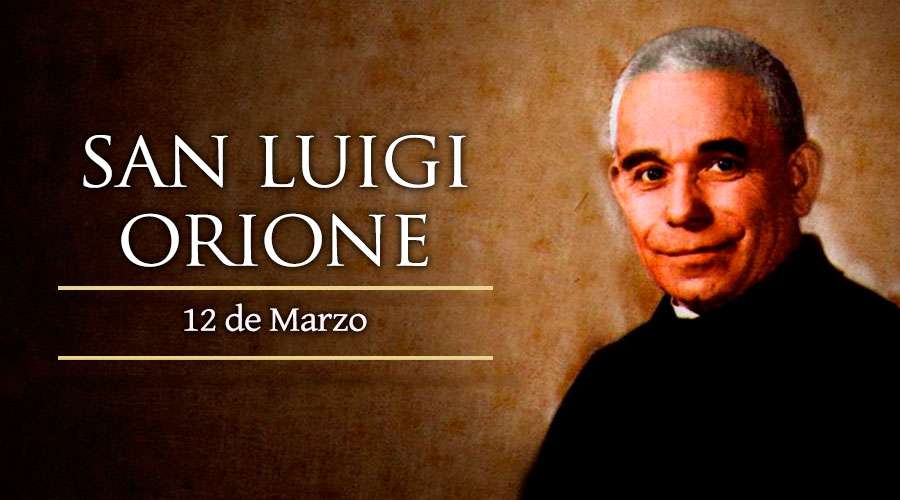